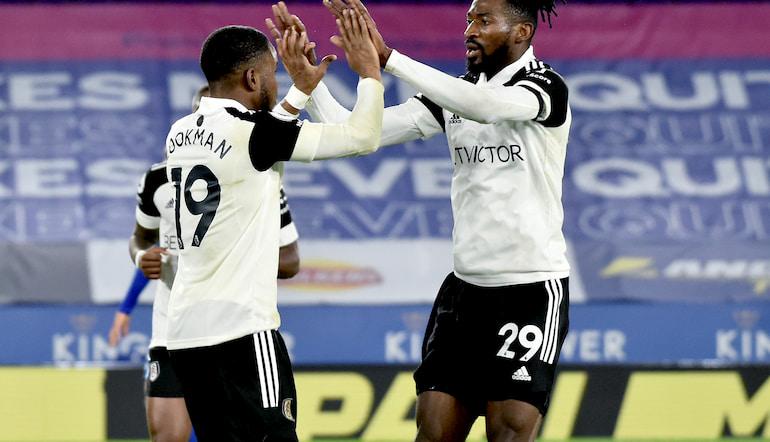 With Fulham securing promotion to the Premier League ahead of the 2020/21 season, the Cottagers needed to invest heavily in the transfer window.

888sport is the place to be for all of the latest confirmed Fulham transfers, Fulham transfer fees and signings – can Scott Parker’s side avoid relegation back to the EFL Championship?

Football betting odds have Fulham as favourites to drop out of the Premier League though fans will hope that these completed transfers can make a positive impact.

The Cottagers have developed a reputation as a selling club in the transfer window over the years but that has changed somewhat since Shahid Khan bought the club in 2013.

Promoted to the Premier League via the playoffs in 2019/20, Fulham adopted their famous black and white colours in 1903 and the Cottagers are easily recognisable.

Fulham play their home fixtures at Craven Cottage, which currently has a maximum capacity of 25,700 though an extension to the Riverside Stand will see that increase to 29,600.

Despite their long history, Fulham have never won a major trophy. In fact, the west London outfit have reached just two major finals – losing on both occasions.

Fulham suffered a 2-0 defeat to West Ham United in the 1975 FA Cup final before losing 2-1 after extra-time against Atletico Madrid in the 2010 Europa League final.

Most Fulham fans consider their closest rivals to be Chelsea. With just two miles separating Craven Cottage and Stamford Bridge, this is a real west London derby.

Meanwhile, Fulham also have an intense rivalry with Queens Park Rangers. Both clubs have yoyoed between the Premier League and Championship and have enjoyed some thrilling fixtures in recent years.

In addition, Fulham enjoy close rivalries with other London clubs, including but not limited to Brentford, Crystal Palace and Arsenal. However, Chelsea and QPR are Fulham’s fiercest rivals.

Shahid Khan completed the takeover of Fulham Football Club in 2013, purchasing the club from Mohamed Al Fayed for an undisclosed fee.

Khan is the CEO of Flex-N-Gate Group and owns National Football League team Jacksonville Jaguars in the United States.

According to reports, Khan paid an estimated £150-200 million to acquire Fulham but the exact fee has never been confirmed or made public knowledge.

The Cottagers owner has been keen to invest heavily in the club, breaking the Fulham club transfer record fee on a number of occasions.

Scroll down for the highest Fulham signings and record transfer fees received by the club – could we see Fulham spend big in the upcoming transfer window?