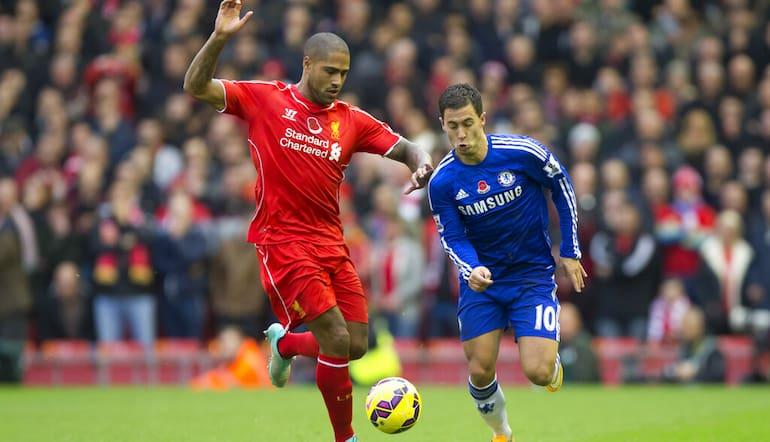 As Liverpool and Manchester City prepare for one final bout in an engrossing title scrap, former Reds and England defender Glen Johnson believes Jurgen Klopp’s side remain at a serious disadvantage off the pitch.

"Financially to Man City, everyone is the underdogs and that’s unfortunate but clubs looking to sell their players will always want the most money. That narrows it down, doesn’t it. So, Liverpool probably are second to City in their financial power.

"For the players, if they go to City, they know they’re going to be competing strongly in every competition. But if it was fan-base, it would be Liverpool all day long. Unfortunately, money talks.”

With this being the case, the Merseyside giants have had to play it especially smart in the transfer market in recent seasons with a strategy that has greatly impressed the full-back, who flew up and down Liverpool’s right flank for six seasons, leaving in 2015.

"Liverpool don’t bust a gut to go for the next superstar or the biggest name. They find a hidden gem, players who you question if they’re good enough for Liverpool and then they arrive and hit the ground running. Then you realise they’ve got an unbelievable player.

"Look at Jota who was good at Wolves, but was he good enough to step up? Nobody knew. But again, they’ve signed a player relatively cheaply and he’s unbelievable.

"That’s what they do so well. They don’t get into bidding wars for the biggest names. They find people who fit their style and have a work ethic.”

Presently, both Mo Salah and Sadio Mane are nearing the end of their contracts with reports conflicting as to how the negotiations are going. Does Johnson think the deadly duo should be kept at Anfield no matter the cost?

"If any sensible deal can be reached then of course Liverpool have to keep Salah and Mane for sure. But I don’t know if there are any crazy demands going on or ransom meetings.

"Money aside, they love the club don’t they and they’re performing really well. The club wants them to stay. If the players want to stay, then they should be easy deals to complete.”

At least Virgil Van Dijk’s future is secure, with the Dutch colossus tied down to a lengthy commitment that runs for another three years.

Across a long and illustrious career, Johnson played alongside some truly outstanding centre-backs, John Terry being one, Sol Campbell – at Portsmouth – another. How does the imposing Van Dijk compare to such defensive behemoths?

"Van Dijk is right up there with the best. He’s big, quick, strong, super calm on the ball and you can just tell that he installs confidence in everyone around him.

"Good players don’t react to things, they read things and the reason he can do everything so slow is because his timing is right, he’s always in the right position and he reads the game so well.

"You very rarely see him sprinting fifty metres because he's out of position. That’s why he makes it look so easy.”

This next fortnight sees ‘Big Virg’ and his team-mates embark on two momentous fixtures that will determine the destination of this season’s Premier League title and the Champions League while remarkably, winning both will ensure Liverpool become the first English side to ever complete a quadruple.

Which begs the question: To what extent will trophies define this phenomenal creation? Will ‘just’ two domestic trophies in the form of the FA Cup and League Cup be sufficient to see them go down in the annals as one of the all-time great sides?

"If it wasn’t for Man City they would have won the league already. I think you have two of the best teams in the world at the moment locking horns and even if Liverpool finish second it would be harsh to say they’re not a great side.”

Prior to heading north in 2009, Johnson played a role in Jose Mourinho’s Chelsea revolution, winning the league at the Bridge in 2005.

Right up until last Christmas it appeared that the Blues might be in contention for another title, until that is they fell away, now a distant third.

Which begs another question: Is there a chasm in quality between them and the top two, and is that chasm insurmountable?

"They’re got a very good squad but they’ve been a bit unlucky with Lukaku not firing. You can’t win the league and compete with those two teams if you’re not scoring goals. To close the gap they need a new striker or get one they already have firing.” 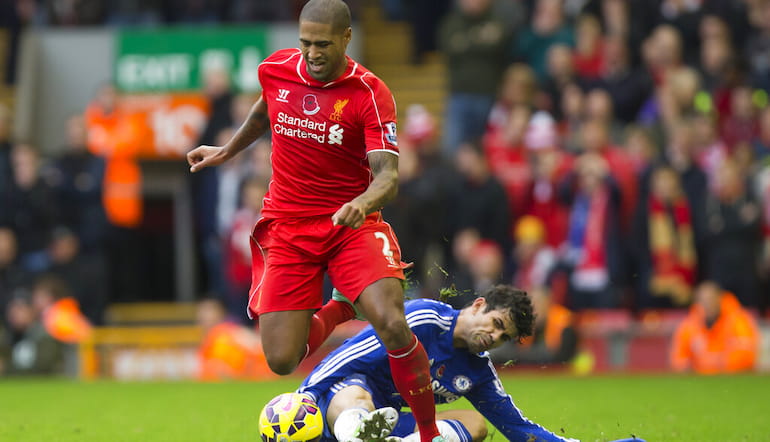 Lastly, we come to West Ham, the club where the flying right-back first made his name and the club that he still holds most dear.

Having been rejuvenated under David Moyes all is well in East London right now with a consecutive top six spot up for grabs and the feeling is that strong investment this summer might see them move up a level further.

Johnson agrees with this but insists quantity is as important as quality.

"West Ham have been great these past few seasons, but they need a bigger squad to help them maintain that because they do tend to have a flat spell, as most teams do. Some extra legs in there to help with performances will ensure they hang around for even longer.

"Of course, every team wants a natural goal-scorer but for West ham it’s a matter of numbers to be honest. Moyesy has got them playing well and if they can get three or four new names over the summer who knows where they might take them."

Regrettably however, not even the prospect of challenging for a Champions League place might be enough to convince the club’s brightest light to stay, as the bigger clubs inevitably hover.

"Obviously I would personally love Declan Rice to stay but I think it’s highly unlikely. He’s a young man who wants to be winning the league and wants Champions League finals.

"No disrespect to West Ham but we all know that’s not going to be happening there. If three or so big clubs are after him that’s going to be impossible to ignore and one of them will get their own way."

I don’t want to say it but City. I can’t see them losing their last game.