Jack Nicklaus Or Tiger Woods: Who Is The Best Golfer Of All-Time?

888sport look at some of the best golfers of all-time but who is number one on the list? 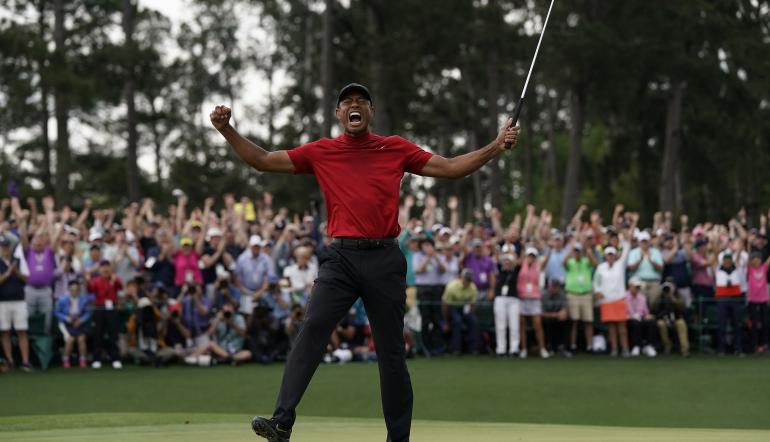 One of the most popular sports on the planet, the subject of the world’s greatest golfer is – and has been – up for debate. However, most fans would agree that two men in particular are clear of the rest.

Both players have been immense servants to the sport and golf followers have debated this topic long and hard over the years. We decided to look at both players in a bid to determine just who is the greatest male golfer of all-time.

Not only is Nicklaus one of the best golfers of all-time but he is there or thereabouts when discussing the best sportsmen of all-time.

That is testament to the great man’s impact and influence in golf, starting from your local driving range to the 18th hole at Augusta National. For mature golf fans, Nicklaus is unquestionably the greatest of all-time.

If you look purely at performances at major events, Nicklaus ranks as the best golfer to step onto a course.

Six Masters titles, five PGA Championship triumphs, four US Open successes and three wins at The Open Championship shows just how versatile Nicklaus was – he had the quality to cope with different courses and occasions.

Nicklaus had seven-time major champion Arnold Palmer to compete with during his career and that only strengthens his status as golf’s top player.

Palmer is a legend of the sport and he will go down as one of the very best but Nicklaus was a class above. That rivalry remains one of the most competitive golf has ever seen.

The Roger Federer of golf, Nicklaus was a fan favourite across the world and he conducted himself impeccably throughout his career – both on the golf course and in his personal life.

For neutrals, his positive behaviour in interviews and in the public spotlight may give him the edge over Woods.

Walk down the street and ask somebody to name the first golfer that springs to mind and Tiger Woods is likely to be the answer.

A global icon, Woods’ reputation has grown for his exploits on the course but also for his conduct away from the sport. True fans are willing to look past his off-course antics though and prefer to remember his glittering career.

It took Woods just over a year to win his first major event after turning professional – and it was clear that he was destined for a special career.

One of the most successful players in PGA Tour history, Woods was golf’s dominant figure during the 1990s and he was arguably the biggest sportsman on the planet during the decade.

Tiger’s story is incredible. 11 years after recording his 14th major success, Woods defied the odds to secure title number 15 at the 2019 US Masters.

There were emotional scenes on the 18th green at Augusta National on that occasion and the golfing universe united to celebrate with the American. Dismissed time and time again, this was Woods’ big moment.

Woods holds the record for the most consecutive weeks at the top of golf’s world rankings while he has also been in top spot on that list for more time than any other golfer in history.

In addition, he has won the PGA Player of the Year award a record 11 times and is a worthy contender for Nicklaus’ crown as golf’s greatest player.