What are the greatest football comebacks of all-time? We take a look at the top 10 best comebacks in the history of football 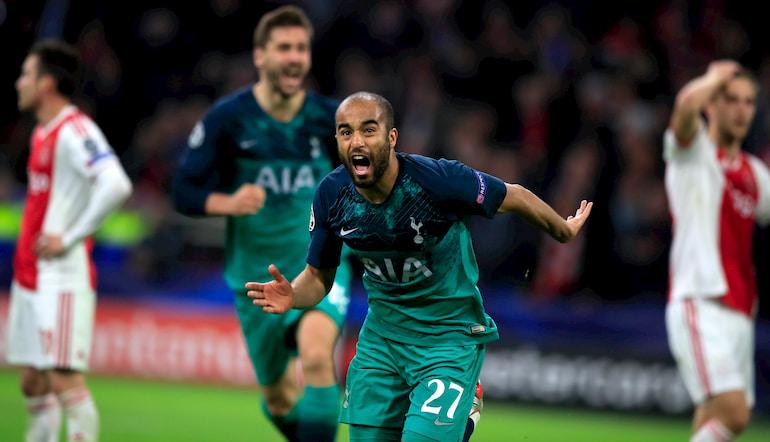 There’s nothing better than a football betting comeback story.

Whether it is a youngster adhering himself to the home crowd on his debut or a legend putting on a show, football fans will never forget the greatest football comebacks.

From the days of Stanley Matthews to that turnaround in Istanbul, we’ve looked at 10 of the best football comebacks of all-time.

Most of these matches are from the Champions League. It isn’t exactly surprising that the best football competition in the world tends to provide the most dramatic football comebacks around.

To this day, the only time Germany have thrown away a four-goal lead in their illustrious history. For that reason alone, Sweden’s comeback deserves a spot on this list.

The hosts were flying with 56 minutes on the clock; Germany were four goals to the good and Sweden had struggled to inspire confidence.

However, Kim Kallstrom’s introduction at half time changed the game. He assisted Zlatan Ibrahimovic for Sweden’s opener before setting up Mikael Lustig just two minutes later.

Johan Elmander reduced the deficit to one as Sweden threatened one of the greatest ever comebacks in international football.

With time running out, Rasmus Elme popped up with an equaliser in stoppage time to send the Sweden players wild in front of a shell-shocked Olympiastadion.

The greatest comeback in Premier League history, Newcastle came from four goals down to save a point against Arsenal.

The Gunners found themselves 4-0 up after just 25 minutes, with Newcastle fans heading for the exits after a woeful start to the game.

However, Abou Diaby’s red card just four minutes into the second half was the turning point as Arsenal suffered one of the Premier League’s biggest collapses.

A Joey Barton penalty sent Newcastle on their way before Leon Best reduced the deficit to two with 15 minutes remaining.

Another Barton spot-kick in the 83rd minute set up a grandstand finish before Cheick Tiote’s famous volley secured a sensational Newcastle comeback.

The first of two Manchester United football comebacks in 1998/99. Trailing by two goals in Turin, it looked like the Red Devils were doomed to a semi-final exit.

Sir Alex Ferguson’s side were at sixes and sevens defensively and Filipo Inzaghi was the main beneficiary – all signs pointed towards a Juventus success.

Up stepped Roy Keane. Despite receiving a yellow card that would rule him out of the final, Keane led his troops to a famous turnaround.

We’ll get onto it a little later but there was another dramatic football comeback to come for United before the end of that 1998/99 Champions League campaign.

Hosting the Africa Cup of Nations for the first time, Angola were pinching themselves in the opening clash of the 2010 tournament as they raced into a 4-0 lead against Mali.

With 74 minutes on the clock, Manucho Goncalves notched a penalty to put Angola four goals to the good and punters believed it was game over.

However, Mali produced one of the greatest football comebacks as they scored four goals in less than 20 minutes to secure the best point in Africa Cup of Nations history.

Seydou Keira sparked the comeback with a goal in the 79th minute before Fredi Kanoute got his name on the scoresheet with 88 minutes on the clock.

Angola still looked safe but Keita notched his second of the game in the third minute of injury time before Mustapha Yatabare bagged a famous equaliser in the 95th minute.

Now known as the ‘Matthews Final’, the 1953 FA Cup final is widely regarded as one of the most dramatic football matches played on English soil.

With just 25 minutes remaining, Bolton looked comfortable. However, Matthews was about to turn the tide in Blackpool’s favour – assisting Stan Mortensen in the 68th minute.

Mortenson completed his hat-trick in the 89th minute after a superb free-kick but it would be Matthews who stole the plaudits in stoppage time.

The winger jinked past the defender to produce an inch-perfect cross for Bill Perry to fire past the helpless Bolton goalkeeper.

The oldest player ever to play for England, Matthews secured the only major trophy of his career that day and his place in history as an FA Cup legend is guaranteed.

It looked like Tottenham had bottled it once again. The north London side slumped to an agonising home defeat in the first leg and found themselves up against it in Amsterdam.

Trailing by two goals on the night, Spurs needed a miracle to avoid a humiliating loss but not even the most ardent Tottenham fan could’ve dreamt of a comeback like this.

Lucas Moura stepped up to the plate in the second half, running riot against a terrified Ajax defence to put Tottenham back in the contest. The tide had certainly turned.

With 60 minutes gone, Spurs were 3-2 down on aggregate with no chance of extra-time. It was sink or swim time and Tottenham chose to swim.

There were just seconds remaining when Dele Alli played a cute pass into Lucas’ path and his effort crept into the far corner to send Tottenham fans into dreamland.

Liverpool were comprehensively outplayed by Barcelona in the first leg, with Lionel Messi putting on a show to fire the La Liga giants to a 3-0 success.

Heading back to Anfield, Liverpool were without Mohamed Salah and Roberto Firmino and many Reds supporters had given up hope on reaching the Champions League final.

However, the famous Anfield crowd got behind their team and Liverpool raced into an early lead. It felt like another memorable European night on Merseyside could be on the cards…

Georginio Wijnaldum notched a second-half brace to level things up on aggregate but it was Liverpool’s fourth that will live long in the memory.

Trent Alexander-Arnold’s quick thinking at the corner and Divock Origi’s near-post finish sent the Kop wild and that result would be the catalyst for Liverpool’s sixth European Cup triumph.

One month after beating Juventus in Turin, Manchester United were at it again. Bayern Munich were the last team standing in their way of an unprecedented treble…

The Red Devils got off to the worst possible start, falling behind to a Mario Basler free-kick just six minutes into the game.

United rode their luck in the first half as Bayern created chances at will, hitting the woodwork on two occasions and forcing Peter Schmeichel into a number of saves.

However, substitutes Ole Gunnar Solskjaer and Teddy Sheringham changed the game in the second half, with the latter levelling in the 91st minute from a corner.

Two minutes later, United had another corner. David Beckham swung it in, Sheringham flicked it on and Solskjaer poked the ball into the Bayern net to complete a famous football comeback.

PSG ran riot in the first leg of their 2016/17 round of 16 clash with Barcelona, securing a 4-0 victory that put the French giants within touching distance of the quarter-finals.

However, Barcelona produced one of the great Champions League comebacks to send shockwaves across Europe – it really was a sight to behold.

Two first half goals and a Lionel Messi penalty four minutes into the second period gave Luis Enrique’s side hope but Edinson Cavani’s away goal put Barcelona on the back foot once again.

Needing three goals, Neymar notched an outrageous free-kick in the 88th minute before holding his nerve to convert a dubious penalty.

With five minutes of stoppage time played, the Brazilian crossed for Sergi Roberto to pop up with an improbable winner that sent Camp Nou into raptures.

It had to be Istanbul, didn’t it? AC Milan were outstanding in the first half against Liverpool on that fateful night in Turkey, notching three goals in a blistering half of football.

Despite their precarious position, Liverpool came out fighting in the second half and Steven Gerrard produced one of football’s greatest captain performances of all-time.

The Reds stalwart scored in the 54th minute before Vladimir Smicer pulled another goal back just two minutes later. The tide had turned in Liverpool’s favour…

Gerrard won a penalty on the hour mark and Xabi Alonso converted at the second attempt to level things up, much to the delight of the travelling Reds fans.

Jerzy Dudek was Liverpool’s hero in the penalty shootout, saving three Milan penalties to clinch a fifth European Cup for the club in the most dramatic of fashions.