888sport racing ambassador Barry Geraghty chats to Henry de Bromhead about his stable stars ahead of the 2021/22 National Hunt season...

De Bromhead had a season to remember last year, winning six Cheltenham Festival races - including the holy trinity of the Gold Cup, Champion Chase and Champion Hurdle - before claiming a one-two in the Grand National at Aintree.

We sent Barry Geraghty to De Bromhead's yard in Knockeen to discuss his rise to the top, with the master trainer paying tribute to stable jockey Rachael Blackmore and discussing some of his top horses to watch ahead of the 2022 Festival.

Blackmore became the first female rider to win the Aintree showpiece in April 2021 as she steered Minella Times to glory. Will the duo enjoy more success at the 2022 meeting? Only time will tell...

Here, we've transcribed Geraghty's chat with De Bromhead as the two racing legends discuss long term targets for some of the top horses in the yard, with the likes of Bob Olinger, Put The Kettle On and Honeysuckle taking centre stage.

So without further ado, it's time to get the inside scoop from the De Bromhead yard ahead of the big horse racing betting events later in the season.

“I couldn’t see any reason to change. We’ll start in the Hatton’s Grace – I’ll try to have her a bit fitter than I did last year where she got me out of trouble.

"We’ll back off then and aim for the spring with the Irish Champion Hurdle, then the Champion Hurdle and maybe Punchestown. She seems great, she’s summered really well. She seems in good form, she looks bigger and stronger.” 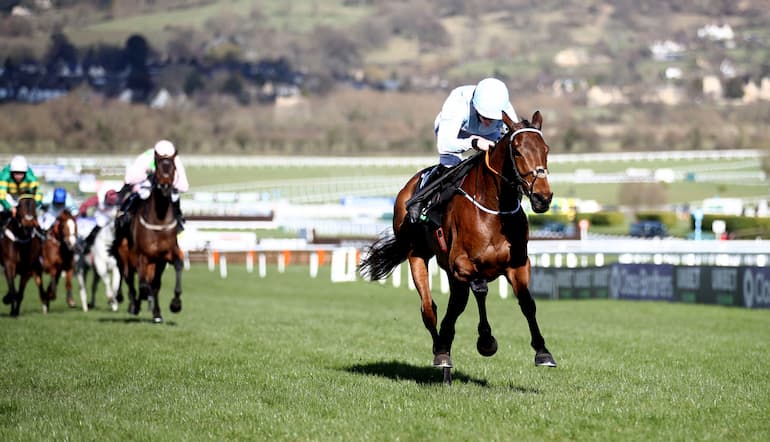 “He’ll start off in a beginners chase in mid November and we’ll see from there. I’ve been toying with the idea of the Drinmore Chase but we need to win the beginners first.

"He seems really good and is in great form, he did a good piece of work the other day and we’re looking forward to him over fences.”

Put The Kettle On:

“She’ll go for the Shloer Chase and then we’ll see after that. We wanted to try and run her at Gowran Park but the ground was too ground.

"We’ll aim for the Shloer and decide what we’ll do after that – I’m not convinced Leopardstown is her kind of place but we might look at Kempton. We were going to go there last Christmas for the Desert Orchid so that’s an option."

“Minella Indo will go to Down Royal for the three mile Champion Chase. We’ll see how that goes and then make a plan.

"We’re toying with the idea of the King George but we’ll start at Down Royal and work from there.”

“He favours going left handed – he is a much better horse going left.

"I think Haydock for the Betfair Chase in November and then back to Leopardstown for the Savills Chase at Christmas.” 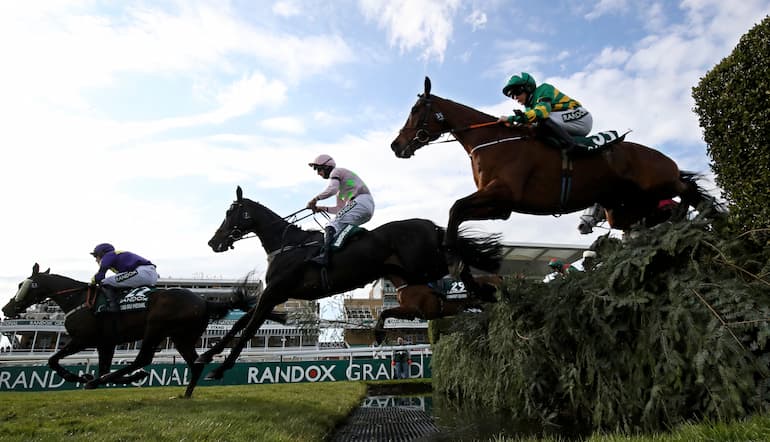 “He’s only a four year old so it’s a bit tougher for him this year. We’re aiming to start him in the same race Aspire Tower won last year and then we’ll see how things progress after that.

"We plan on going down the Champion Hurdle route hopefully but he’ll have to perform well in that Down Royal race.”

“Her main aim is the two and a half mile mares hurdle at Leopardstown at Christmas.

"She’ll probably have a run before that and then she’ll be aimed for the Mares Hurdle at Cheltenham.”

So there you have it folks - the first video with 888sport ambassador Barry Geraghty and top jumps trainer Henry de Bromhead is live and ready for your viewing pleasure.

Our team of horse racing experts will be back with their Cheltenham tips and predictions in the build up to the Festival.

In the meantime, you can follow NAP of the day tips, Cheltenham trends and more here at 888sport. You can watch the full discussion between Barry Geraghty and Henry de Bromhead below.