Altior - Horse Profile: Everything You Need To Know 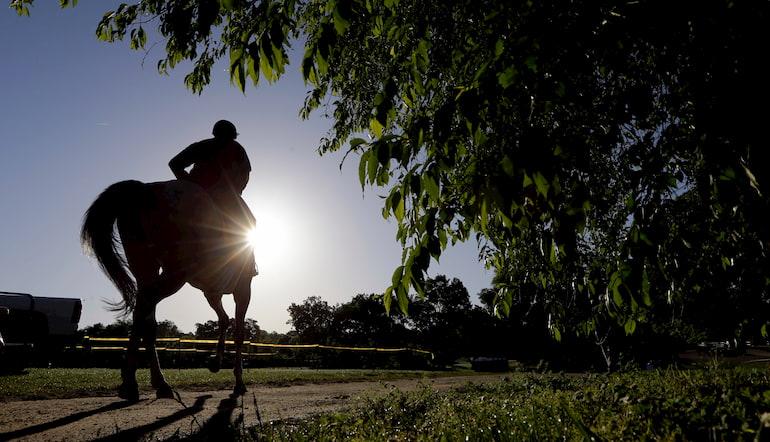 Altior is one of the greatest ever National Hunt horses. Trained by Nicky Henderson, Altior has won 21 of his 24 races under rules – an impeccable achievement to say the least.

He announced himself to the horse racing world with a bumper victory at Market Rasen in May 2014 and he has since gone on to dominate the two-mile chasing division.

In fact, Altior is arguably the best two-mile chaser of all-time. Only the likes of Sprinter Sacre and Master Minded rivalling the four-time Cheltenham Festival winner.

Here, we look at a legend of the horse racing betting game. Let’s hope Altior can get back to his brilliant best in 2021 as he bids to claim his third Queen Mother Champion Chase.

*Races marked in bold took place at the Cheltenham Festival.

Altior has been a fantastic champion and ambassador for the sport - he has attracted new fans to racing and neutrals will be hoping that he can get back to his best for a shot at the 2021 Champion Chase.

How Much Is Altior Worth?

Altior was auctioned at the Goffs National Hunt sale in June 2013 and was bought for €60,000 by Highflyer Bloodstock.

He then entered the ownership of Patricia Pugh and was sent into training with Nicky Henderson.

Where Is Altior Trained?

Altior is in training with Nicky Henderson at his Seven Barrows stable in Upper Lambourn, Berkshire.

Henderson is widely regarded as one of the top National Hunt horse racing trainers and Altior is the diamond of his illustrious stable yard.

Four jockeys have been lucky enough to ride Altior during his career but Nico de Boinville is his regular jockey.

De Boinville has ridden Altior in each of his last 13 runs and Altior’s prize money and success have helped considerably boost his jockey salary.

Mrs Patricia Pugh. According to statistics relating to the 2019/20 National Hunt season, she owns just two horses in training – Pym and Altior. Both of Pugh’s horses are trained by Nicky Henderson.

When Is Altior Running Next?

Nicky Henderson has confirmed that Altior will be entered in the Queen Mother Champion Chase and the Ryanair Chase at the 2021 Cheltenham Festival.

Will Altior Run At Cheltenham?

All being well, Altior will line up in the 2021 Queen Mother Champion Chase. If successful, Altior will become the first 11-year-old to win the race since Moscow Flyer in 2005.

Altior will be very hot in Cheltenham Festival ante post picks and the Nicky Henderson horse could go off favourite at Prestbury Park in March.

Cyrname. Altior had a perfect record over fences prior to his defeat to Cyrname at Ascot back in November 2019.

Stepping up in trip to 2m5f for the first time in his career, Altior gave an excellent account against the highest rated horse in training but ultimately fell short. Back at two miles, Altior can regain his crown as king of the chasing division.

How Many Races Has Altior Won?

Altior has won 21 of his 25 National Hunt races under rules. Here is the breakdown:

Is Altior The Best Horse Of All-Time?

The best racehorse ever debate rages on – it is almost impossible to compare jumps horses over different distances.

Historically, the likes of Red Rum and Arkle are in the conversation but you can make a viable argument for the likes of Sprinter Sacre, Kauto Star and Altior himself.

Altior has dominated the two-mile division since breaking onto the scene as a novice hurdler and that puts him a unique position.

If he can come back and win the Queen Mother Champion Chase aged 11, Altior will go down as one of the best horses ever to step onto a racecourse.