Who are the greatest male jockeys of all-time? And who are the best current riders? Our horse racing expert takes a look... 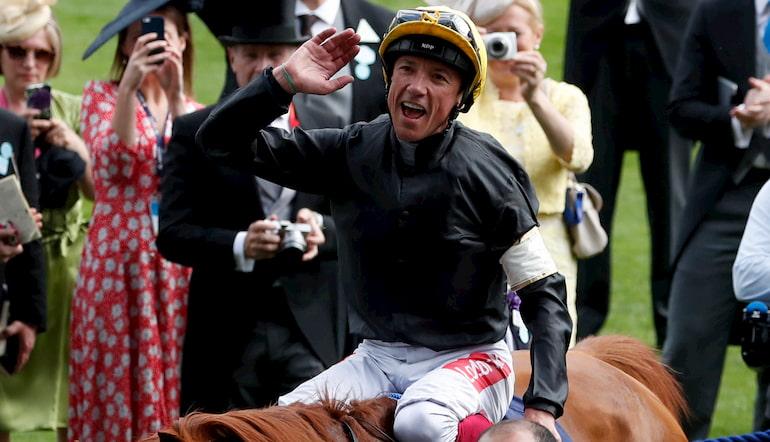 Horse racing is quite unique in that each competitor has two vital components, the horse and the jockey.

Now some horses are really quite talented and give their all, but some need that little bit of extra coaxing to get their heads in front and that is when a “great” jockey comes into their own.

Before we go on to tell you about the current crop of male riders, we need to look at their latest exploits in the context of some of the former horse racing greats. Here are just two from the worlds of Flat and Jumps.

Lester Piggott was the greatest jockey of his generation and is lauded by many as the best of all time.

The winner of nine Derbies, Piggott was Champion Jockey 11 times and battled throughout his career to keep his weight down due to his size. Flat riders today are still trying to emulate his achievements.

The 20-time champion jockey called time on his record-breaking career in 2015 after amassing more than 4,300 jump racing winners.

In this series we’ve already identified the current best female riders around, so now it is the turn of males. These jockeys are riding at the top of their game in the UK at the moment and will always give you a decent run for your money.

From his humble beginnings at the Jefferson stable in Malton, Brian Hughes finally proved that hard work and patience do pay off when he was crowned Champion jump jockey after riding 141 winners during the 2019/2020 season.

Hughes was the Champion conditional over a decade ago in the 2007/2008 and became the first Northern-based Champion Jump Jockey for 40 years, since Jonjo O’Neill in 1979/80.

Reflecting on the earlier part of his career Hughes said: “Malcolm (Jefferson) was a massive influence in my career. There were some great days and the yard got bigger with some nice horses and we had some nice winners.”

For the majority of the season Hughes fought out the title with four-time champion Richard Johnson before Johnson broke his arm in a fall at Exeter in January. This paved the way for Hughes to consolidate his lead and to win by 19 victories overall.

Hughes earned around £1.3 million in prize money last season and he was most successful at Sedgefield, where he pocketed 15 wins. One of his most lucrative partnerships was with trainer Donald McCain for whom he rode 43 winners.

Four-time Champion Jockey Richard Johnson has to go down as one of the greatest jump jockeys of all-time.

In the absence of his old adversary Tony McCoy, Johnson is now the number one man that punters latch onto when they are studying the National Hunt form.

The legendary AP was the main reason that Johnson finished the championship runner-up on 16 occasions before finally claiming the long overdue title in 2016.

He has since topped the table a further three times, but the 2019/20 crown evaded him and at the age of 42 his professional riding days must be tapering off towards a natural end.

The likelihood of Johnson chasing down McCoy’s career record of 4,348 is becoming increasingly remote now, but there’s every chance he will be back for the 2020/21 season and we could see another almighty tussle between him and Brian Hughes again.

It all makes for an absorbing season for the followers of both men.

Irish-born Oisin Murphy is widely-regarded as being not only one of the best jockeys in the UK, but on the planet.

The former Champion Apprentice rowed in with a hat-trick of Group One wins in Britain last season as well as travelling out to the Far East to lift the Japan Cup.

However capturing his first ever senior jockeys’ title, with a total of 168 wins between May and October, was the crowning glory for Murphy.

At the age of 24, the Irishman is odds on to retain the title in 2020/21 and based upon will to win alone, you would be hard pressed to bet against him.

Difficult decisions are yet to be made about this year’s fixture list, and whether the five Classics can take place at all is another quandary, however if they do take place then be sure to have Oisin Murphy’s mounts right at the top of your ante-post lists.

Make sure you keep an eye out for all our horse racing betting news.

Danny Tudhope came the closest to challenging Oisin Murphy last season for the jockeys Championship, finishing 35 winners adrift of him on a final tally off 133 victories.

Tudhope quite fancies another title tilt this season but admits he will be a tall order with Oisin Murphy in the race.

"Given the way he rode last season I think Oisin could be champion jockey for many years to come," said Tudhope.

"He's very hungry and will be tough for any of us to beat, but I'll do my best."

Murphy took 860 rides as opposed to Tudhope’s 636 last season, so with a ramping up of his rides, Tudhope is no forlorn hope in the title race.

Even at the age of 49, Frankie Dettori remains one of the biggest draws in horse racing, and even after winning virtually everything imaginable in his long career, he is still worth following in the betting.

The reason why Dettori is still one of the best jockeys to follow is because of his association with the trainer John Gosden.

It’s incredibly enjoyable watching Dettori and Gosden together, not only because as a punter you are pretty much guaranteed a high level of consistency, but essentially Dettori is still getting the leg-up on some of the best horses in the world.

The Italian-born jockey totally dominated Royal Ascot again last season and was voted the Longines World’s Best Jockey for the second year running in 2019. What’s not to like about a jockey who still keeps performing on the big stage?