Our horse racing expert picks his brains ahead of the Cambridgeshire at Newmarket this weekend... 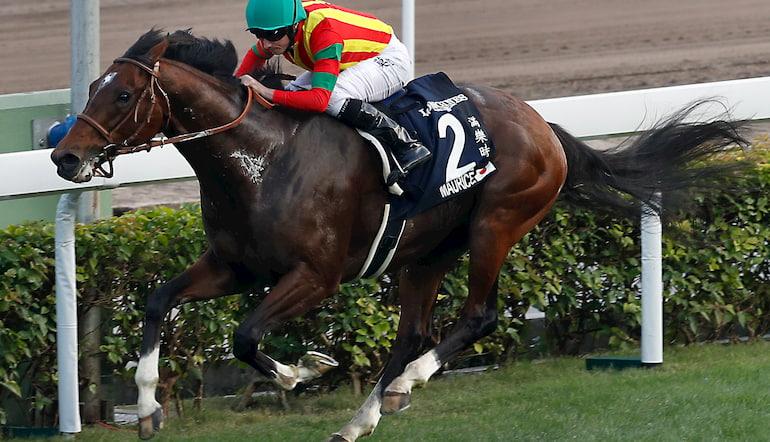 Run over a distance of 1m1f the Cambridgeshire Handicap is staged at Newmarket on the Rowley Mile course.

First run in 1839 the contest is the first leg of what is known as the “Autumn Double”, with the Cesarewitch being the second leg run in October.

The autumn double is a very difficult bet to land with many punters tending to give it an each-way attempt. Just take a look at the last five year’s results:

A field of 29 runners go to post and here is your runner-by-runner guide (chance in italics):

The Mick Channon-trained runner came home strongly at York last time to claim the Group Three Strensall Stakes. Prior to that he was second in the Rose Of Lancaster. Big player.

Last seen finishing second to Century Dream in the Group Two Celebration Mile at Goodwood. Prior to that he was runner-up in York's Clipper Logistics Handicap. Leading light.

Enjoying a tremendous season, finishing runner-up in the Royal Hunt Cup then winning at York and Sandown. Surely has to be on the premises.

Third in the John Smith’s Cup at York then returned there to fill the same position in the Sky Bet Handicap. Strong contender.

Has won two races from seven - both of them at Newmarket's Rowley Mile course. Each-way material.

Powerful trainer and jockey combination and the recent John Smith’s Cup winner. There could be more to come.

Winner of the Royal Hunt Cup on 2019 but has failed to trouble the judge since. Hard to see him winning.

Completed a hat-trick of handicap wins at Newmarket last month and had excuses at Haydock. Has the Frankie factor.

Ran Beringer to a head in April 2019 and that horse was a close runner-up in this last year. Dark horse.

Won on good to soft going at Newmarket this season but this is a much tougher assignment. Up against it.

Has won four of his six starts, including both this season and has been the subject of a gamble all week. Shortlisted.

Finished a close up third to Tempus at Newbury and now has a four pounds pull for half a length. Looks like value.

Runs in the same colours as Tempus but probably holds a better chance. Knocking on the door.

Was beaten out of sight in the March Stakes and will need a career best to figure here. Will win other races.

Had an uninspiring return to action after a 313-day break on the all-weather. Look elsewhere.

Beat a decent field of handicappers at York and will be right at home in this big field. Top 5 candidate.

Ran a stormer last time out in a big field at York. Impossible to say whether he will follow up or not. Risky proposition.

Returned from a gelding operation in August to score nicely at Haydock but failed to follow that up at York. Interesting lurker in the online horse racing betting.

Form with Scottish Summit looks good now after that one obliged on Thursday at Newmarket. Looks overpriced.

Caught the eye last time at Ascot behind Tempus and wasn’t beaten that far by Montatham at York. Worth a second look.

Good Birthday came third in last year's Cambridgeshire but has shown no notable form this season. Dangerous to dismiss.

Formerly trained by Simon Crisford and was last seen running on the all-weather at Chelmsford. Big outsider.

Course and distance scorer but all of his successes have come in small fields. Hard to fancy.

Swerved an alternative engagement at Haydock to run in this which is worth noting. This is much tougher test than those Ascot outings.

Has shown nothing this season to suggest a big handicap win is on the cards. Leap of faith required.

Registered his fourth victory in succession when prevailing by a neck in the Dubai Duty Free Handicap last time. Top jockey and trainer will command respect.

Former Royal Hunt Cup winner but sadly lacks the consistency he had a few seasons back. May outrun his odds.

Winner of the Amateur Jockeys' Cambridgeshire at Newmarket last Saturday afternoon. Unlikely to complete the double.

Impressive form figures at first glance but none of them were achieved at this level. Needs others to underperform.

Several horses have been popular this week with online betting punters, especially Tempus, but a strong case can be made for Khalid Abdullah’s other runner – Derevo.

Ralph Beckett’s Lucander holds all the right credentials too and is another solid each-way contender.