Top tips ahead of the 2019 Showcase meeting at Cheltenham - who are you backing to prevail? 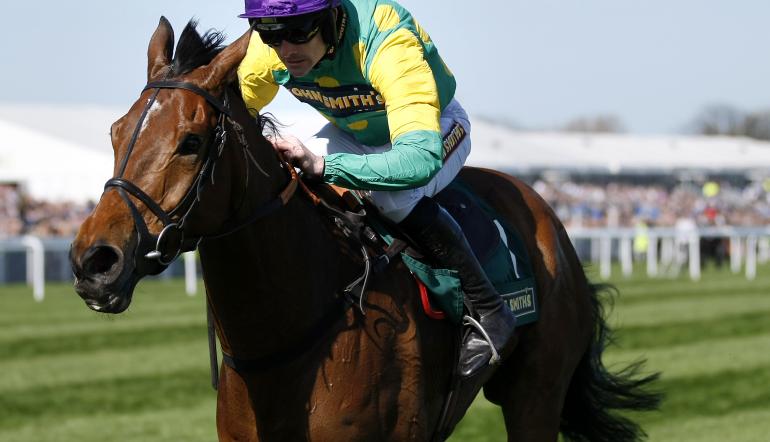 The Jumps are well and truly back as the long anticipated Showcase Meeting takes place this week at the headquarters of Jump racing, Cheltenham.

The meeting is a great starting point for horses returning from their summer breaks and is often used to ready them for the equally important  November Meeting (Friday, November 15 - Sunday, November 17) next month.

The order of running is as follows:

Irish raiders Braid Blue and Doctor Duffy should be in the mix, but the Fergal O’Brien-trained Champagne Well is the selection.

The squareintheair.com Novices' Chase (2.35pm) may only have attracted four runners but it will be a fascinating little contest.

Al Dancer and Getaway Trump both landed valuable prizes over hurdles last season but the slight preference is for the Nigel Twiston-Davies-trained six-year-old.

The largest field of the day lines up in the 3.10pm and an each-way shout can be given to Back On the Lash who scored nicely at Exeter last time out.

Wholestone can get his owners’ season off to a flyer by taking the Novices' Chase at 3.10pm with Gordon Elliott’s Dinons being the obvious danger.

The Nicky Henderson-trained Fred can give Messrs Munir and Souede a double on the afternoon by taking the Maiden Hurdle at 4.20pm. The French import should be right at home on the going.

The 4.55pm sees the Amateur riders get the leg up and an each-way chance can be given to Mr Martin McIntyre aboard the Jeremy Scott-trained Garrane. Four times a runner-up last season, the seven-year-old can go one better here.

It’s the turn of the Conditionals to strut their stuff in the lucky last (5.30pm) and Charlie Todd can bring home the spoils aboard War Brigade (e/w) for the in-form Ian Williams stable.

In the same race, Whoshotthesheriff for Philip Kirby should not be underestimated given his form figures last season.

The Saturday card is headlined by two £60,000 handicap chases, starting with the Matchbook Betting Exchange Handicap Chase (2.00pm) over three miles and a furlong.

The Kim Bailey-trained Rocky’s Treasure will be of interest here given the fact that Bailey is saying that the  eight-year-old is his Grand National hope for this season.

Last season’s Eider Chase winner Crosspark is sure to put in his usual game performance and is worth chancing each-way.

The Masterson Holdings Hurdle (2.35pm) provides the four-year-olds with an opportunity to compete against their own age group before being pitched into all-age company.

This looks like the perfect opportunity for Torpillo, who bolted up at Chepstow, to make his mark.

At much longer odds, the Tom Symonds-trained Song For Someone looks like a viable alternative to the favourite.

The second £60,000 contest on card is the Randox Health Handicap Chase (3.10pm) over two miles and it looks like being another humdinger of a contest.

The front-running Gino Trail could easily lead from gate to wire, and odds of 12/1 look more than generous for the Kerry Lee-trained veteran chaser.

Doitforthevillage is somewhat of a standing dish at Cheltenham and it would come as no surprise to see him on the premises again.

The 3.45pm is one of the many Pertemps qualifiers held throughout the season and often a pretty difficult race to work out.

Sykes was just denied by The Mighty Don in this race last year and must be on any shortlist this time around.

Harriet Graham will be hoping that her Aye Right can perform just as well here as he does up at Kelso, while Burrows Park is attractively weighted for the Venetia Williams yard.

The three-mile Randox Health Novices' Hurdle (4.20pm) was won by Wholestone last season but it remains to be seen whether there is anything of his calibre in this field.

Olly Murphy’s The Butcher Said will be attempting to land a five-timer and will prove to be a popular choice amongst punters.

The Novices' Chase at 4.55pm may well throw up some horses to follow for the rest of the season, and it would be great to see the Colin Tizzard-trained Slate Hill fulfil some of his early promise.

First Assignment for Ian Williams should be another runner in the thick of it here.

Order Of Thistle should have run at Carlisle on Thursday so it will be interesting to see if he runs in this race instead, while Pencilfulloflead for Gordon Elliott is worth a precautionary look in the betting.

And Don't Forget This Sunday...

Some pundits believe the race is a showdown between Frodon and Kalashnikov but the fly in the ointment could well be Forest Bihan (nap) who hails from a stable that are firing home the winners for fun at the moment.