We've got a Classics double header on Saturday afternoon - who will emerge victorious at Epsom Downs this weekend? 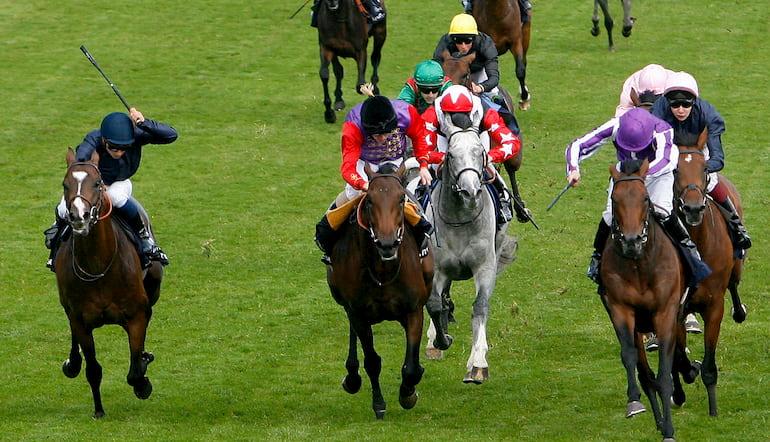 The Derby is the most valuable race in Britain and of course the most important of the five Classics.

The race is run over a mile and a half for three-year-old colts and fillies, with this year's renewal going off at the new time of 4.55pm GMT.

The Oaks is run over exactly the same distance but only three-year-old fillies are allowed to race in it. That race takes place earlier in the afternoon at 3.40pm GMT.

The Derby and the Oaks normally take place on the first Friday and Saturday of June, but of course the horse racing betting fixture has been moved this year to fit around the ever changing global landscape.

Trained by Peter Chapple-Hyam, Bharani Star was last seen finishing fourth (beaten 5 lengths) to Frankly Darling in the Ribblesdale Stakes at Ascot. Prior to that she had dead-heated at Haydock with Duke Of Condicote in a 10-runner handicap.

The Godolphin-owned Dubai Love was runner-up in the UAE Oaks at Meydan in February and a close third last time out in the Sandringham Handicap at Royal Ascot.

Ennistymon finished the runner-up to Frankly Darling in the Ribblesdale Stakes but there is a certain strength of feeling that a stamina testing Oaks could see this filly come into her own.

The almost impregnable Gosden-Dettori combination are represented here by Frankly Darling, an impressive winner of the Ribblesdale and a strong candidate to take top honours. Two of the latest three runnings of the Oaks have gone to the pairing.

Roger Varian’s Gold Wand is a daughter of 2015 Derby hero Golden Horn and was an impressive winner of a 10-furlong maiden at Newbury on June 11th.

Trained by Aidan O’Brien, Love is already a Classic winner having taken the 1000 Guineas at Newmarket on June 7th. She was however inconsistent as a two-year-old and is not 100% to follow up.

Oriental Mystique was fifth on her reappearance over 1m2f at Newbury and looked an awkward ride that day. She could however be the type to thrive in more arduous conditions.

According to Aidan O’Brien Passion is a round type of filly who has come forward since her Ascot run. She doesn’t look like the most obvious type on paper but this is the Ballydoyle maestro we’re talking about here.

Queen Daenerys was runner-up on her return to action in the Listed Pretty Polly Stakes at Newmarket on June 7th. She appears to have plenty to find with a few of her rivals in this.

Tiempo Vuela was an impressive winner on her only juvenile start but ran too freely in the Listed Pretty Polly Stakes at Newmarket and was unplaced. She needs to bounce back quickly to stand any chance of Classic glory.

The Oaks is beginning to look like a straight matchup between Love and Frankly Darling, and the Frankel filly just gets the nod from us at 888sport.

Anthony Oppenheimer appears to have another top class horse on his hands with her and she could reign supreme at Epsom Downs.

Amhran Na Bhfiann is a brother to Oaks winner Was but that is probably where his claims to greatness end. Fourth to Tiger Moth at Leopardstown on June 9th, it will be a major shock if he can win this race.

Fourth behind Siskin in Irish 2000 Guineas on his return but looks all set to contest the French Derby instead on Sunday.

This son of Kingman looked interesting when narrowly going down to Khalifa Sat in the Cocked Hat Stakes at Goodwood. He needs to step up again to figure.

He scored a classy success in the Listed Derby Trial at Lingfield Park on June 5th and looks a worthy favourite. There are no stamina concerns and the evergreen Frankie Dettori takes the ride.

Finished sixth to Santiago in the Irish Derby and looks to have a mountain to climb based on that run.

Mowed down the field to spring a 20/1 surprise at Royal Ascot and a good downpour or two will further enhance his chances.

Landed the 2000 Guineas and is arguably the best horse in the field but will his stamina stretch to this extra two furlongs? He’s the likely winner if it does.

Has pretty much bossed his last two victories at Goodwood and could be one of the dark horses in this field.

Winner of the Zetland Stakes last season but could only manage fifth in the Classic Trial at Kempton on his return. He needs to step up markedly.

Mogul scrambled away to finish fourth in the King Edward VII Stakes but Aidan O’Brien still regards him as one his leading lights for top honours.

Finished two lengths ahead of Mogul in the King Edward Stakes but was never a match for Pyledriver that day.

Beaten favourite in the Gallinule Stakes at the Curragh and hasn’t shown enough to suggest he can win a race of this magnitude.

He was an impressive winner of the King Edward VII Stakes at Royal Ascot and is worthy of his place in this race. He could be anything going forward so is impossible to discount.

Hampton Court Stakes winner Russian Emperor looks best placed to give Aidan O’Brien a record-breaking success and can continue to fly the flag for Galileo progeny in the Classics.

Serpentine scored a decisive victory at the Curragh last time but the opposition will be altogether tougher in this contest.

He ran a blinder to chase home Siskin in the Irish 2000 Guineas and a reproduction of that form would see him right in the thick of it on Saturday.

He looked a good prospect when winning on his debut at Newbury but he is really in at the deep end now on just his second outing.

The Derby has been dominated by Aidan O’Brien in recent years but a newbie can finally get a look in this year in the shape of English King, trained by Ed Walker.

Owner Bjorn Nielsen will be hopeful that English King can reach the same levels of notoriety as his other equine superstar, Stradivarius.