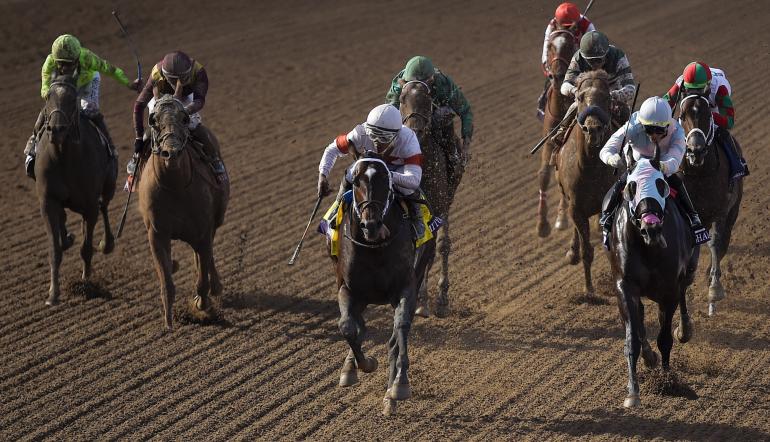 At the end of the day all a horse racing betting punter wants to do is find a nice winner or two but you must be prepared to do your research in order to do so.

There are no magic formulas to finding winners but there are certainly plenty of proven ways to work out whether a horse has a decent chance of landing a race or not.

Let’s take a look at the key considerations you should be assessing when making your picks:

These two factors are absolutely vital in any attempt to find winners. It must be remembered that however good a horse is, if the ground conditions are against it there is a high chance that the horse will simply not be seen at its best.

Similarly, the horse most likely to win the race is the best horse on the day in the conditions.

Horse racing tipster Richard Birch once said: “Any punter who places a bet without careful consideration of the horse’s going requirements might as well throw the money down a drain.”

That statement may very well be true in approximately 95% of all horse races, but a punter mustn’t let the going factor get totally in the way of the raw ability of the animal.

A great couple of examples of this were highlighted by newspaper tipster, Graeme Rodway:

“The first example is Frankel’s victory in the 2012 Qipco Champion Stakes. Sir Henry Cecil’s superstar was considered a far better performer on top of the ground and encountered soft going for the first time since his debut at Ascot.

"His main rival Cirrus Des Aigles was a prolific winner on testing ground, yet he couldn’t get anywhere near Frankel.

I also remember a huge gamble on Clever Cookie in the King George at Ascot. In hindsight, it is laughable that Peter Niven’s gelding, talented though he was, went off only 4-1 to beat Postponed, simply because the ground had turned in his favour.

"The going can be a leveller, but not to that extent. Clever Cookie finished well held in fifth.”

Taking heed of what the experts like this say as they could help you one day land one of the next big famous horse racing gambles. Here are some other important points to note when examining the going:

Just like the going, the distance of races is another key factor in selecting a winner.

You definitely shouldn’t rush to back a horse that has only raced in 1 mile races for example, that finds itself running in a race twice that distance.

On the flip side of that same coin, if there is a horse with bags of staying power over longer distances running, you do not want to steam in with your  hard earned cash if it turns out in a sprint for example.

Undoubtedly a horses’ form can improve or deteriorate when stepped up or down in trip but one of the main mistakes people make is they automatically assume that a horse that runs on well in a race needs to be stepped up in trip.

What happens in the early to middle part of a horse race is more important than what happens in the last couple of furlongs in my opinion. Looking out for terms such as “outpaced” can be as equally important as “stayed on well’ in the final furlong.

There are no right or wrong ways to study horse racing form but in general must punters essentially follow a simple set of “signposts”.

This information is in the main free although there are some subscription services out there if you want to do some really serious in-depth form study.

When weighing up a horse race and who might come out of it victorious, most punters tend to ask themselves this simple set of basic questions:

Some people find this particular element of horse racing study rather daunting but as long as you can grasp some of the basics it will help assist your general betting strategies.

The breeding of a horse can not only determine its ability but also its optimum going and distance range.  This is an important element of any betting decision you might make on a horse before it runs.

Punters, in recent times, have increasingly looked to ways other than traditional form study to give themselves an angle and breeding and dosage is just one of those avenues that can give you an edge.

A decade ago a friend of mine, Ben Aitken, wrote a book (Narrowing The Field: Using the Dosage Method to win at National Hunt racing) that aimed to help punters use the dosage method in finding winners of jump races.

The publication guided punters through the basic theories of dosage and gave them a race-by-race analysis of all the major National Hunt races in a calendar year- a kind of ante post horse racing guide in many ways.

It did pretty well on the sales front and gave punters another tool for their armoury.

I’ve only just scratched the surface in this article on how to go about giving yourself an advantage in the pursuit of winners.

There are of course many more strategies out there but I really hope that I have introduced you to some of the basic fundamentals here.