We've looked at France, Australia and the United States - now it's time to look at horse racing around the rest of the world... 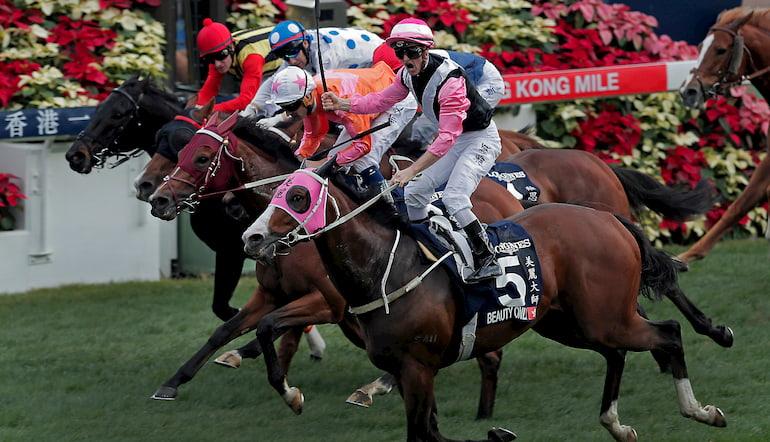 Although horse racing in Great Britain and Ireland has the biggest following, the industry itself is truly a global affair and racing takes place in many corners of the world.

In this article we are going to take a look at some of the other racing jurisdictions you may, or may not be familiar with and which we cover on 888sport.

The year 2020 is actually the 10th anniversary since the unveiling of Meydan Racecourse - a spectacular looking racing venue in the middle of Nad Al Sheba in the United Arab Emirates.

It was the brainchild of His Highness Sheikh Mohammed Bin Rashid Al Maktoum, Vice President and Prime Minister of the UAE and Ruler of Dubai.

Meydan was opened in 2010 to mark the 15th running of the Dubai World Cup, one of horseracing’s most prestigious events.

The 2,400 m left-handed turf track hosts the world’s two richest turf races - the $6 million Dubai Turf and the $6million Dubai Sheema Classic, while the dirt track, on which the $12 million Dubai World Cup is contested, is regarded as one of the greatest tests for both horse and rider.

The majority of Meydan’s fixtures take place on a Thursday, Friday or Saturday.

Hidden away in between Al Barsha and Emirates Hills, Jebel Ali Racecourse is the forgotten older brother of Meydan racecourse and just a 20-minute drive away.

The track itself is a right handed horseshoe shape of 2200 metres with a 900 metre run into the finish. It has a 1400 metre straight course. The surface is a mixture of sand and oil and the track is well known for its steep European style finish.

Jebel Ali tends to hold its fixtures on a Friday.

Arguably the most modern looking racetrack in the world is the amazing Happy Valley in Hong Kong.

Located on Hong Kong Island in the Wan Chai District, Happy Valley is the place to be on a Wednesday evening if you like to bet on horse racing.

With a capacity of 55,000, the track regularly attracts thousands of spectators from all over the world. The venue is owned by the Hong Kong Jockey Club and has been in operation since 1845.

Every season the International Jockey Championship is held at the Happy Valley Racecourse. Top riders from around the world compete for the much coveted title of International Riding Champion and the event is sponsored by Longines.

The contest is made up of 4 pre-selected races on a specified race night. The champion is the rider who accumulates the most points of the scheduled championship races. Points Awarded as follows: 1st Place 12 pts, 2nd Place finish receives 6 pts, 3rd Place finish 4pts.

Several well known names have lifted the prize over the last ten years, many of whom you are pretty certain to have punted on at some point or another:

Happy Valley of course is just one of two racetracks in Hong Kong, the other one being Sha Tin Racecourse.

Sha Tin was built in 1978 by reclaiming land from the sea. With the capacity of around 60,000 spectators, it is widely acknowledged as a world-class racetrack.

The Hong Kong Jockey Club have continually attracted the world’s leading riders over the decades, including England’s Lester Piggott, Willie Carson of Scotland, Frenchman Yves-Saint Martin and Italian Gianfranco Dettori, father of Frankie Dettori, who later also picked up his own accolades in Hong Kong.

The Japanese public are fanatical at times about their horse racing and the sport itself is extremely well organised.

The Japan Racing Association (JRA) is the governing body of Japanese horse racing, and runs everything from the racetracks to the off-track betting sites.

The JRA administers ten racecourses across the length and breadth of Japan.

The premier venue for horse racing in Japan is the Tokyo Racecourse, located in Fuchu, Tokyo. It was built in 1933 and was given a major overhaul in 2007, and it hosts numerous prestigious races including the Japanese Derby and the Japan Cup.

The Japanese are no strangers to sending their horses to compete overseas and they are particularly fond of contesting the Prix de L’Arc de Triomphe at Paris Longchamp.

Orfevre, the 2011 Japanese Triple Crown winner and Horse of the Year, finished an agonising second in the 2012 renewal.

The five-year-old daughter of dual Arc runner-up Orfevre, Lucky Lilac, won the Grade 1 Osaka Hai at Hanshin at the start of April and could be a possible Arc contender herself in 2020.

Iffezheim is Germany’s top racecourse and punters around the world will probably know this venue by its more informal name of Baden Baden.

The track holds three big festivals per season. The first of these is the Spring Festival which is held at the end of May to early June.

The main event is the Great Festival in August-September. This attracts yearly crowds of over 20,000 spectators, especially for Germany’s ultimate horse race, the Grosser Mercedes-Benz Preis Von Baden, which attracts the best horses from Europe and beyond.

The final meeting Festival of Baden Baden’s season is held in October.

Whenever the Czech Republic is mentioned only one race springs to mind and that is the world famous Velká Pardubická, also known as the Grand Pardubice Steeplechase.

The formidable cross-country steeplechase run in Pardubice, Czech Republic, has captured the imagination of many punters over the years – probably due to its difficulty and openness, and many global bookmakers price the race up.

The race is held on the second Sunday of October every year.

Horse Racing Betting
About the Author
By
Steve Mullington

How To Bet On Horse Racing

Horse Racing: A Beginner's Guide To Racing In Australia