888sport look at the King George VI Chase on Boxing Day - who will come out on top at Kempton Park? 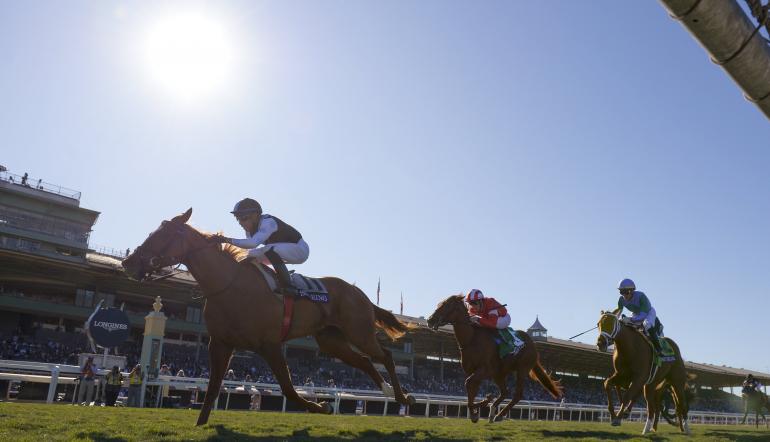 The highlight of the racing calendar over the busy Christmas period is undoubtedly the King George VI Chase on Boxing Day.

The race, which is run over a distance of three miles, negotiating eighteen fences, is now the second most prestigious chase in England, surpassed only by the Cheltenham Gold Cup - and it has been subject to the best horse racing gambles.

The last ten renewals of the race have been dominated by horses trained by Paul Nicholls, Nicky Henderson and Colin Tizzard. Clan Des Obeaux held off stern competition from Thistlecrack to win a dramatic race last year and both horses line up again.

Here is a look at the trends and statistics on the King George VI Chase based on the last ten years:

Age: 7 of the last ten winners were aged between 6 and 8 years old.

Even though the Williams stable are boasting a fantastic strike rate at the moment, it is very hard to make a case for Aso here, especially after his last run in the Peterborough Chase.

The nine-year-old won a couple of competitive handicaps last season, and then went to The Festival in March where he was second to Frodon in the Ryanair Chase.

He kicked off this campaign finishing third in the Charlie Hall Chase at Wetherby, but his next run at Huntingdon was well under-par and he will need to bounce back and run the race of his life here to trouble the judge.

The defending champion Clan Des Obeaux matched Road To Respect for most of the way in the JN Wine Champion Chase at Down Royal before the home contender’s superior fitness told in the end.

It was a very encouraging return to say the least and one could argue that it was a superior return compared to his first appearance of last season – finishing fourth and well beaten in the Betfair Chase.

Sam Twiston-Davies takes the ride after Harry Cobden decided to side with Nicholls’ other runner, Cyrname.

Cyrname hit the racing headlines last season when he followed up his wide margin handicap win at Ascot with a 17 length demolition job of Waiting Patiently in the Ascot Chase.

Proving that was no fluke, Cyrname inflicted a first defeat over jumps on Altior in the Christy 1965 Chase at Ascot last time out and has earned his right to dine at the top table.

The seven-year-old is a very live contender for the race in 888sport's latest horse racing betting but there will be plenty of others hoping to deny Nicholls adding to his record haul of 10 King George triumphs this Christmas.

The Willie Mullins-trained Footpad let us all know that he is still a force to be reckoned with when he landed the Boomerang.ie Chase at Thurles.

That victory was a real boost for the former Arkle winner after a spell in the doldrums last season which followed a stellar novice campaign.

Mullins is bidding to register his second victory in the race following the success of the popular Florida Pearl back in 2001.

Colin Tizzard’s exciting seven-year-old puts his blossoming reputation right on the line in this contest when he goes out to prove that he can mix it with the reigning champion Clan Des Obeaux and the highest-rated chaser in Britain, Cyrname.

Wins in both the Colin Parker Chase at Carlisle and the Betfair Chase at Haydock have catapulted the gelding into being a leading fancy for both the King George and the Gold Cup, but Boxing Day will be the litmus test for whether those dreams can become reality.

Should he add the King George and Gold Cup to his Betfair win, Lostintranslation is looking at a very cool £1m bonus.

This will be Thistlecrack’s fourth crack at the King George and it is hard to believe that he has not won again since he last tasted Kempton glory three years ago.

Having been dismissed as an also-ran before last year’s race, the veteran campaigner almost pulled off an improbable second success when he just went down by 1½ length to Clan Des Obeaux.

A narrow defeat in the Long Distance Hurdle at Newbury on his seasonal return showed that there is still plenty of fire in Thistlecrack’s belly yet.

The eight-year-old mare was in blistering form in her novice season but this year she has failed to hit those heights, having been pulled up in the Charlie Hall Chase and then finishing third in the Peterborough Chase.

She is likely to bounce back at some point soon but it’s highly unlikely to be in this race against her sternest opposition to date.

French-bred Footpad has always been a class act and is trading at a very backable each-way price given all the focus is on the three runners at the head of the market.

He can continue his resurgence here in what would be a joyeux Noël for his supporters.