Our guide to QIPCO British Champions Day - who are the top horse racing tips for Ascot? 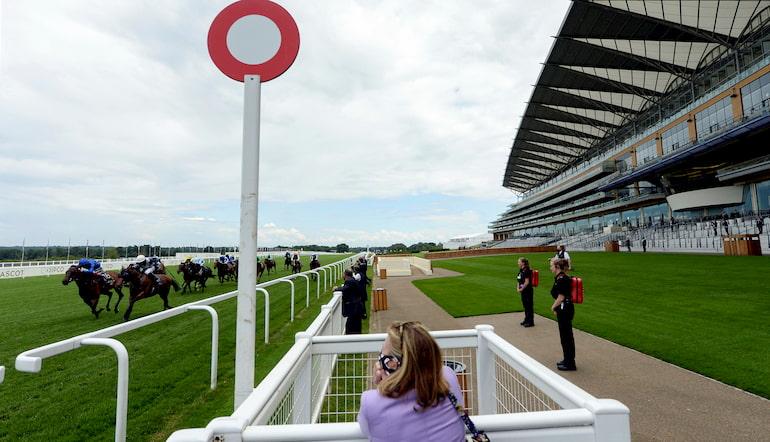 British Champions Day at Ascot is now billed as the finale of the European Flat racing season and has become an established event in its own right.

It is the richest raceday in the British racing calendar and some of the finest horses around battle it out at the Berkshire track.

Due to the recent inclement weather the track often faces in mid-October, the Long Distance Cup and the Champion Stakes are often switched to the inner course where the ground is much better.

The full breakdown for 2020 is as follows:

You can find horse racing tips today on the biggest Ascot races and meetings. Without further ado, here is our race-by-race guide to the five Group races on QIPCO Championship:

The big sprint race is always a thrilling affair featuring the season’s leading speedsters doing battle over six furlongs. Sadly no longer with us, the globetrotting star that was Gordon Lord Byron won the race in 2014.

Tom Hogan’s gusty performer recorded one of the most remarkable careers of the modern era, earning over €2.1 million in prize-money. He recorded three Group One’s of which this was one.

Muhaarar was a notable winner a year later in 2015 when landing his fourth successive Group 1 victory, the first time a sprinter had done so since Dayjur in 1990.

2020 Champions Sprint Stakes Tip: Currently trading at odds of 20/1 in the online betting, the Tin Man must be worth an each-way bet at this stage. Winner of this race in 2016, the eight-year-old should be right in the mix.

The very first QIPCO British Champions Day in 2011 saw the Oaks heroine Dancing Rain leave her rivals trailing in her wake in the Champions Fillies & Mares Stakes, under what was an enterprising front-running ride from Johnny Murtagh.

Last year, John Gosden’s Star Catcher took in victory in the Prix Vermeille at ParisLongchamp before coming here to score by the shortest of short heads.

2020 Champions Fillies & Mares Stakes Tip: Dame Malliot (10/1), who runs in the same colours as Star Catcher, can give Anthony Oppenheimer further success in this race.

Staying races and those who race in them tend to hold a special place in the affections of Flat racing enthusiasts, and this marathon trip tends to attract some of the best long distance competitors around.

In recent times none have been quite as popular as Stradivarius, the best stayer in the division for many a season, and in 2018 he completed a perfect racing campaign by adding this race to his resume.

This Group 1 race regularly attracts the elite milers and has been won by some distinguished names over the years.

Frankel, the 2011 victor, stands out like a beacon from all the others, but the 2016 winner Minding has to be right up there too as she was the first filly to win the race in 29 years.

The Guineas and Oaks heroine of that season achieved her seventh Group 1 success when she accounted for the formidable milers, Ribchester and Lightning Spear. Understandably she ended the season picking up the top accolade of Cartier’s Horse of the Year.

In 2018 Roaring Lion deservedly played his part in the end of season headlines. The Qatar Racing-owned colt had already enjoyed a triple salvo of Group 1 wins in the Eclipse, Juddmonte International and Irish Champion Stakes making him the top middle-distance performer around.

On rain softened ground and running back over a mile, the popular grey showed his true grit to prevail by a neck. At the Cartier Racing Awards that year he was rightly crowned Horse of the Year for 2018.

His trainer Andrew Balding confirmed the 2000 Guineas hero, who was back to winning ways in Newmarket’s Joel Stakes last time, will take his chance if the going is no worse than good. Odds of 5/1 about the three-year-old look good at this stage.

The Group 1 Champion Stakes is steeped in history and of course is the feature race of the day. Originally run at Newmarket, its roll of honour includes such greats as Brigadier Gerard and Pebbles.

Since the contest was switched to Ascot, the Champion Stakes has continued to attract the best middle distance horses in training and is one of the most anticipated season finales.

In 2012 the legendary Frankel bowed out in style in the Champion Stakes, notching up his 14th consecutive victory.

2018 saw Cracksman defend his Champion Stakes crown with a six-length demolition of Crystal Ocean. The son of Frankel was just as classy as his father that day, pulling clear of a stellar field, then sowing the race up with two furlongs still to go.

2020 Champions Champion Stakes Tip: Last year’s winner Magical must hold a solid chance of emulating Cracksman herself this time around.

The five-year-old mare was last seen taking top honours in the Irish Champion Stakes and at 3/1 in the horse racing betting, she can add this English equivalent to her illustrious C.V.