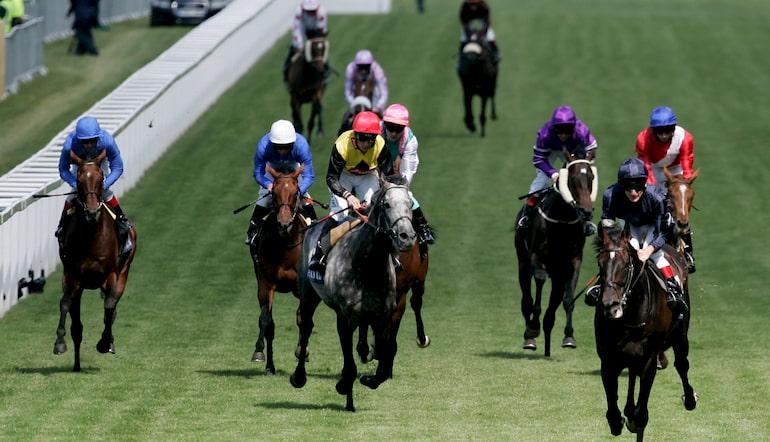 It may not be the same Royal Ascot as we have come to know and love over the years, with the pomp and ceremony and all the bells that go with it, but the 2020 Royal Meeting (16th to 20th June) is still be taking place, albeit behind closed doors and for that racing fans are eternally grateful.

In this unprecedented year, there are several alterations to the programme, including six extra races being added to the overall fixture.

There will be seven races staged on the first four days, with eight on the final card. For the purposes of this piece, we shall preview two of the key horse racing betting events on each of the five days.

You have to go back to 2008 to last find when Aidan O’Brien last trained the winner of this race and his Circus Maximus (3/1) is one of the favourites for this year’s contest.

The four-year-old won the St James’s Palace Stakes over a mile at this meeting last year before going on to land another Group 1 in the Prix du Moulin at Longchamp.

We last saw him running at Santa Anita where he was fourth in the Breeders’ Cup Mile but you would expect this stiffer mile to suit him better.

French raider Plumtatic (20/1) is really interesting at a price in the Royal Ascot ante post odds and could easily be overlooked on the day.

Francis-Henri Graffard has previously sent some smart horses to Royal Ascot and this ex-Andre Fabre-trained six-year-old ran a pleasing second in a Group 3 at Chantilly last month.

Battaash (Evs) will once again be all the rage for this 5f dash, but despite being one of the best sprinters in training, this is a race that keeps eluding him.

The Charlie Hills-trained star may well be worth taking on by the gutsy Glass Slippers (6/1) who had a wonderful season in 2019.

She won the Prix de l’Abbaye very impressively in October and Kevin Ryan has had this race earmarked for her ever since.

2000 Guineas fifth Juan Elcano (5/2) should come on for that run and Kevin Ryan fancies his chances in this.

Aidan O’Brien’s eighth placed Guineas runner New World Tapestry (33/1) is also another who should improve for the experience and looks too big in the betting.

A multiple Group winner last season, Japan (11/10) will have been one of the first names Aidan O'Brien penned on his list to ship over to England for the Royal Meeting.

He signed off last season with a creditable fourth in the Prix de l'Arc de Triomphe at Longchamp and is the one they all have to beat here. William Haggas’ Australian scorer Addeybb is likely be on the premises late on too.

Charlie Appleby will be hoping that his Modern News (5/1) can follow in the footsteps of Pinatubo who won this contest last year.

The chestnut colt made a nice impression on his debut at Newmarket and he can reap the rewards once again for the Godolphin team.

Andrew Balding’s Bright Devil (8/1) beat some well bred two-year-olds at headquarters last time and can be in the mix once again.

Stradivarius (5/6) is going for the Gold Cup hat-trick here but there are plenty out there now who believe that he’s not quite as invincible as he was after losing his last two races.

Kew Gardens (7/2) turned over Stradivarius in the Long Distance Cup and ranks as a formidable adversary once again while last season’s Prix Chaudenay form is working out well this year, which suggests Technician has a lively outside chance.

Sheikh Fahad Al Thani swept straight in to purchase The Lir Jet (8/1) after his impressive debut success at Yarmouth.

The son of Prince Of Lir broke the all-aged track record at the Norfolk track when scooting home over five furlongs to score for Michael Bell’s son, Nick.

Mark Johnston’s Eye Of Heaven (5/1) was also a track record breaker, registering the best ever time for a two-year-old over the minimum distance at Newmarket. The showdown with The Lir Jet should be a sight to behold.

The Roger Varian-trained Pierre Lapin (5/1) has been well supported in the ante-post horse racing market for this race on the back of his two decent wins last season.

Victories at Haydock and in the Mill Reef at Newbury understanably put the Sheikh Mohammed Obaid Al Maktoum-owned colt on many a radar for this event.

The French-trained Wooded (10/1) was well touted beforehand for the Prix Texanita at Chantilly which he duly won with plenty to spare.

The Al Shaqab-owned three-year-old merits plenty of consideration when drawing up a shortlist for this race.

Pinatubo’s (7/4) 2,000 Guineas attempt may not have gone to plan, but Charlie Appleby is giving him a quick second chance to redeem himself over a mile at Royal Ascot.

Good horses do not go bad overnight and the son of Shamardal will undoubtedly be a force to be reckoned with here.

Guineas runner-up Wichita (7/4) and stablemate Arizona (12/1) will also be live contenders in this for Aidan O’Brien.

Wichita looked the winner for much of the way in the Guineas, only to be picked off late and a repeat of that performance will see the colt right in the thick of it.

Arizona needs to bounce back but anything is possible when O’Brien works his magic.

Threat (8/1) could be just that and Oisin Murphy has been booked to ride the Richard Hannon-trained son of Footstepsinthestand for the Cheveley Park Stud.

The Kevin Ryan-trained Hello Youmzain (6/1) can kick his five-year-old season off in fine style by taking this valuable 6f race on one of the biggest stages of them all.

If he can replicate his Sprint Cup triumph at Haydock then he can rule the roost once more.