There's not one, not two but THREE big races taking place on Sunday! 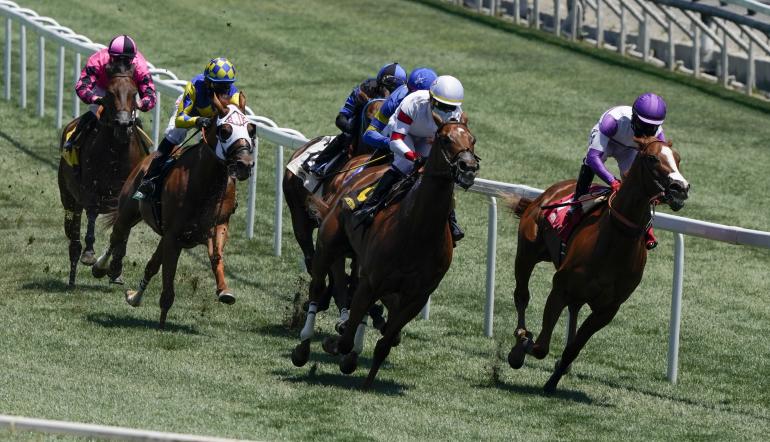 Right on the back of a fantastic day of action at Epsom with the Derby and the Oaks, we are totally spoiled the day after with the Prix du Jockey Club and Prix Diane in France, followed by the Eclipse at Sandown.

What more can a horse racing betting fan ask for on a Sunday afternoon?

French 2000 Guineas winner Victor Ludorum will be the warm order favourite at Chantilly when he bids to become the first horse since Brametot in 2017 to complete the French Classic double.

The Godolphin-owned colt has just one blot on his copybook which was his below par performance in the Prix de Fontainebleau on May 11th.

He soon bounced back from that by storming to victory in the Poule d'Essai des Poulains at Deauville and totally reversed the form with The Summit.

Victor Ludorum’s chief danger on paper appears to be Andre Fabre’s other runner, Ocean Atlantique (nap), who runs in the Coolmore colours.

Ocean Atlantique was a five-length winner over a mile and a quarter at Deauville last month and the son of American Pharoah appears to be on a very steep upwards trajectory.

His long-striding action makes him a perfect candidate for this race and he is the mount of ace French jockey, Pierre-Charles Boudot.

The Christophe Ferland-trained Pao Alto is also right there in the mix of potential winners after he dispatched Ocean Atlantique’s challenge by 1½ lengths in the Prix la Force. A reproduction of that run would put him bang in contention here.

British raider Mishriff was an impressive winner of a Newmarket Listed race on his return to action, beating John Gosden’s other fancied stablemate Waldkonig, and he will be ridden by Ioritz Mendizabal.

Of the longer priced runners, The Summit (nb) looks rather too big in the betting, given his form with Victor Ludorum and is an each-way alternative.

In this French version of the Oaks, the Prix de Diane Longines, there are plenty of fillies this year in with a chance of taking this coveted title.

Sheikh Hamdan Al Maktoum's unbeaten filly Raabihah is prominent in the betting and understandably so after her facile success in the Listed Prix de la Seine at Longchamp on May 14th. She certainly set the standard that day and will be in the hunt once again.

Alpine Star emulated her half-sister Alpha Centauri with a wide-margin win in the Coronation Stakes at Royal Ascot and she will give the homester Raabihah plenty to think about should she turn in another performance like that.

Trained by Jessica Harrington and owned by the Niarchos family, Alpine Star is a Sea The Moon filly and she ticks all the rights boxes for a horse you would expect to take a blue-riband contest like this.

Irish 1000 Guineas winner Peaceful tackles this race rather than the Oaks with Aidan O’Brien keen to the chase down the prize money on offer in France.

The Peaceful colours will also be worn by Donnacha O’Brien’s Fancy Blue, who came second to Peaceful at the Curragh and will be hoping to turn the tables on her.

Andre Fabre last won the Prix Diane back in 2011 with Golden Lilac, ridden that day by Maxime Guyon, and the pair team up again here with Solsticia (nb), who isn’t getting much of a mention in the UK, but is rather fancied in France.

Solsticia was sent off the favourite for the Prix Saint Alary but could only manage third behind the useful filly Tawkeel. That probably wasn’t her true running and she can go well at an each-way price for the famous French horseracing owners- Wertheimer and Frere.

Another filly with a live podium chance is Miss Extra (nap) who has been supplemented into this race on the back of a trio of wins already this season, and who thoroughly warrants her place in the field.

Miss Extra’s trainer’s Pia and Joakim Brandt know exactly how high their filly can go and she has had stayer written all over her since day one.

If all that excitement across the Channel wasn’t enough there’s just the small matter of The Eclipse to sort out with a rather classy field of 8 assembled.

John Gosden’s wonder mare Enable (nb) will be looking for the perfect start as she begins her latest season with the ultimate goal of a fourth tilt at the Prix de l’Arc de Triomphe being the main aim.

Enable returned with a victory in this contest last year and she is looking to do the Eclipse double, but as she gets older her nearest rivals get stronger and she will have to pull out all the stops to keep winning these premier races as a six-year-old.

The Charlie Appleby-trained Ghaiyyath (nap) is only rated 2lbs inferior to Enable and you had to be taken by the way he made all to land the Coronation Cup at Newmarket, breaking the course-record there to boot.

Some may argue that he runs best fresh and that his recovery time between Royal Ascot and now is probably insufficient. However he appears to be an altogether better and stronger horse than last season and punters shouldn’t let that put them off.

Japan wasn’t beaten too far when finishing a couple of places behind Enable in the Prix de l’Arc de Triomphe on his final start of last season, but his supporters will be disappointed that he could only scramble fourth in the St James’s Palace Stakes on his seasonal return at Royal Ascot.

Aidan O’Brien’s colt however does have a habit of starting his season off rather lacklustre, then picking up the mantle when it really matters, so we may seen a completely different Japan here.

And finally it wouldn’t come as a surprise if the Japanese-trained Deirdre could nick a place in this race. The afore mentioned horses could quite easily cut one another’s throats which would leave Oisin Murphy plenty of real estate to mow them down late.