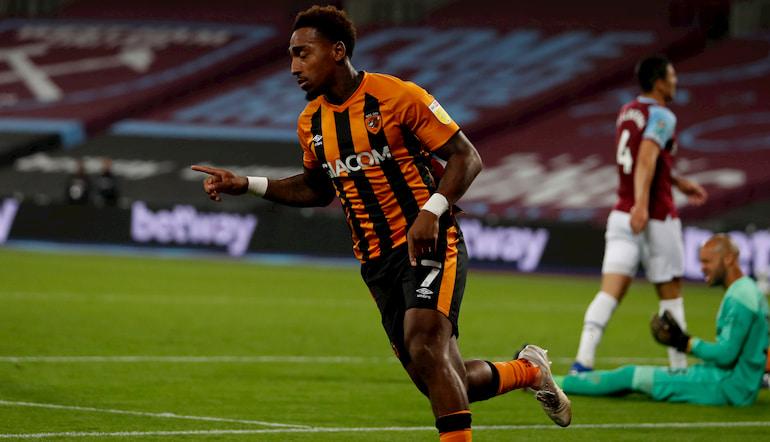 The 2019/20 campaign was a horrible one for Hull as they suffered relegation to League One. A strong start to 2020/21 has put them among the football betting favourites to be promoted at the first time of asking.

As with most relegated sides, departures were the focus of the transfer window. Hull saw a lot of players leave on free transfers, with the only notable fee coming from Leonardo da Silva Lopes’ move to Cercle Brugge.

Grant McCann’s side have made a strong start to life in League One – will they make further moves to bolster their squad in the January window?

Hull were founded in 1904 and initially used The Boulevard as their home ground when it wasn’t occupied by the local rugby league team. They built their own stadium a couple of years later, and were admitted to the Football League for 1905/06.

Their greatest success in their first few decades was an FA Cup semi-final appearance in 1930, which has since been trumped by a run to the final in 2014.

The club reached the Premier League for the first time in 2008 – it was one of the great stories in English football, having been bottom of the fourth tier less than a decade previously.

They fulfilled the role of yoyo club for a period until relegation from the top flight in 2016/17.

It has been a turbulent few seasons since then, capped off by relegation to League One at the end of 2019/20. Grant McCann, appointed in 2019, has stayed on at the club, hoping to take them back to the second tier.

Hull fans generally view Leeds United as their main rivals, though there’s historic tension with fellow Yorkshire club Sheffield United. The Blades pipped Hull to promotion in the 1980s despite being level on points and goal difference.

Lincolnshire teams Scunthorpe and Grimsby are also rivals of Hull despite fixtures being infrequent over the last decade or so.

Lincoln City and York City both view Hull as rivals, but again, the standing of those two clubs makes meetings rare. When Lincoln and Hull face other in League One this season, it will be their first clash since 2004.

Assem Allam is the controversial owner of Hull City. Allam completed a deal for the club in 2010 and assumed the role of chairman, leading the Tigers back to the top flight in 2013.

Allam has been widely unpopular, never more so than his proposed name change, which he announced in a local newspaper in 2013.

“Hull City' is irrelevant...it is common. I want the club to be special. It is about identity. 'City' is a lousy identity. 'Hull City Association Football Club' is so long."

The club has been up for sale for several seasons with Allam coming under pressure for a lack of investment.