Who is the best Indian badminton player to grace the court? We look at the five top names to hail from India... 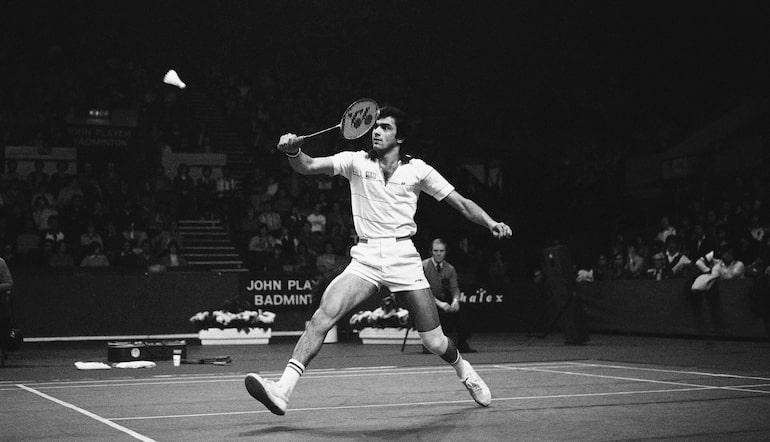 Badminton has a long and illustrious history in Indian sport but the past decade has seen a major revolution in Indian badminton.

With the sport now hitting new heights across the country, badminton followers have seen India enjoy success on the world stage.

In fact, three Indian badminton players have won Olympic medals while two climbed up to the top of the world rankings.

In addition, a first world championship crown for the country has firmly cemented India’s status as one of the elite badminton nations on the planet.

With several Indian badminton stars producing the goods on the international stage, many stars are now household names for online betting punters.

Without further ado, it is time to assess the best Indian badminton players in the history of the sport – starting with shuttlecock pioneer Prakash Padukone.

Prakash Padukone was the first major star of Indian badminton, raising eyebrows when winning the junior and senior domestic titles in the same year…

Having dominated the Indian badminton scene, Padukone announced himself on the international stage by claiming gold at the 1978 Commonwealth Games.

Padukone took his game to another level just two years later, clinching the All England Open title – widely regarded as one of the most prestigious badminton tournaments.

The Indian badminton star came up against Indonesian legend Liem Swie King in the final on that day but produced a world class performance to emerge victorious.

This triumph put India on the map as a force in the sport and Padukone is recognised as one of the pioneers for Indian badminton today.

Furthermore, Prakash Padukone made the tough decision to move to Europe – playing for clubs in Denmark in a bid to become one of the all-time badminton greats.

Since retiring, the Indian badminton legend set up a badminton academy in his name, with the aim of encouraging youngsters to get involved in the sport.

Saina Nehwal sent shockwaves around the world at the 2012 Olympic Games in London as she became the first Indian badminton player to win an Olympic medal.

Nehwal showed plenty of promise at Beijing 2008 and went on to compete internationally for her country, becoming the first Indian to win a BWF Super Series title in 2009.

Commonwealth gold followed in 2010 and, at just 22 years old, she was already one of the most successful figures in Indian badminton history. 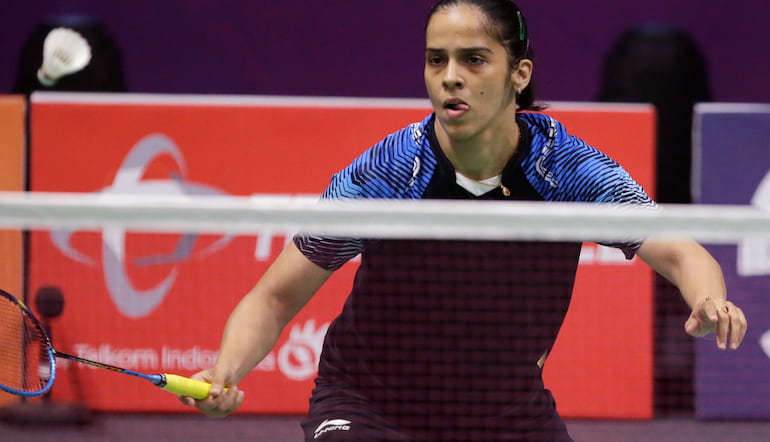 Unfortunately, Nehwal fell short in her bid for Olympic gold in London, losing to top seed Wang Yihan in the semi-finals but she wasn’t finished yet…

Nehwal wrote her name into the Indian badminton players history books by clinching the bronze medal – enhancing her nation’s status as a world leader in the sport.

Three years after the Olympics, Nehwal became the first Indian player to top the women’s singles rankings. She is undoubtedly one of the greatest Indian badminton players to grace the court. 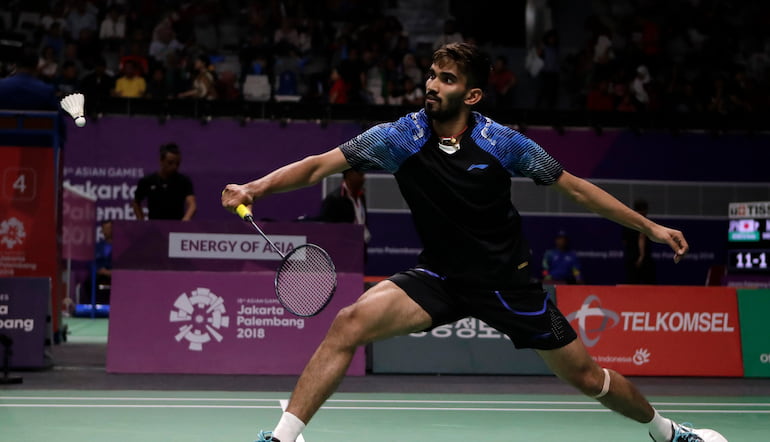 In doing so, he defied betting tips to defeat Olympic champion Lin Dan in the final. That in itself was a fantastic achievement for one of the most underrated Indian badminton players.

A few years later, Srikanth lost to Dan in the Olympic quarter-finals in Rio de Janeiro but his response after that defeat was very impressive indeed.

The Indian badminton star won a record four Super Series titles in 2017 and became the world number one in 2018 – becoming the first male Indian player to top the rankings.

A household name in the Indian badminton world, Pullela Gopichand won his first national title in 1996 before going on to defend his crown in each of the following four years.

Gopichand performed admirably on the international stage, winning silver with the men’s team at the 1998 Commonwealth Games and bronze in the men’s singles event.

However, the crown jewel of Gopichand’s career came in 2001 as he followed in the footsteps of Prakash Padukone to become only the second Indian badminton player to win the All England Crown. 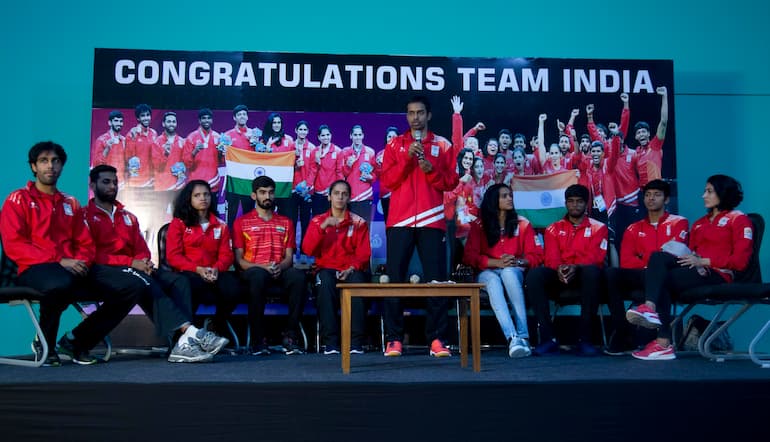 A recurring knee injury forced a devastated Gopichand into early retirement but he used this disappointment to fuel an Indian badminton revolution.

He created the Pullela Gopichand Academy in Hyderabad in 2004 and opened the doors to aspiring badminton players who wanted to learn more about the sport.

The institution was a roaring success and has produced several stars over the years, with a few of the names on this list coming through the Gopichand academy under his guidance.

PV Sindhu burst onto the Indian badminton scene in 2012, winning the junior Asian championships title before clinching bronze at the 2013 world championships.

Another bronze followed in 2014 and she showed grit and determination to reach the 2016 Olympic Games in Rio despite suffering a back injury prior to the qualifiers.

This brought about arguably the biggest moment of her career. At just 20 years old, Sindhu defied in play betting odds throughout the competition to reach the Olympic final. 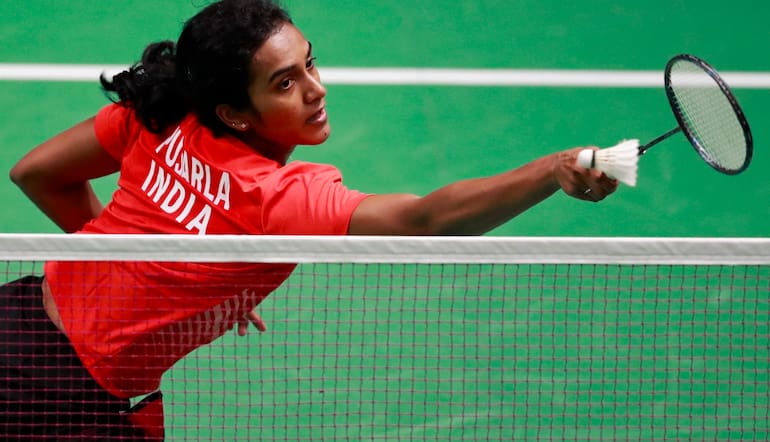 It was an epic match that had Indian badminton fans on the edge of their seat but Sindhu fell just short against the-then world number one Carolina Marin.

Sindhu has gone on to win the silver medal at two badminton world championships before claiming the BWF World Tour title in 2018.

She went from strength to strength that year and produced one of the most dominant performances of all-time to clinch a historic BWF world championship title in 2019 – the first time an Indian badminton player has won the accolade.

She followed up in Tokyo with another bronze medal, becoming the first Indian female player to win two Olympic medals and cementing her status as an Indian badminton legend.

Badminton Tips
About the Author
By
Alex McMahon