Who will win the 2022 King George VI Chase at Kempton Park on Boxing Day? Our horse racing writer looks at five leading contenders 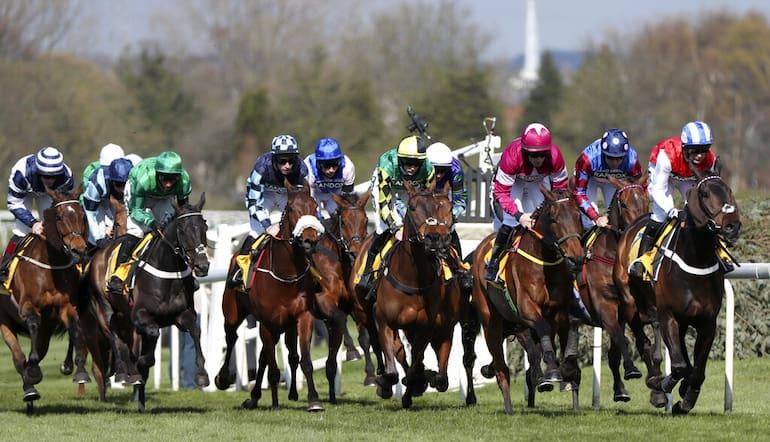 The King George VI Chase is widely considered as the second most important staying chase of the season after the Gold Cup and it is a race that has been won by some legendary horses down the years.

The Grade One race is run over a trip of three miles at Kempton Park on Boxing Day and is the highlight of Christmas for many racing fans.

As well as being a huge contest in its own right, the King George VI Chase is also a key trial for the Cheltenham Gold Cup. Let’s take a look at some of the main contenders for the 2022 renewal:

Bravemansgame was an impressive winner of the Charlie Hall Chase at Wetherby and understandably was inserted as the clear favourite in the antepost betting for the King George.

At the time of writing he is a 5/4 shot with us here at 888sport and a nice price for those of you betting on horse races online.

Ridden by Harry Cobden, the Paul Nicholls-trained star December beat Eldorado Allen by three and a half lengths, with Sam Brown back in third.

Nicholls believes the Boxing Day feature is made for him and that is high praise from the 13-time champion trainer.

Paul Nicholls says that Hitman is now a serious rival to stablemate Bravemansgame after he won the Graduation Chase at Haydock Park in decisive fashion, and he’s probably not that far off the mark with that statement.

Second on his seasonal reappearance in the Old Roan Chase at Aintree, the six-year-old booked his ticket to Kempton with a sound thrashing of his three rivals.

Jockey Harry Cobden now faces the dilemma of which Nicholls runner to side with on the day...

Hitman takes out his rivals at @haydockraces 🏇

Galopin Des Champs was the winner of three of his four novice chases last season before falling at the final fence in the Grade 1 Turners Novices’ Chase at the Cheltenham Festival when 12 lengths clear of Bob Olinger.

He is undoubtedly a superb horse and is generally the favourite on most betting books for the Cheltenham Gold Cup in March. You can check out his current Cheltenham betting odds here.

GALOPIN DES CHAMPS is back with a monstrous performance at @Fairyhouse! 🤩 @WillieMullinsNH's superstar makes amends for his final-fence fall at the Cheltenham Festival with this impressive victory in the G1 BoyleSports Gold Cup Novice Chase under @PTownend 🙌 pic.twitter.com/n2OjfuF23Q

According to his trainer Henry de Bromhead, Envoi Allen will be much better suited to the demands of the King George VI Chase than stablemate Minella Indo, who sank without a trace in last year’s renewal.

Following his victory in the Champion Chase at Down Royal at the start of November, the Cheveley Park-owned gelding has been a fairly static 5/1 shot with us in the antepost betting market for the Christmas feature.

Envoi back with a bang!🏇

What a result for @HenrydeBromhead and @rachaelblackmor as Envoi Allen stays on best of all to win the Grade 1 @Ladbrokes Champion Chase. He's now 4-4 @Downroyal! pic.twitter.com/pAkNbNJ4LQ

Tornado Flyer, trained by Willie Mullins and ridden by his nephew Danny Mullins, pulled off a huge upset at 28-1 to win the King George last year but could they really do the same again 12 months later?

His recent second in the Grade 2 Clonmel Oil Chase says the nine-year-old is still a force to be reckoned with and should be ruled out at your peril.

🌪 The Tornado rips through @kemptonparkrace

👍 Asterion Forlonge OK after his fall at the last pic.twitter.com/ltGxX9dilv