Hunting The Quadruple: Can Man City Or Liverpool Win All Four Trophies?

Manchester City and Liverpool are clear of the chasing pack in English football but can either club dominate and win all four trophies this season? 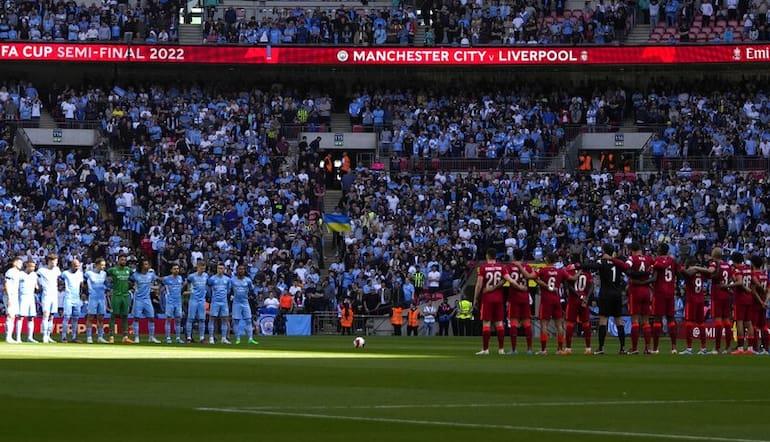 It first became possible for an English side to win a quadruple in 1960 though ‘possible’ seems jarring in context.

With the founding of the League Cup, a side could now theoretically win the league the previous season in order to qualify for the European Cup, then navigate their way through a series of knock-out rounds against champions of other leagues and lift the famous big-eared trophy come May.

And all while securing another league title and claiming the newly conceived League Cup and the FA Cup to boot.

As stated, ‘possible’ is a stretch, ‘possible’ takes extreme liberties and subsequently nobody discussed the fanciful notion of one team claiming all four major trophies back then, because it was deemed to be very much impossible.

It never came up, nor until recently was there even a betting market to cover such an eventuality. It exceeded our imaginations, like waking up and wondering if you were going to see a human levitate that day.

It first became easier for an English side to win a quadruple in 1992, though again ‘easier’ jars, hugely downplaying what is necessary to achieve this ridiculous feat.

At least now, with the European Cup rebranded as the Champions League it afforded a team to finish top four a year prior and, furthermore, an opening group stage in the continental competition allowed for slip-ups on route.

Yet still, it was an unexplored conversation, never mentioned even when Sir Alex Ferguson’s Manchester United went on a sustained winning spree in 1998/99. Having exited the Worthington’s Cup in December, all of what followed was framed as a treble quest.

Only then in 2016, Pep Guardiola arrived on our shores, his managerial alchemy initially hitting some resistance before the English game bent to his will and wilted under his fantastical football.

In 2017/18, the Blues didn’t encounter a league defeat until mid-January and briefly it was suggested that they might replicate the great Arsenal side of the 2000s, remaining invincible throughout a long season.

A year later, a similar charge found them still competing in every competition in the Spring and with March heralding a Champions League quarter-final clash against Spurs, along with a couple of must-win games in the league as they fought neck-and-neck with Liverpool, it was tentatively pointed out that the Carabao Cup had already been attained, while a fortnight earlier a FA Cup final spot had been secured.

It was at this juncture, and for the first time ever really, that the idea that an English team might win a clean sweep of silverware began to be mooted beyond a whisper.

“It’s almost impossible to achieve everything, that is the truth,” was Guardiola’s response, when questioned about the unprecedented pursuit, and the Catalan was indeed telling the truth. Spurs won at the Etihad and progressed to the semis.

Such was City’s supremacy however, that again the subject was raised in the Spring of 2021, and with City deep in every tournament what particularly interests here is a candid admission made by their full-back Oleksandr Zinchenko that the players were proactively hunting down a quad. They had, he insisted, ‘hungry eyes’ so ‘why not?’

This unusual breaking of the unwritten player’s code to always play down their intentions brought a public rebuking from Guardiola, in itself a rare occurrence.

“I am older than Mr Zinchenko, I have more experience and I don’t agree with him,” he said, going on to call four titles a ‘utopia’. And again, he was right. It was a utopia, mystical and out of reach.

Of course, City have not had everything their own way in recent seasons with Liverpool forging a duopoly at the top of the Premier League.

As much as Guardiola has transformed City into a ravenous and ruthless machine, Jurgen Klopp has done likewise at Anfield, and while they have also flirted with trophy clean sweeps in previous seasons, last term they went closer than any side has done before.

Remarkably, on the final day of the league season, and with a Champions League final honing into view, the Reds were just two games away from creating a quite ludicrous slice of history, something that Klopp himself had described as ‘crazy’ some months before. Naturally, the German was right. It was.

Yet still, when these close shaves are acknowledged, along with each team’s phenomenal stats, that have seen City average 89.5 points and Liverpool 89.25 points across the last four campaigns, while consistently reaching major finals, is it too far-fetched to speculate that one of these generational sides might win the lot this season? Possibly not.

Which naturally, is not to diminish the feat, that pertinently has never been done before by any team in Europe’s big five leagues, even if some have dominated eras in indomitable fashion. 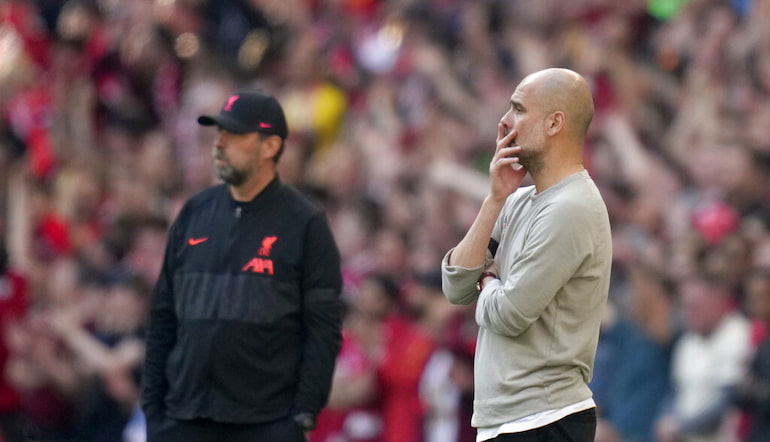 More so, it’s not possible to diminish, not when it’s noted what a true quad consists of. A Super Cup or a Club World Cup doesn’t cut it. A Community Shield or it’s continental version certainly doesn’t. Only a Champions League, domestic league title, and the two main domestic cups suffices.

That it’s not been done before brings us to an obvious but necessary point, of how exceedingly difficult it is. One single off-day and it’s all over, as demonstrated by City’s loss to Spurs.

A team too needs to be inordinately consistent and enjoy inordinately fortunate, because how many games from these side’s vintage seasons had them rely on a bit of magic from De Bruyne or Salah; or saw a late chance for the opposition skim past the post. Or they found themselves on the right side of a VAR call.

It is additionally immensely grueling, depleting every reserve and testing every weak spot and this was witnessed last season, as Liverpool had their brush with immortality.

An astonishing, but ultimately anti-climactic charge necessitated 37 players, even if a handful experienced only mere minutes in the opening rounds of the domestic cups. It amounted to 63 games, that equates to 5700 minutes of competitive football. Not for nothing is elite football a squad game these days.

To that aim, both clubs have spent their summer active in the transfer market, strengthening from a position of strength and it feels highly unlikely that anyone other than City or Liverpool will claim the title ten months from now. A glance at the latest Premier League odds tells us that.

🏆 Man City have won the title in 4 of the last 5 seasons - and Erling Haaland will join this summer.

⚽️ @FabrizioRomano talks about the challenges #MCFC faced to sign Haaland and how he can be Pep Guardiola's crown jewel. https://t.co/di2xYZu0ub

But the FA Cup, with its draws that may be kind or cruel? The Champions League, that pits the cream of the continent against them? Then there’s the fixture build-up that always strikes at a season’s finale for any successful side.

In a unique year that has a World Cup squeezed into it, might the schedule become too condensed for even their vast squads to handle?

Let’s end on another example of how fortune is key. Last term, as Liverpool lost only 6% of their fixtures, Virgil Van Dijk – the Reds’ totem and leader – played more minutes than any other outfield player, 4620 minutes all told.

Yet the year before, their Dutch colossus succumbed to injury, depriving them of his services for the most part. And Liverpool won not a bean.

It’s fair to presume that Manchester City and Liverpool will again be brilliant in 2022/23 and be triumphant considerably more times than not. To win the lot however needs copious luck, and frankly there is no accounting for that.