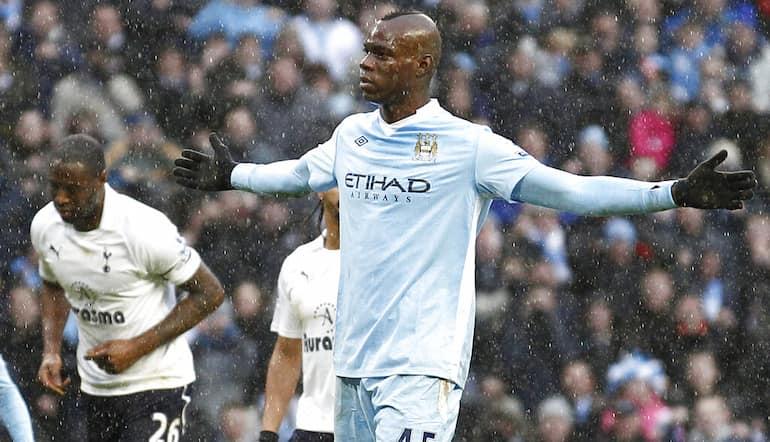 Born Mario Barwuah in Palermo, Sicily on August 12th, 1990, the future superstar was placed in foster care aged three to the Balotelli family, who resided in Brescia, northern Italy.

Obsessed with football from a very young age, Mario’s rare talent was soon spotted by scouts and when snapped up by Inter Milan as a teen and widely hyped he appeared to have the world at his feet.

Yet all-too-briefly his star shone, with moments of brilliance routinely eclipsed by disciplinary issues and periods of anonymity.

Here was a genuinely impactful forward who could exasperate to the point of annoyance with a story once imparted by his ex-Inter boss Jose Mourinho summing up his reckless nature.

On picking up a yellow card in the first half of a crucial game, the Italian international was repeatedly told during the break to avoid any further incidents as Inter were enduring an injury crisis and needed him on the pitch.

Balotelli listened, he nodded, then got sent off a minute into play resuming.

Such moments of hot-headedness unquestionably stopped the player from fulfilling his true potential at Inter, Manchester City, AC Milan, and later Liverpool but even if that really disappoints, nobody can make a claim that Mario Balotelli wasn’t box-office.

How Much Is Mario Balotelli Worth?

Even a career blighted by controversy and setbacks has netted ‘Super Mario’ a fortune in the region of £30m, most of which is made up of signing-on fees and high-end salaries.

On joining Manchester City in 2010, the forward enjoyed a significant bump in his pay packet bringing home £111,750 per week before bonuses.

Around this time too, Balotelli became a full international with Italy and won the prestigious Golden Boy award given to the most promising young player in Europe. Both feats will have hugely boosted his commercial appeal.

As evidenced by a €5m a year deal struck with Nike that expired in 2013 and prompted Puma to step in, reputedly doubling his fee to promote their boots and other sporting merchandise. It is a lucrative collaboration that continues to this day.

Endorsements aside, Balotelli’s inability to settle at any one club may have flattened his career curve but it’s certainly done no harm to his bank balance. 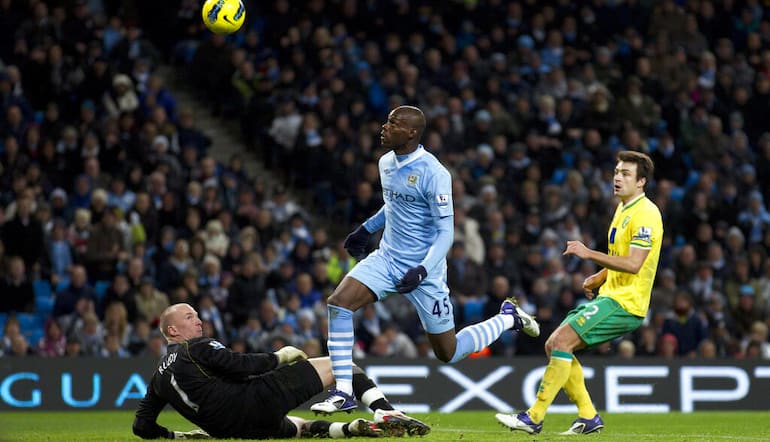 His return to the peninsula in 2013 saw the player collect £170,000 a week at AC Milan, a figure that only marginally decreased on joining Liverpool a season later. A bumper signing-on fee would have more than compensated for any dip in earnings.

On the pitch, Balotelli regrettably failed to set Anfield alight though our Premier League predictions tip the current crop of strikers to fare much better, helping bring silverware to Merseyside.

Still, Balotelli was rewarded soon after with another profitable move, this time to Nice in France’s Ligue Un.

Such bountiful pay-offs has afforded Balotelli to both invest wisely and enjoy the fruits of his gains.

He has a property portfolio that includes a £4.7m mansion set in Cheshire, England complete with helipad and an obligatory indoor pool.

He also owns a fleet of luxury sportscars, including a Bentley Continental GT and a Ferrari 458 Spider, each worth nearly a quarter of a million pounds.

Imagine being able to go back in time to 4.45pm on May 13th 2012. At the Etihad Stadium in Manchester, City are 2-1 down to QPR in a game they desperately need to win in order to secure a first league title for 44 years. Just imagine the live betting odds on the Blues triumphing as the game ekes past its final minute of regulation time.
In the event of course, Edin Dzeko nodded home an injury-time equaliser and then moments later, Balotelli slid to set up Sergio Aguero, remarkably the Italian’s only assist all season.
Aguero’s last-gasp winner led to one of the most famous Premier League celebrations as the Argentine peeled away in disbelief, as the world tilted on its axis.
Elsewhere, another goal celebration has become synonymous with the player, this time with Balotelli taking centre stage.
After opening the scoring in a Manchester derby just 24 hours after setting fire to his bathroom by accidentally setting off a firework, he lifted up his shirt to reveal a printed message asking, ‘Why always me?’ It was an iconic moment that endeared himself to a nation and rather fabulously, Balotelli later backed a fireworks safety campaign ahead of Bonfire night.
It has not all be hijinks and drama, however. There has also been some mature and superb football played along the way. So impressive was Balotelli during the 2012 Euros, as the Azzurri reached the final, he was included in UEFA’s Team of the Tournament. Let’s not forget either that the 31-year-old – who currently plies his trade in Turkey with lowly Adana Demirspor – has won four league titles in two different countries.

Yet as much as his glimpses of excellence have entertained, they pale to the folklore that has grown around this enigmatic and unique individual.

Stories that may or may not be true from his two stints in England include Balotelli driving into a women’s prison because he wanted to ‘look around’.

There was a heavy fine inflicted on him after he used some of Manchester City’s youth players as target practice while playing darts outdoors.

Reputedly, the player was once stopped by the police who discovered £25,000 on his person. When asked why he possessed such an amount he replied matter-of-factly, ‘because I’m rich’. 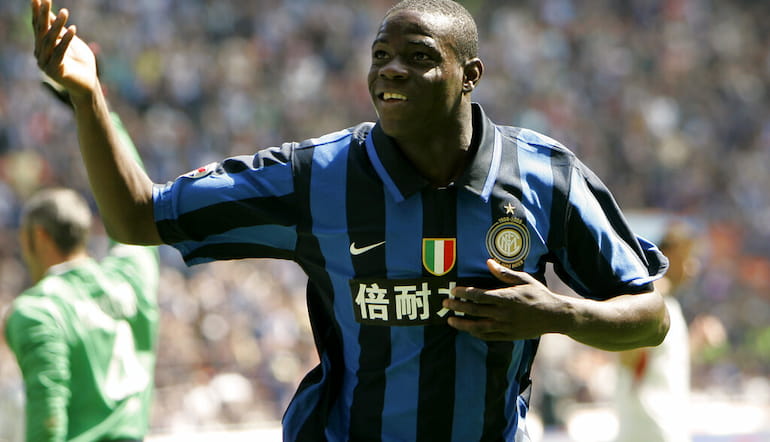 He was also rumoured to be in the habit of paying for everybody’s petrol when filling up his latest supercar while he was also once seen handing out £50 notes to strangers in Manchester city centre.

Perhaps the most charming tale involves his mother arriving from Italy and instructing Balotelli to buy essentials from John Lewis. The scamp arrived back home with a giant trampoline, a Vespa scooter and a Scalextric set.

It has not all been light-hearted antics, however. His time at Brescia came to an acrimonious end when he refused to turn up for training while going back to his earlier days, to engineer a move away from Inter, the youngster wore an AC Milan shirt on live television.

What’s the betting this deeply flawed but seriously box-office talent does something else crazy before his career sadly draws to a close.