Mark Lawrenson EXCLUSIVE: French Police And UEFA Were The Problem In Paris, Not Liverpool Fans

Football legend Mark Lawrenson gives his view on the events at the 2022 Champions League final, stating that Liverpool supporters were not to blame for trouble outside the stadium 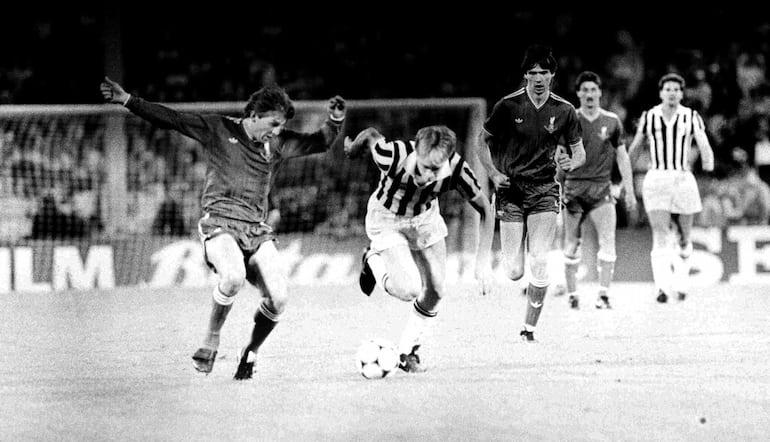 Liverpool legend Mark Lawrenson has heavily criticised UEFA and the French police after Reds supporters endured chaos and ill-treatment ahead of their Champions League final in Paris at the weekend.

“They don’t like us, that’s the bottom line and it was just a case of them thinking, ‘some of these are animals so let’s treat them like animals’. The way supporters were herded in through two turnstiles.

"What is that all about? They know there is twenty thousand people coming in and they also know that fans are there two or three hours before the game these days having food and drink and soaking up the great atmosphere.

"And they’ve just gone, ‘you know what, this is Liverpool, there is always a problem’. In fact, they were a bigger problem than any Liverpool supporter.

"Something should be done about it, but I don’t think anyone is expecting that, which is ridiculous because I saw one interview with a dad and his lad who had special needs, and they got pepper-sprayed. What on earth? And then there were people – obviously locals – climbing over the fence to get in. Bonkers.”

A five-time league winner during his playing days, as well as lifting the European Cup in 1984, ‘Lawro’ then turned his hand to broadcasting, becoming one of the most well-known and respected pundits around until he announced this month that he is hanging up his opinions after 25 years of service.

Who better to ask therefore, for old time’s sake, how this current, phenomenal Liverpool collective compares with the celebrated red sides from the past?

“They’re up there. Yes, they didn’t win the Champions League and yes, they lost out to City in the league, but I think I’m right in saying they are the only team ever to play every single game that is possible.

"They played 60-odd games this season and even if they have a big squad, towards the end of the season one or two of them were getting a bit leggy. But they’ve been brilliant.”

If that is a ringing endorsement of the standards presently being set at Anfield it should be noted that Lawro rightfully insists that several from his generation would walk into today’s side.

When it comes to the manager however, he reserves nothing but the highest accolade.

"And it’s not just about having great teams and winning loads of trophies. It’s about Hillsborough. It’s about Heysel. It’s why so many people have Liverpool as their second team, it’s because they’ve seen what Liverpool have been through.

"When I signed in the early-Eighties, the Government cast the place aside. And he’s got that.

"He also has the complete respect of all of his players. He has a laugh and joke with them and puts his arm around them. But when he needs to be strong with them, he is.

"His recruitment has also been absolutely brilliant. I’ve never seen anything like it. I mean, this is the best squad that Liverpool have ever had. There is no doubt about that. It’s easily the best.”

With world-class players competing for every position it’s hard to disagree, yet there is a very real danger the squad may diminish in stature in months to come with Sadio Mane publicly declaring he intends to leave this summer and with Mo Salah’s contract impasse ongoing.

Concerning the latter, Lawrenson believes his former club are stuck between a rock and a very expensive hard place.

“It all comes down to how much money Mo wants. Because you can’t be thinking of just one player but all of them. And if you suddenly say to Mo, here’s whatever it is you want per week, then Klopp’s office door will be hanging off its hinges.

"Van Dijk will be in, saying I want more money, and understandably so because he’s brilliant. The goalkeeper will be the same. They have to prioritise running the football club.

"It's an interesting one because Mo has said he will be staying for next season and that sounds like he’s not going to sign another contract. The real issue began when City signed Jack Grealish for £100m and everybody knows his wages.

"Mo’s agent probably then thought, well if Grealish is going there for £100m then my boy – who is a much better player and scores tons of goals – should at the very least be on what Grealish is.”

All of which leaves a very pertinent question: Can Liverpool afford to let the Egyptian hot-shot go at any price?

“Salah is absolutely and totally up there with the best. He plays on the right, and he’s left footed, and he scores goals for fun. I can’t remember Liverpool ever having a player like that before. It’s almost a guarantee of goals if you have Mo.” 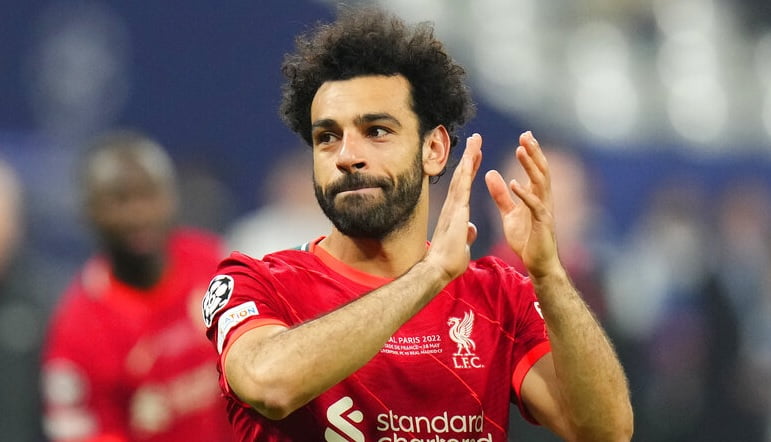 Salah’s 23 strikes in the top-flight last term contributed to yet another outstanding league campaign for Liverpool, ultimately missing out on a Premier League title by a single point to Manchester City.

It’s a duopoly that is seemingly set in stone, with the awesome duo miles ahead of the rest and Lawrenson dismisses the possibility of any side directly competing with them in the near future.

He does however suspect Tottenham may come closer than the others.

“You can just tell that Conte is a proper manager. He has said some strange things along the way, but he is really bright and says things for a reason, goading his players to get a reaction.

"He’s also made one or two great signings and he’s got two of the best strikers in the world. If he can sort them out defensively, they can be the best of the rest; better than Chelsea, Arsenal or Manchester United.”

The latter of course entertain a new manager this summer in the form of Eric Ten Hag and with many big names expected to leave, a significant rebuild awaits at Old Trafford.

Even so, Lawrenson insists that the Dutchman’s first order of business won’t involve new transfers.

“The first thing that Ten Hag will do is make United super-fit. They are not super fit right now and when you watch them play, they fade away. So that will be a priority.

"Just look at Liverpool and City, who are the yardstick. They work their socks off and if a player doesn’t, he doesn’t get into the team.

"Giving a minimum of 100% will change how they play but he also has to wheel and deal if he wants them to challenge for the top four next season. The title is beyond them though.”

Straight talking and always good value for an interesting take. We will miss Lawro a lot.

Football Tips
Liverpool
About the Author
By
888sport