Who is Martin Keown and what is his net worth? We look at Martin Keown wealth estimates, as well as his life away from football... 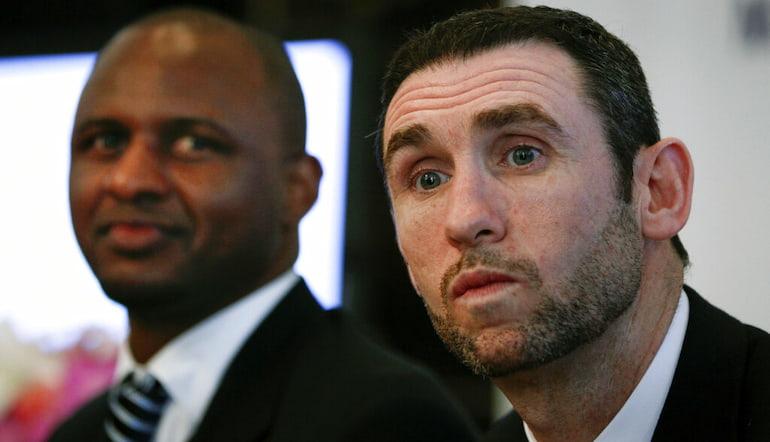 Martin Keown was a pillar of consistency for Arsenal throughout his playing career, taking charge of the Gunners defence alongside fellow club legend Tony Adams.

Arsenal were popular in Premier League odds with Keown and Adams at the helm and the Gunners were one of England’s top teams for well over a decade.

With over 300 top flight appearances to his name, Keown will be remembered as a Premier League great and he led Arsenal to three titles during his time at the club.

Nowadays, Keown is still relevant in football and he is often seen providing his expert insight on Match of the Day and in the commentary box.

While opinion is split on whether Keown ranks as one of the best football pundits, there is no doubting his impact and influence at Highbury.

Here, we take a look at Martin Keown wealth estimates and discuss his football career – both on and off the field. How much is Keown worth? Read on and find out!

As a former professional footballer, you’d imagine Martin Keown has managed to build a vast financial empire – especially given his extensive media career since retirement.

Figures relating to Keown’s total net worth are hard to find, with great emphasis placed on these sums of money being estimates only.

The median estimated Martin Keown wealth value comes out at around £10 million. That is a believable figure on the face of it given the amount of cash in the sport.

Martin has worked hard to keep his private life out of the spotlight so we are unaware if he is involved in property, owns sports cars or has invested his money elsewhere.

We can safely assume though that the Arsenal legend made a hefty living from football and he remains a central figure in commentary and punditry.

Often seen providing his best football bets for a range of media outlets, Keown is a shrewd judge when it comes to the sport and his understanding of the game is second to none.

One of the best defenders of his generation, Martin Keown enjoyed plenty of success – both as an individual and in terms of trophies won.

While he spent some of his career at Aston Villa and Everton, Keown is famously known for his time at Arsenal and he has gone down in history as a club legend.

Keown’s best years in north London came during the Arsenal Invincibles years, with the club becoming the first team to go unbeaten in an entire Premier League season.

Here, we’ve put together a Martin Keown trophy cabinet list. Arsenal fans, if you fancy a trip down memory lane – check out our throwback to the good old days…

Representing your country is one of the biggest feats for any footballer and Keown was lucky enough to earn 43 international caps during his professional career.

Having worked his way up the international ladder, Keown made his full England debut in a friendly match against France in 1992.

Keown played at least one international match every year for a decade before announcing his Three Lions retirement in 2002.

He played at Euro 1992 and Euro 1996 and was selected for the 1998 World Cup and 2002 World Cup tournaments but was essentially a non-playing squad member.

By the end of his international career, Keown had totalled 43 appearances for the Three Lions and the Gunners legend notched two goals in the famous England jersey.

Martin Keown married long-time partner Nicola in 1990 and the couple still live together in Oxford.

Taking on the role of a footballer’s wife is never easy but Nicola has done well to avoid the limelight over the years, with Keown keeping his relationship private.

Speaking to The Independent in 2008, Keown revealed how his wife criticised his behaviour towards Ruud van Nistelrooy in September 2003. 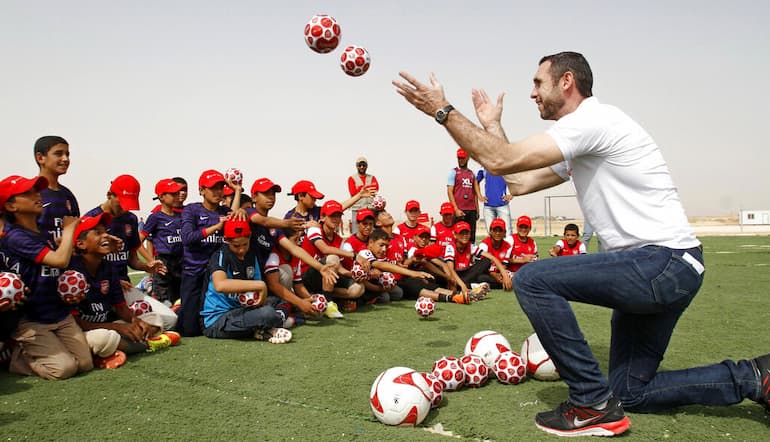 The Manchester United striker missed a late penalty and Keown released his frustration by screaming with delight in the Dutchman’s face, an act condemned by Nicola.

“I rang my wife after the game, and she’s usually very supportive, but she said ‘I think you’ve gone and done it now’.

“It was the first time she’d ever said anything like that”, recalls Keown.

Martin and Nicola have two children; Callum and Niall. Youngest son Niall has followed in his father’s footsteps and is now a professional footballer.

Having started his career with Reading, Niall has also enjoyed stints at Partick Thistle and St Johnstone on loan during his early tenure in the sport.

Furthermore, Niall committed to the Republic of Ireland over England – and he has a total of two international caps for the under-21 team on his resumé.

Speaking back in 2015, Niall discussed the decision to declare his international future to the Republic of Ireland, admitting that his father’s experience had influenced his thinking.

“I’m really looking forward to linking up with the under-21s. There’s a strong Reading contingent in the Irish U21s and it’ll be good to hook up with them,” he said.

“Dad used to get a lot stick from his family for playing for England. I was aware of all that so it wasn’t really a big decision for me to represent Ireland.”

Could we see Niall Keown feature in Premier League predictions in the future? Only time will tell. It’s still early days for the 26-year-old in his pursuit of making it at the top level…

Premier League Tips
Arsenal
About the Author
By
Alex McMahon