Remembering THAT Michael Essien Goal Against Arsenal In 2006 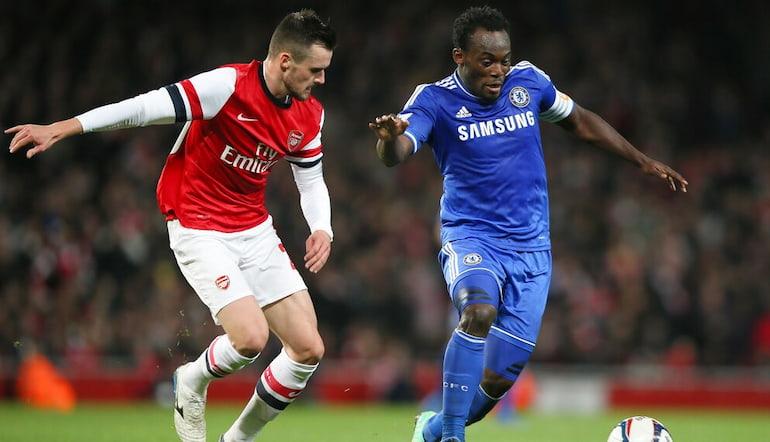 Cast your minds back to 10th December 2006. That day will live long in the memory because we saw one of the greatest strikes in Premier League history.

But it wasn’t Thierry Henry, Didier Drogba or Wayne Rooney who wins that honour – instead that title belongs to Ghana midfielder Michael Essien.

Two of the leading contenders in Premier League winner odds at the time, both clubs found themselves way behind runaway leaders Manchester United going into the clash.

And while the two teams had to settle for a share of the spoils, it was Essien’s goal that was the real talking point in the aftermath of the contest.

With the Blues trailing 1-0 with just over five minutes remaining, Chelsea were beginning to pile on the pressure – though Jens Lehmann had stood tall throughout.

Cue Essien and a moment of brilliance. The ball was played into Frank Lampard in midfield and there was nothing on going forward, so he simply laid the ball off for Essien.

Running onto the ball from the right back position, there was a sense of anticipation as the Ghanian opened up his body and struck the ball some 35 yards from goal.

As soon as the ball left his boot, you knew it was in. Stamford Bridge held their breath as the ball swung through the air before nestling in the far corner.

Chelsea fans erupted and there was a huge sense of relief, with jubilant celebrations among the Blues contingent on the pitch. It felt like a big moment in the context of the season…

It's Thursday, so we're throwing it back to this dreamy strike from @MichaelEssien against Arsenal! ☄️💥

The goal got even better as you saw the replays, with the behind shot proving best of all. The swerve on Essien’s effort was unbelievable – it truly was a one in a million strike.

It was an effort that defied the laws of physics. Anyone involved in betting on football online will have seen Essien’s goal at one time or another; it is an iconic Premier League strike.

While Chelsea were unable to find a late winner, that goal gave the Blues the impetus to go and push Manchester United for the remainder of the season.

They ultimately fell short in their pursuit of retaining the title but Chelsea finished 15 points clear of Liverpool in third place. Arsenal had to settle for fourth once again.

Martin Tyler and Andy Gray were the men in the commentary box that day and both were clearly taken aback by the nature of the effort.

The Ghana midfielder had scored just two goals in 31 appearances during his debut season in the Premier League but bagged a spot in the history books with that Arsenal strike.

It was a goal that you could never have called – not even the most ardent Premier League predictions follower would’ve backed Essien to score from that sort of range.

However, football is a funny old game and the stars were aligned perfectly for him on that day. Thank goodness they were as they gave us one of the great Premier League moments.