How much does Mo Salah earn per week? We look at Mohamed Salah estimated wealth figures as well as his life off the football pitch. 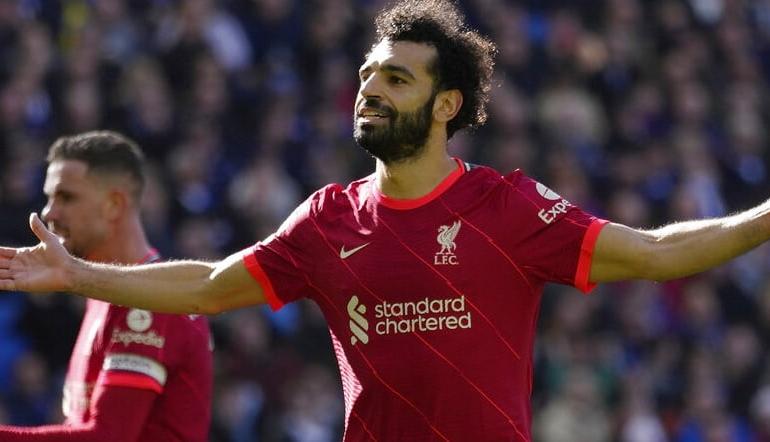 Mo Salah has been at the centre of bets on sport for several years.

Though a flop at Chelsea, the Egyptian has built a spectacular Premier League career with Liverpool, earning the right to be considered among the greatest African players in English top flight history.

Salah’s raw pace drew the attention of many clubs when he was at Basel. Few could have envisaged what he has developed into with club and country, though.

While still petrifying defenders with his pace, Salah has made serious development as an all-round player, becoming an accomplished dribbler and lethal finisher.

Picking Salah to score when placing football bets today has become one of the Premier League’s locks.

His disarming smile has been the face of the Jurgen Klopp era at Anfield, and alongside a collection of Premier League records, he’s got several trademark moments in the red of Liverpool.

Mo Salah’s net worth is in the region of £65 million. Given the standard of his performances on the pitch, that number is lower than some might expect.

Despite being one of the most impactful players in Premier League predictions, Salah isn’t one of the league’s top earners. In fact, he’s underpaid compared to many of his peers.

While he will have got a massive pay rise when he joined Chelsea, he’s not enjoyed the sort of mega, long contracts of other attacking stars.

Still, he’s been able to rely on plenty of endorsements for some extra income. Adidas, Vodafone, Pepsi and Uber are just a few of the companies he’s worked with in recent years.

In line for a considerable wage increase in the next few months, Salah will be eyeing up a weekly wage in the £350,000 range. 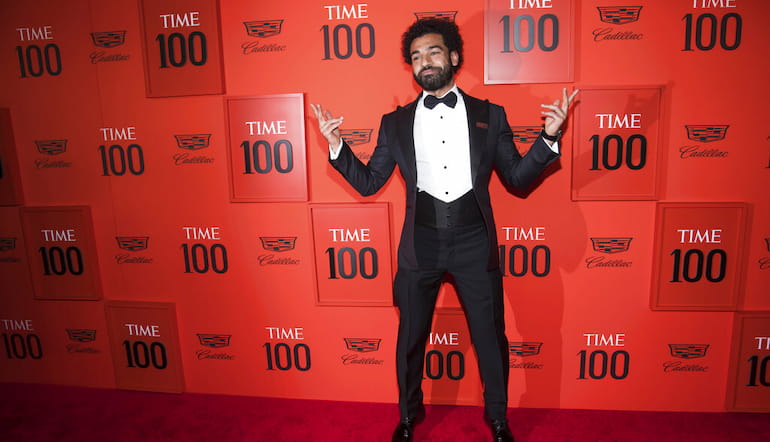 That’s the same that Jadon Sancho is earning at Manchester United and still comes in below Cristiano Ronaldo and Kevin De Bruyne.

Anthony Martial, Timo Werner, Pierre-Emerick Aubameyang and Jack Grealish are just a few of the Premier League players earning more than Salah, according to Spotrac.

Mo Salah’s wife is called Maggi. They got married in 2013, and had their first child, Makka, a year later. The couple welcomed a second daughter, Kayan, in 2020.

While generally a private family, Mo regularly shares snaps of Makka on his Instagram feed. Maggi is also often spotted at Liverpool matches.

Mo Salah joined Al Mokawloon as a teenager. He was not immediately an outstanding talent, only catching the eye of a scout who had initially come to watch another player.

School was sometimes put on the back burner so Salah could make the lengthy trip to training, and the work paid off. At just 15, he had impressed the first team manager and was soon getting regular minutes in the senior side.

Unrest in Egypt led to the halting of the season, however, and Basel leapt at the opportunity to snap up Salah.

Brief struggles in Switzerland did not hamper his development. It didn’t take long for his talent to shrine through as Basel won consecutive Super League titles, and matched up with some of Europe’s big boys in continental competition.

Chelsea were one such club. The Blues were clearly taken by his performances – they picked him up in January 2014 for a fee of £11 million, pipping Liverpool to his signature.

His performances didn’t exactly win over the Stamford Bridge faithful. Chelsea were stacked with talent in the final third, and his minutes were limited. He spent the second half of 2014-15 on loan at Fiorentina before a season-long loan at Roma.

Finding his feet in Italy, Salah moved to the capital on a permanent basis ahead of 2016-17 for €15 million. He found the net 19 times in that season as Roma pushed Juventus for the title.

Liverpool were once again interested, and splashed almost £40 million on the Egyptian. It has since proved to be a bargain.

In Rome and Liverpool, Salah experienced two of the best football cities around the world. He quickly became a fan favourite at Anfield, too.

A stellar first season was followed by European and domestic success; Salah continues to light up Merseyside on a weekly basis.

The end of Salah’s contract looms, but regardless of what the future holds, he’s cemented as a Liverpool great.