Is Gaillard du Mesnil worth backing at 7/1 to win the National Hunt Chase at the 2023 Cheltenham Festival? 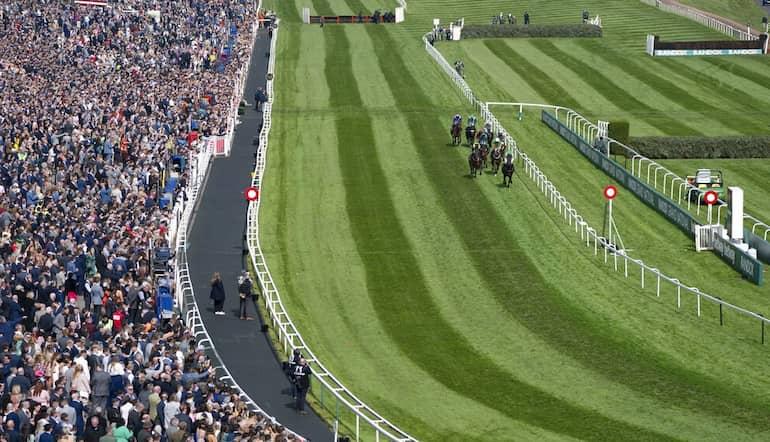 All eyes will be on Prestbury Park in March and the Willie Mullins runner can make it back-to-back wins for the trainer after Stattler’s success in 2022.

Priced at a general 7/1 in horse racing betting odds, Gaillard du Mesnil ticks plenty of boxes for the race and his third in the Irish Grand National represents the best form on offer.

Trained by a master, Gaillard du Mesnil has the right profile to win the 2023 National Hunt Chase and he is one of my main antepost fancies for next year’s Festival.

Patrick Mullins is one of the best amateur jockeys around, with many believing that he is as good as some of the top professional riders.

In fact, you could argue that the jockey bookings are very important for this race. After all, Mullins, Jamie Codd and Derek O’Connor have won seven of the past 10 renewals…

Amateur riders were prohibited from riding at Cheltenham in 2021 so they’ve actually won seven of the last nine runnings of the National Hunt Chase.

Mullins was at his brilliant best aboard Stattler in this year’s renewal, timing his challenge to perfection to go on and win by eight lengths.

The phrase ‘Willie Mullins bingo’ is enough to put the fear of God into punters but there is little doubt about Gaillard du Mesnil’s long term target this season.

Wait for the next Willie Mullins stable tour for confirmation if you like but the National Hunt Chase looks the ideal race for this second season chaser.

I’d be shocked to see Gaillard du Mesnil aimed at the Brown Advisory Novices Chase for the second year in a row, especially if The Nice Guy and Minella Cocooner go novice chasing.

The best trainer at placing horses, Gaillard du Mesnil preserved his novice status after a gallant third in the Irish National and he has the rating to win this race.

There is always a risk of injury when you bet antepost but there is no doubt that Gaillard du Mesnil would be an awful lot shorter than 7/1 if he turns up in March.

We know Gaillard du Mesnil gets the trip after that run at Fairyhouse and Cheltenham Festival betting odds are likely to move significantly if this is his confirmed target.

Campaigned at Grade One level for much of the 2021/22 jumps season, Gaillard du Mesnil is likely to race in some of the better novice races once again.

Three of the last four National Hunt Chase winners have been seven years old and Gaillard du Mesnil will also tick that box by the time March comes around.

Nothing is a given in racing but he has the RPR required to win the race, the experience and he stays the trip. With a bit of luck, he will get antepost backers off to a flyer on Day 1.