888sport ambassador Neil Callan pens his thoughts on rides at Ascot and Newmarket, as well as taking a look at the Arc 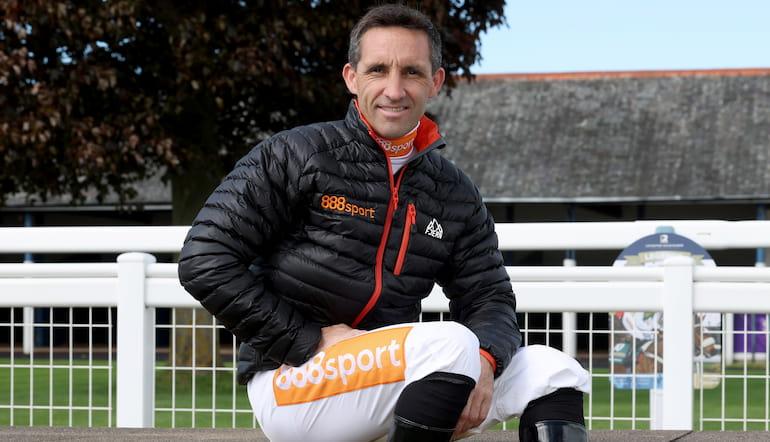 I’m looking forward to getting back on GIAVELLOTTO in the Noel Murless Stakes (3:45). He ran a great race in the St Leger and I know many will think because he was third there that he should be winning here but it’s not as simple as that.

You’ve got Secret State who won at Royal Ascot and Glorious Goodwood, Lionel who won well at Goodwood before going for the Irish Derby and El Habeeb who also has some decent form. It looks a decent race.

I galloped him the other morning and he seems well in himself. He’s learning all the time, it’s just taking him a while. Win, lose or draw, I think it’s good to get some more experience into him.

I’ve always had a lot of faith in him and always said he’d be a good horse. He’s just a slow learner and needs to become a bit more streetwise.

With horses like that you don’t want to be driving them mad at home sending them up and down the gallop. The only way to toughen them up mentally is to get them out on the track. They have to be put to the test.

I think he’ll be a decent stayer as a four-year-old. Ultimately, something like the Melbourne Cup could be an option.

My other ride on Friday is ALEEZDANCER in the six furlong handicap (4:20). He’s been pretty consistent and his last start was in the Ayr Gold Cup so these are calmer waters. It looks very competitive but I think he goes there with a good chance.

It’s nice to be teaming up with Kevin [Ryan] again. I was stable jockey to him for five or six years and we had some great days together. I’ve had a few winners for him this season and hopefully we can keep that going.

The big race of the day is the Group 1 Royal Bahrain Sun Chariot Stakes (2:42) where I ride FONTEYN, again for Kevin. She’s been running with great credit this season and wasn’t beaten far at all behind Nashwa in the Nassau Stakes at Glorious Goodwood.

Look, it’s not going to be easy, but it’s a Group 1 and so it shouldn’t be easy. Saffron Beach has been brilliant this season and she’s the one we all have to beat. You’ve also got Laurel who is unbeaten and Homeless Songs who looked very good in the Irish 1,000 Guineas.

I’m really pleased to have a ride for Sheikh Obaid in a Group 1. He puts so much into racing and it would be lovely if Fonteyn can run a nice race for him.

At this time of year you never know what the ground is going to do. It can suit some and not others. You’ve got to be in it to win it.

I also have a nice ride in the big sales race (2:06), a race I won last year with Tatsumaki before he was sold to Hong Kong. SAFARI DREAM has been in great form and I won on him last time at Windsor in the Racing League.

To me he looks like a horse who should appreciate the step up to six furlongs. If you qualify for a race like this you have to take your chance and hopefully he has a decent one. It would be nice to win it again, the prize money is fantastic.

Wales and the West strike back! 🥊

This year’s Arc looks like one of the most open in years, especially with no Baaeed.

Luxembourg was good in winning at Irish Champions Weekend and you always have to respect Aidan O’Brien in these big races, but I do think ALPINISTA looks a very solid candidate.

She’s won her last seven, the last five of which are in Grade One company, and she’s almost certain to run well again from what looks a kind draw. She’s trained by a master in Sir Mark Prescott and I expect her to go very well.