888sport ambassador Neil Callan chats about the Shergar Cup, the Racing League and a busy book of rides at Ascot on Saturday 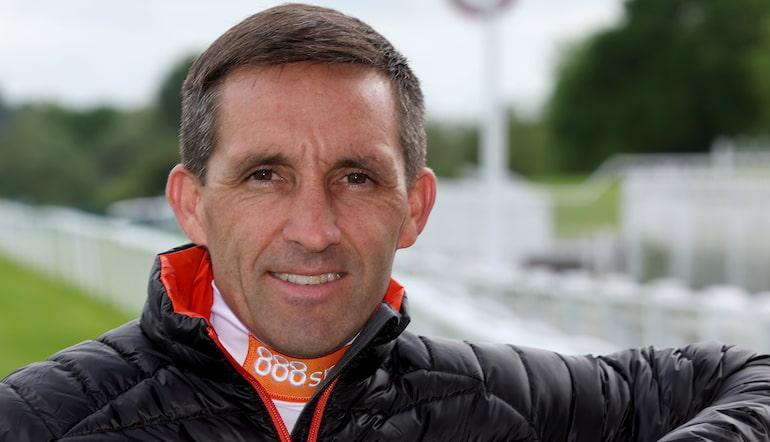 I know some people moan about the Shergar Cup, but what is there to moan about? This year is a prime example.

Field sizes around the country are rubbish and the prize money is ridiculous. Punters can’t even bet on a lot of these races because they’re so uncompetitive.

At Ascot, you’re going to have proper fields, competitive races and all the big trainers are supporting the meeting. In today’s times, this is something we need more of not less.

It’s the same with the Racing League. You get seven or eight races with decent prize money and pretty much all full fields. What more do you want?

It’s about prize money and competitive racing and this is what it should be like every day, not just weekends. The BHA really needs to do more.

They say, “it’s a long-term strategy”, or “we don’t want to make a kneejerk reaction”, but that is complete rubbish. This has been going on for 15 years. It’s why I left to go to Hong Kong all those years ago.

I know I sound like a broken record but there’s too much racing, terrible prize money and small fields. Everyone could see what was happening, but racing’s rulers didn’t do anything about it.

They couldn’t see it and now they’re saying they need time. It’s just laughable. What have they been doing for the last 10 or 15 years? How have they let it get so bad?

🗣 "Midweek racing is like watching third division reserves and that isn't good enough."

It was always only going one way and that was south. We need to move quickly, we can’t wait until 2024, it needs to be now.

I’ve ridden in the Shergar Cup twice for Ireland and our team has won it both times, so I’m going for the big hat-trick! I’ve ridden winners at the meeting and just I think it’s a great concept.

It’s at our premier track in England, the home of Royal Ascot, and you get some really competitive racing and a good mix of jockeys from around the world.

The prize money is excellent and I love the fact that it’s promoted as a big family day out. It’s a great day for racing and considering how bad the field sizes and prize money are at most tracks, it’s quite uplifting to experience something like this.

I’ve got five rides and you’ve always got a squeak when you’re riding at the Shergar Cup. My first is probably my best chance of a winner.

ORBAAN (1:35) won the big mile handicap at Goodwood last week which he really deserved. He’s been unlucky in a few races this season, but this smaller field on a straight track should be perfect for him.

It’s a stiff seven furlongs at Ascot and he has a strong turn of foot. It would be nice to start off with a winner.

He’s not a bad horse, he’s won a couple so far this season and has been running to a consistent level.

He’ll just need everything to fall right for him, but he’s very capable on his day.

I’m glad to be riding SOUTHERN VOYAGE for my good friend Steve Parkin of Clipper Logistics and Archie Watson in the mile and a half handicap (3:20).

He rattled off a hat-trick last summer, including a win over course and distance which is always a bonus.

He was a bit disappointing on his reappearance at York when he was very free, but hopefully he will have settled down now and he can recapture his form from last summer.

In the final strides!

The mile handicap (3:55) is another open race where I ride REDARNA for Dianne Sayer.

As an eight-year-old, he has plenty of experience and he won his only start at Ascot over seven furlongs back in 2019. His last two runs have been decent and he should have a good each-way chance.

My final ride on the card is ADAAY IN ASIA in the closing six furlong sprint (5:05). He’s won his last two at Goodwood and Chepstow, so like me, he’s coming here going for the hat-trick.

He couldn’t be in better form and it would be brilliant to close the meeting with a win which will hopefully give the Irish team the trophy.

I’ll be cheering on my other teammates throughout the day. Jamie [Spencer], Danny [Tudhope] and Kieran [Shoemark] all look to have some nice rides.