Netball Positions Explained: A Guide To The 7 Roles On A Netball Court

What are the main roles of the seven netball positions? We explain the various responsibilities, as well as looking at netball rules... 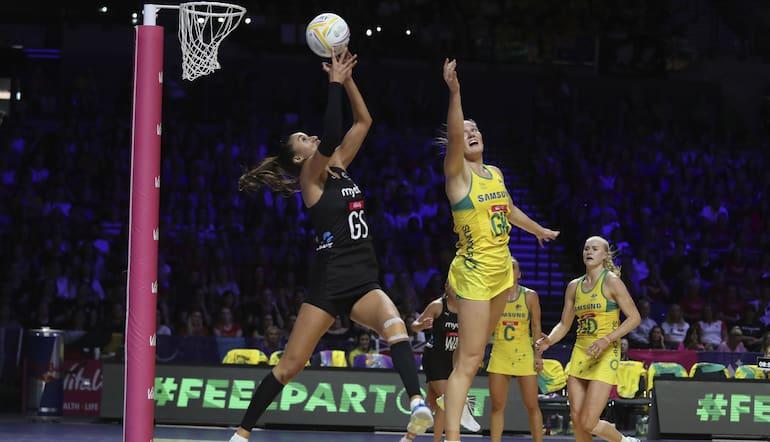 Played by over 20 million people in more than 80 countries around the world, netball is a popular sport in schools – particularly in Commonwealth nations.

Fans can watch netball live on Sky Sports in the UK, with the Vitality Netball Superleague attracting plenty of attention throughout the season.

Those into sports betting may know some of the netball positions but can you name every role on the netball court? If not, you’ve come to the right place…

Watching netball can be confusing but hopefully our beginner’s guide to netball roles can help. If nothing else, you’ll learn just what the letters on each player’s bib means!

Here, we look at the different positions in netball – from goal keeper to goal shooter. Plus, netball rookies can familiarise themselves with the extensive list of netball rules below:

The last line of defence on the netball court, the role of a goal keeper is to stop the opposing Goal Shoot and Goal Attack from scoring a goal.

One of the simpler netball positions, the goal keeper is only allowed on the defence third of the court.

Playing as the Goal Defence offers more freedom than the Goal Keeper but it is one of the more physically demanding netball positions.

The Goal Defence plays in the defensive and centre third of the court, with the primary role of stopping opposing players from scoring and starting attacks.

To be one of the best Goal Defence players, you must be good at intercepting and blocking passes.

Playing in the wide area, the Wing Defence role is across the defensive and centre third of the court but players playing in this netball position cannot enter the goal circle.

The main role of a Wing Defence is to defend the goal circle without entering, with the top responsibility of shadowing the opposing Wing Attack.

Discipline, focus and a real understanding of the game is required to be one of the greatest Wing Defence players in netball.

In a nutshell, the Centre is arguably the most important player on the court. This player is involved in defending, attacking and marking – you could say they are at the centre of everything! 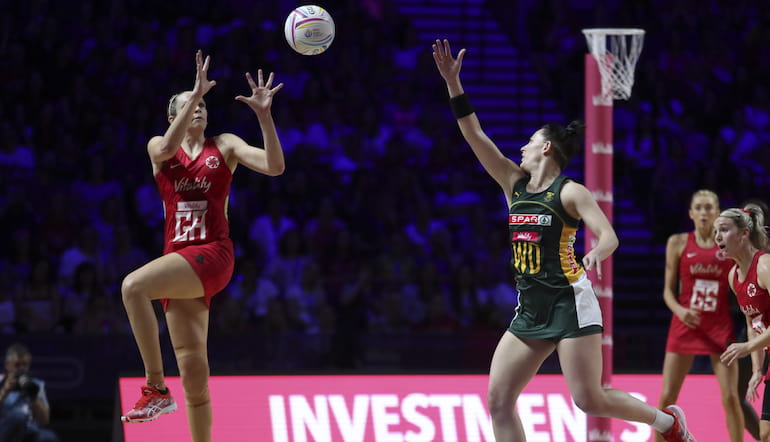 A Centre must be able to change play from defence to attack, create scoring opportunities for teammates and advance the ball up the court towards the net.

When a goal is scored, play returns to the middle section of the court and the Centre has to restart the game by making the first pass.

The Wing Attack plays in the central and attacking third of the netball court but – like the Wing Defence – cannot enter the attacking goal circle.

The main role of a Wing Attack is to create scoring opportunities for other members of the team, with emphasis purely on attack and moving the ball quickly and effectively.

A Wing Attack must be strong and agile, as a primary responsibility of this netball position requires passing and moving to link up with the Goal Shooter.

The Goal Attack can play in the central and attacking third of the court but the defensive area is out of bounds for players in this position.

The primary role for a Goal Attack is to create scoring opportunities for the Goal Shooter by passing the ball and working in close proximity to create space.

The best Goal Attack players in netball need excellent passing skills, the ability to think on feet and reliable shooting qualities to succeed at the position.

The Goal Shooter is confined to the attacking third of the court and – like with the Goal Keeper – their responsibilities are very simple indeed.

To be a top Goal Shooter, you need to be able to find space and score goals. Accuracy and quick reactions are two of the main traits needed for this netball position.

In addition to the various netball positions and roles, there are several rules that fans should be aware of. Here, you can learn about the netball rules of play:

The aim of netball is to score more points than the opposing team.

You accumulate points by shooting through one of the nets positioned at either end of the court. For each goal you score, your team earns one point.

According to netball rules, matches are split into four equal quarters of 15 minutes though amateur netball matches may be shorter.

As is the case in ice hockey and basketball, the teams switch ends after each quarter.

A player can hold possession of the ball for up to three seconds, with the ball switching to the opposing team for a free pass if this rule is violated. The technical term for this is a held ball.

In addition, players are also prohibited from throwing the ball from one goal third to the other without the ball being touched in the middle third. If a foul is committed, this results in a free pass for the other team. 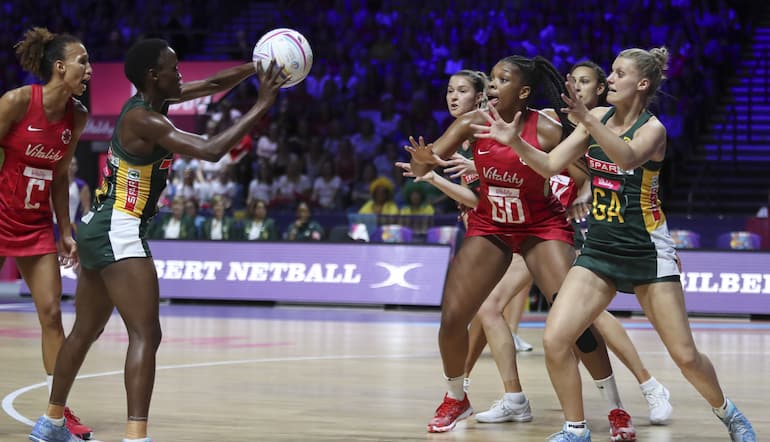 As well as the three second rule, players are not allowed to replant their landing foot if they raise it from the ground. This means they can take one step with a free leg and raise their landing foot but must pass the ball or shoot before that foot touches the ground again.

Furthermore, players can pivot with their free foot to create a better passing position. The other team receives a free pass if a player replants their landing foot though – and this is known as footwork.

There are only two netball positions that allow shooting – Goal Attack and Goal Shooter.

Shots can only be taken within the shooting circle, which is sometimes referred to as the D or semi-circle.

For a goal to be awarded, the ball must pass through the net. When a goal is scored, play then restarts with a centre pass.

The sport is generally a non-contact sport but there is one situation where contact is allowed – however an opponent cannot be impeded in any way.

When a player is in possession, an opponent must stand at least three feet away. If a player is impeded, obstruction is called and the offender must stand away from play while a penalty pass or shot is taken.

As is the case in basketball, a player can continue to pass or shoot while being obstructed if they believe they will gain an advantage.

When a player is in possession of the ball in an area of the court that they are not allowed in, the umpire calls for offside. A free pass is awarded to the opposing team as a result.

While a player may not be allowed to enter a specific area, they are allowed to lean on the ball in that part of the court.

This is deemed legal providing no part of the player’s body touches the ground in the area.

If the ball goes out of play, a throw in is awarded against the team that touched it prior to leaving the court.

The thrown in is taken from the spot where the ball went out of play. Follow live betting on netball with 888sport throughout the upcoming season.

Netball
About the Author
By
Alex McMahon