Rennes star likely to move to the Premier League 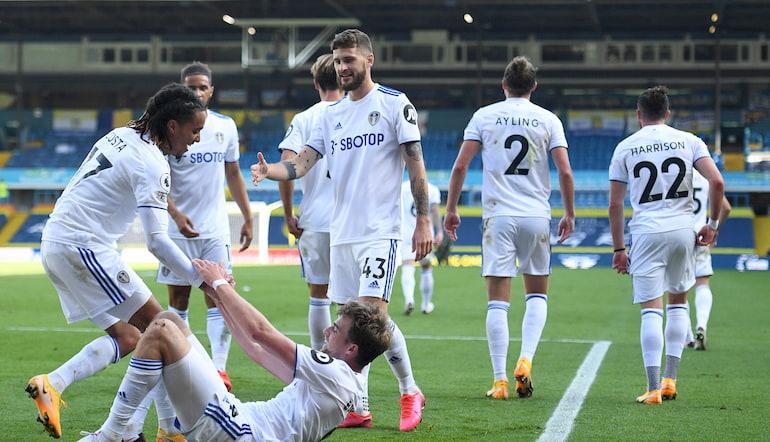 Leeds are making a last-minute swoop for Raphinha, and he’s flying in to the country on Monday to finalise a deal.

This is according to The Athletic’s Phil Hay, who alleges ‘all eyes’ are on a potential move for Raphinha and he expects Leeds to move to quickly to complete the deal on deadline day.

Hay claims the forward landed in England last night. Leeds have reportedly reached an agreement with Rennes, as SportItalia journalist Gianluigi Longari reported. The fee is thought to be just over £15 million with another £5 million in add ons.

For The Athletic, Hay reported a slightly higher up front fee of £17 million for Raphinha with add ons on top of that.

Tweeting from his personal account before 8am on Monday October 5th, Hay said, “Deadline day - all eyes on Raphinha deal. Should move quickly this morning. He landed in England late last night. Agreement in place with Rennes.”

He will be competing for minutes on the wing with Helder Costa, Jack Harrison and Ian Poveda – Marcelo Bielsa has an array of quality attacking options, and it will be interesting to see how long it takes Raphinha to establish himself as a first team regular.

A relatively new name in the Leeds rumour mill, Leicester’s Demarai Gray, looks set to be staying at the King Power Stadium after a deal proved too difficult to complete.

The Telegraph reported a few days ago of Leeds’ interest in Gray, who could have been open to a move having fallen out of favour at Leicester.

Gray was valued at £20 million, per The Daily Mail, making him an affordable target for the Whites, but The Telegraph claimed there were complications in a potential agreement.

Raphinha is the alternative on the wing, and his deal is set to go through on Monday. Leeds could, of course, go back for Gray in the January window if they are motivated to do so.

Some of the Elland Road faithful will be understandably disappointed to miss out on such an exciting talent, despite how his status has waned at Leicester.

Leeds have ended their interest in Gray. With just one season left on his contract, though, this might not be the last we hear about him moving this season. Perhaps he ends up elsewhere on deadline day.

As is often the case, Leeds are arguably getting better value by buying from outside the Premier League in Raphinha.

Leicester were clearly in no mood to negotiate, and they are not desperate to sell despite the contract situation, having sold Ben Chilwell for over £50 million earlier this offseason.