Next Man United Manager Odds | Who Will Be In Charge At Manchester United?

Erik ten Hag is the current favourite in 888sport next Man Utd manager betting odds but will he get the job? 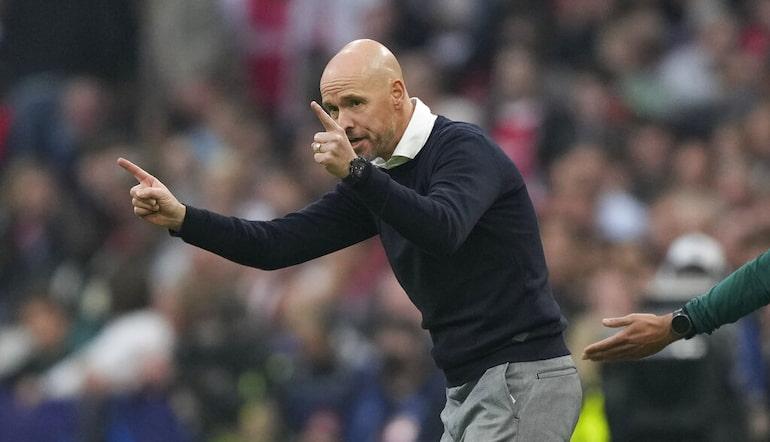 Love them or hate them, Manchester United are one of the biggest football clubs on the planet.

While trophies have been hard to come by in the post Sir Alex Ferguson years, Man Utd are still the world’s largest club from a commercial standpoint.

With so much financial power, the Manchester United manager position remains one of the most interesting jobs in the sport.

How is the Manchester United manager betting market looking ahead of next season? Will the Red Devils opt for a coach with Premier League experience or look elsewhere?

Football betting fans, scroll down for our take on the Old Trafford hotseat race as we look at the next Man United manager odds market…

Bet on the Next Man United Manager

First of all, it is important to note that football manager betting odds can change quickly and all the information below was accurate at the time of writing.

Ralf Rangnick was always going to be a short term appointment and the challenge now is to find a suitable long term candidate to take over at Old Trafford.

As of April 6th 2022, the state of the next Man Utd manager betting market is:

The current favourite in almost every Man United manager odds market – and it is easy to see why. However, some fans are still on the fence…

Ten Hag has done a fantastic job with Ajax and his impact and influence on the Dutch giants is clear for all to see but is he suited to the Premier League?

In terms of credentials, Ten Hag ticks every box and his attacking style of play will go down well at Old Trafford.

Perhaps most importantly of all, he has shown that he can build a team. No matter who you pick in the next Man Utd manager betting, the primary task for the new boss will be to rebuild.

Linked with Manchester United for several years, Pochettino was once regarded as the clear favourite to take over at Old Trafford.

However, it didn’t turn out that way as the Argentine joined Paris Saint-Germain though the general consensus is that the Ligue 1 giants may part ways with Pochettino this summer.

Those into Premier League Odds will be familiar with Pochettino’s style and he is arguably a safer option than Ten Hag despite the price discrepancy in next Man Utd manager odds.

Poch has a wealth of experience and an impressive resumé but is he the man to lead United back to the top or is he simply just a safe option?

Touted as a potential dark horse in Man Utd manager odds for some time, Zidane is a free agent and the Old Trafford job carries plenty of appeal.

While he is relatively inexperienced compared to some of his peers, Zidane has the winning mentality needed to succeed at Manchester United.

Would he instantly win the respect of the dressing room? There are some big personalities in that dressing room and Zidane’s man management would need to be top drawer.

Tactically, he can be found wanting and his second stint at Real Madrid was inconsistent at best. There’s a reason why he is a 33/1 shot in the next Man United betting markets…

The Leicester manager could be an option for Man United manager betting punters but his past association to Liverpool is a major stumbling block.

Rodgers would be a marmite appointment on the terraces – with some supporters able to look past his role at Anfield and others dead set against his appointment.

To be fair, he’s done a fantastic job at Leicester City but has he found his level? He may have one more chance at a ‘big club’ but Old Trafford probably won’t be it.

Like Zidane, Rodgers looks to have next to no chance and we’d advise steering clear of him in the next Man Utd manager odds.

One for the romantics. Rooney has spoken about his desire to take charge of Manchester United in the future but he is some way off that level at this stage of his career.

We’ve seen what can happen when a Premier League club takes a risk on a former player too soon – Frank Lampard being case and point.

Rooney was a key figure for United during their Premier League predictions glory days but is he the right man to take charge? Not at this stage.

Next Man Utd manager odds have him at 40/1 and it’s hard to see a scenario where the club look in Rooney’s direction. Even at 400/1, he isn’t really a betting proposition.