Find the best NFL picks straight up and NFL expert picks ahead of every week in the National Football League! 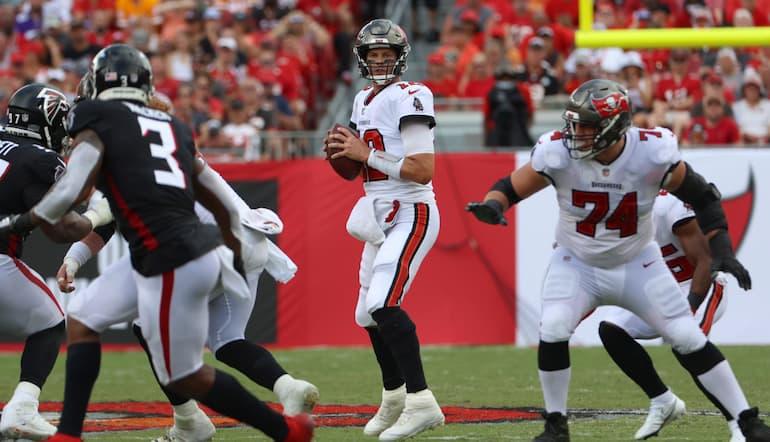 888sport chat to NFL ambassador Osi Umenyiora about the biggest NFL games and incidents, with the two-time Super Bowl winner giving his expert insight on all things football.

One of only five British-born players to lift the Vince Lombardi Trophy, Umenyiora is in an elite category of football players from this side of the Atlantic Ocean.

Scroll down to get our expert NFL betting picks for this weekend. You can find Osi's NFL predictions & thoughts here ahead of every week of the campaign...

Resident NFL tipster Alex McMahon is here with his best bets ahead of Week 17 in the National Football League.

Who will clinch a playoff berth and who will miss out on the postseason? Find out his thoughts below...

Write the Chiefs off at your peril. Kansas City have won eight in a row and it looks like Andy Reid’s side are going to clinch the top seed in the AFC.

Joe Burrow was playing with a chip on his shoulder last week and the Bengals quarterback silenced his critics with 525 passing yards and four touchdowns.

Cincinnati lead the AFC North heading into Week 17 and the Paul Brown Stadium crowd will be hoping for another big performance this weekend.

While I’m expecting the Bengals to keep this one close, the Chiefs can flex their muscles and make it nine wins on the spin.

After a brief mid-season blip, the Rams have won four on the spin and are starting to look like genuine Super Bowl contenders once again.

Sean McVay is an elite head coach and his aggressive style is well suited to the organisation, especially with the Rams defence living up to the hype.

A lot rests on the fitness of Lamar Jackson here. If the Ravens quarterback is good to go this weekend, Baltimore cannot be dismissed lightly.

However, there is uncertainty over his mobility and that Rams defensive front will be baying for blood. Watch this space, Los Angeles can clinch a huge road win.

The Cardinals have slumped to three defeats in a row and things aren’t going to get any easier when the Birds travel to Texas on Sunday night.

Kliff Kingsbury’s side have been plagued by injury problems in the second half of the year but Arizona are still in the playoff hunt.

Meanwhile, Dallas are chasing the number one seed in the NFC and the Cowboys know that they must win here to maintain their recent momentum.

Dallas put 50 points on the Washington Football Team in their last encounter and it would take a brave man to back against the Cowboys on current form.

The Kansas City Chiefs may prove a tough nut to crack in the AFC but the NFC looks wide open and it might be worth taking a chance on the LOS ANGELES RAMS.

Sean McVay’s side are an appealing price at 25/1 to lift the Vince Lombardi trophy this season but things might be about to fall into place for the NFC West giants.

Trading for Matthew Stafford was always going to be a bit of a risk but it is a high reward play if it pays off – and he could be the ideal fit in McVay’s scheme.

While the usual suspects are likely to feature prominently in the playoff shakeup, the Rams may be the team to watch as they look to secure a Super Bowl return.

NFL Team To Make The Playoffs

While some teams look certain to feature in the postseason once again, the ARIZONA CARDINALS (17/10) are tempting at a much bigger price.

Kliff Kingsbury really found his feet as an NFL head coach in 2020 and, along with young quarterback Kyler Murray, Arizona look set to improve again this year.

A favourable schedule lies ahead and a receiving corps of DeAndre Hopkins, Christian Kirk and A.J. Green should make the Cardinals one of the most exciting teams in the league.

Arizona are in a tough division but the Cardinals finished 8-8 last season and a couple more wins should be enough to clinch a playoff berth.

While the obvious contender is Dallas Cowboys quarterback Dak Prescott, it may prove prudent to look at the AFC South for this award.

Wentz was widely regarded as one of the top quarterbacks in the league just two years ago and, while 2020 was undoubtedly a disappointing campaign, he retains huge upside.

He looks to have adjusted quickly to life at Lucas Oil Stadium and could be overpriced at 10/1 if he recovers from surgery on a foot injury sustained earlier this summer.

Our team of sports betting experts are here to look at the biggest NFL picks and parlays throughout the 2021 season.

There is a plethora of NFL betting tips options out there but 888sport is the place to be for cutting edge American football news and NFL odds updates.

Whether you are looking at Super Bowl betting tips, NFL Draft bets or searching for the best NFL picks against the spread, our NFL experts can help you out.

The Tampa Bay Buccaneers justified favouritism in the Super Bowl odds last season and NFL expert picks will revolve around Tom Brady and co this year.

The NFC South champions will be a popular NFL betting UK pick to retain the Vince Lombardi Trophy at the end of the 2021 NFL season.

NFL predictions will be available weekly throughout the regular season – punters can access the best NFL expert picks today via the 888sport blog.

From Fox NFL picks to NFL picks straight up, our team of sports betting tipsters can provide free NFL expert picks on the biggest matches.

So if you want NFL Week 5 picks, Week 8 NFL picks or even Super Bowl picks, our specialist expert NFL picks betting section is an absolute MUST visit.

Meanwhile, our 888 betting tips experts can offer insight into other sports as well. We have Premier League expert correct score prediction tips, Champions League bet of the day tips, European football prediction and even NAP of the Day horse racing tips in our designated tipping section.

The former New York Giants defensive end can be seen on the BBC’s ‘The NFL Show’ alongside Jason Bell and Dan Walker every Friday and also co-fronts 'NFL This Week' alongside Bell on a Tuesday night.

So, what are you waiting for? Join Osi each week for his #OsiPredicts NFL picks straight up!