Pat McCormack is one of Team GB's main medal hopes in the boxing ring. Will McCormack be celebrating gold at Tokyo 2021? 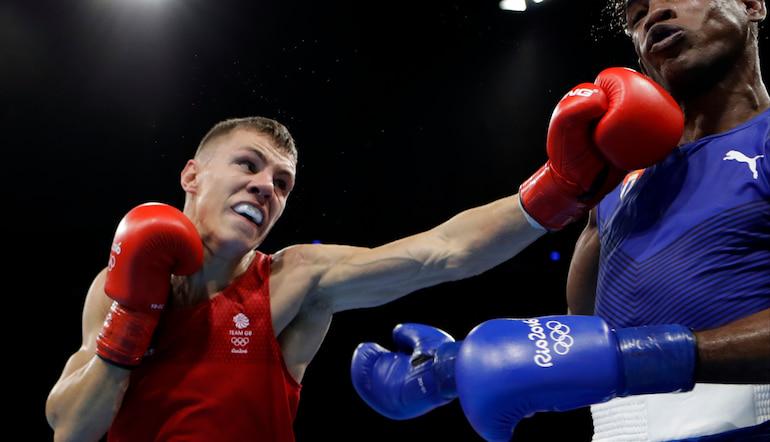 Boxing fans will be familiar with the name Pat McCormack and the Sunderland fighter could take some beating as he hunts welterweight gold in Tokyo this summer.

With a Commonwealth gold medal on his resume already, McCormack knows what it takes to win on the big stage and he is one of Team GB’s leading medal hopes in the ring.

Ranked at the top of the men’s welterweight rankings ahead of Tokyo 2021, McCormack will be popular in sports betting tips ahead of the Games.

Without further ado, it is time to take a closer look at Pat McCormack and his boxing journey. Is the 26-year-old set for Olympic gold this summer? Only time will tell…

McCormack heads into the 2020 Olympic Games in Tokyo with the weight of expectation on his shoulders – the Sunderland fighter is touted to win Olympic gold this summer.

While he had to settle for silver at the 2019 World Championships, McCormack believes that he can bounce back and justify his number one ranking in Tokyo.

Speaking in September 2020, McCormack said: “I have had a good few years and it’s great that the rankings reflect this.

“I was gutted to lose the world final, particularly given the way it happened with the clash of heads, but I am focused on Tokyo now.

“To know that I am ranked number one in the world is a big confidence boost that will help to push me on.”

McCormack will be hoping that his brief Olympics experience from five years ago gives him the edge in his bid for Olympic gold this summer.

Born in Sunderland on 8th June 1995, McCormack recently celebrated his 26th birthday and the British boxer will be hoping to clinch an Olympic gold medal later this summer.

McCormack stands at 5 feet, 8 inches and you don’t need to be a boxing betting expert to realise that the Sunderland fighter is relatively short for a boxer.

However, McCormack is just two inches shy of the average welterweight height and that shouldn’t have a negative impact on his chances of medalling at Tokyo 2021.

One of the best in the world at close combat, McCormack will use his tactical nous and power to get up close and personal – and that style will certainly favour him.

Plenty of fighters will have a height advantage over McCormack but it isn’t the be all and end all and the Team GB boxing star has the quality to put taller fighters on the canvas.

Pat McCormack lost to number two seed Yasniel Toledo on a split decision in the round of 16 bout – much to the dismay of Team GB boxing supporters.

While one judge awarded all three rounds to McCormack, the other two scored the fight 29-28 in favour of the Cuban fighter.

However, McCormack will have learned a lot from his Olympics experience in Rio and fight fans will recall his victory over Ablaikhan Zhussupov.

McCormack gave it his all against Toledo but the London 2012 bronze medallist edged it after a gruelling affair described as “physical chess” by former world champion Richie Woodhall.

And Woodhall was full of praise for McCormack in the aftermath of that defeat, tipping the Sunderland fighter to win gold at Tokyo 2021.

“He’s got to stick around for Tokyo,” said the BBC boxing commentator. “I think he’s good enough to win gold there.

“His coaches gave him a big hug, they were really proud of him – I certainly am, he boxed well.”

The 1988 Olympic bronze medallist added: “Pat had the hardest draw of any of the British boxers, but he acquitted himself well.”

As is the case with most athletes, Pat McCormack is on Instagram and the British boxer has acquired over 28,000 followers on the social media platform.

Sharing images from his boxing career, including a photograph of him winning gold at the European Olympics qualifier, McCormack is an active Instagram user.

Whether he will use the platform while competing this summer or not, Pat McCormack is well worth an Instagram follow – especially with a decent chance of an Olympic medal.

His popularity on the platform will soar if he leaves Tokyo 2021 with the gold medal. Follow Pat McCormack Instagram updates here (@patmccormack14) to follow his boxing journey.

Boxing Tips
Olympic Games
About the Author
By
Alex McMahon