Does Parity Matter In The Premier League Anymore?

Football fans have contrasting views on the state of the Premier League - but does parity matter in the modern game? 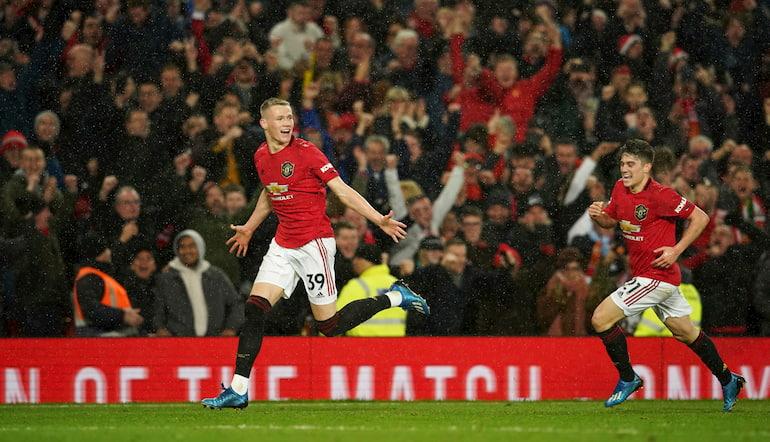 The Premier League was once the ‘best’. Then it was ‘most competitive’. There’s a balance to be had between the two: complete randomness isn’t interesting, nor is immense elite talent that never loses a match.

Liverpool and Manchester City battled out an epic title race in 2018/19. It was the two best teams in Europe going toe-to-toe, their encounters were tense.

The rest of the season, though, despite the pressure of pursuing a trophy, bordered on procession. They never seemed likely to lose a match.

City have fallen off the pace in 2019/20 – Liverpool have barely broken sweat on their way to a first top-flight title since 1990. There’s not been parity between the top two, let alone the rest of the division.

The quality argument took a hit of sorts on Wednesday night too, as Liverpool were dumped out of the Champions League by Atletico Madrid - despite an excellent performance in the second leg.

A Premier League Netflix-style service will have millions of fans across the globe excited still.

The question of quality and parity, and where the Premier League is right now, doesn’t seem to be hurting the league as a business, but it’s a topic worth looking at and Champions League results might be a useful indicator.

Liverpool are European champions after an All-English final in 2019, but that doesn’t represent the performance of English clubs on the biggest stage.

There were 15 Premier League clubs in Champions League semi-finals from 2000/01 to 2008/09 with a marked peak towards the end of the decade. English football was dominant, though there were only two winners in the noughties.

Performance in knockout football is a far from perfect barometer of a league’s quality, but it might be the best indicator we have.

Fortunate plays a major role – both in matches and the draws. Quality tends to shine through over a longer period, though, and that’s what has happened.

The days of three Premier League clubs in the last four are a distant memory, a time when Steven Gerrard, Paul Scholes and Frank Lampard were actually playing rather than just a topic of fury-provoking debate.

Perhaps that’s the basis of any criticism of the Premier League’s quality. The league isn’t just worse at the very top, it’s shallower too.

There’s usually a legitimate Champions League contender from the Premier League, but it’s rare there’s more than one without a gluttonous dollop of fortune and freak knockout football.

The teams in the Champions League are going to have stronger squads than the newly promoted sides. That’s a given and necessary part of competitive sport. Some teams will be better than others.

The transfer of players from the non-elite in the Premier League to the best clubs is inevitable, but it has become a symbol of talent inequality the league has now more than ever.

Xherdan Shaqiri and Riyad Mahrez are two such examples.

Shaqiri was one of the most gifted players outside the top six when he was at Stoke, and he single-handedly kept them fighting against relegation in their most recent top flight campaign.

A release clause made it easy for Liverpool to sign him. Even a player of his quality, a player who would be a star for most of the league, can only get occasional bench minutes at a top club. He’s a backup.

Mahrez has flourished at Manchester City this season with Leroy Sane sidelined. His signing, though, was not filling a desperate need or building for the future.

City threw a large pot of money at Leicester City for his services, stopping him moving to a rival and adding yet more superb depth to their squad. It’s a smart signing for City, but one that should concern the Premier League.

Harry Maguire and Aaron Wan-Bissaka could be used as counter points to this. Their circumstances show Manchester United’s demise more than anything else, however.

Richarlison or Wilfried Zaha are similar to Mahrez and Shaqiri: key, standout players for their current teams, but they would rarely start for City or Liverpool.

How many minutes would Abdoulaye Doucoure get at City, Liverpool or even Chelsea?

If this matters will depend on who you ask. Seeing players leave a club to become a squad player will not sit right with a lot of football fans, and the hoarding of established talent doesn’t help the league.

It’s the nature of football, and a situation that is not going to change with the current financial system.

English Premier League betting reminds us of how favoured the top teams often are. There’s seldom value backing Liverpool or City to win.

The competitiveness of the Premier League will fluctuate. Dominant teams come and go, and the top six disappoint and impress from year-to-year, creating either a lower standard at the top or making it seem more competitive.

Chelsea, Spurs, Arsenal and Manchester United have all made it appear a more competitive league outside the top two this year, but that could prove to be misleading next season.

Like Ligue 1, Bundesliga and La Liga, the Premier League is top heavy. The top two are barely visible on the horizon. The consequence has been a wide-open race for European spots, which wasn’t as common in the noughties.

The quality of the teams between third and sixth has dropped over the last few years, particularly in 2019/20, and it’s helped form a new sense of parity.

The Premier League landscape is very different from 10 years ago. But if you wonder whether it’s better or worse: It depends on what you value in a sports league.