Which Premier League Managers Are Under Most Pressure This Season?

Who will be the first Premier League manager to lose his job in 2020/21? 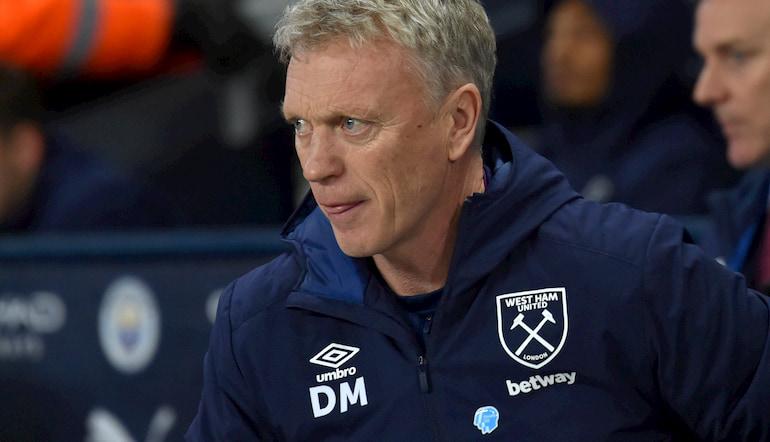 A new Premier League season should be about hope. For many, though, it is a time to exercise trepidation, a time when careers can be ruined.

Each season, several Premier League managers arrive at the new campaign not thinking of topping the outright winner odds, but already under the microscope, already a poor run away from the sack.

The managers discussed in this article are not all a month away from their P45. Some have a longer leash, some are dealing with changing expectations.

It could be argued that every Premier League manager is ‘under pressure’, but Jurgen Klopp has nothing to prove, and Chris Wilder will stick around at Bramall Lane as long as he wishes.

Starting with the turbulent Hammers, here are a few managers who face an important few weeks/months…

When isn’t the West Ham manager under pressure? The club that held such lofty ambitions a few years ago has been in disarray once again with a talented youngster in Grady Diangana sold, leading to Mark Noble publicly criticising the hierarchy.

Things are messy, and David Moyes’ ‘safe pair of hands’ nature will be tested this season.

Ahead of opening day, West Ham are in mid-table mediocrity if Premier League betting is accurate. Their squad has plenty of talent to push for a top half finish, but after narrowly avoiding the drop last season, there will be some who fancy them to go down.

The unpredictable nature of West Ham has Moyes’ job under threat. A slow start, which is very much feasible with a difficult run of fixtures, will see questions asked about his future.

Key man Declan Rice could yet leave the club before the window shuts and they have made no notable additions to the squad.

The attacking talent is there for West Ham to be an exciting team. If they can get the balance of the side right, and be given freedom, this could be a fun team to watch, a team who could spring a few upsets.

Their football is too often turgid, and underachievement has become the status quo at the London Stadium.

Online betting has Moyes as one of the favourites to lose his job. It might not be the right decision, but the schedule has not been kind. After playing Newcastle on September 12th, they will be major underdogs in their next six.

No one can really predict what comes next at West Ham. It isn’t an easy job right now, and few will be jealous of Moyes’ situation.

Chelsea were a prominent top four betting team last season. Frank Lampard needs more than that in 2020/21 after an expensive offseason, which saw the west London club overhaul their first team squad.

Lampard still has plenty of credit. The media will be on his side for a while yet, and it will take something bordering on disaster for the Chelsea fans to turn on him. He should get the full season if he avoids a Mourinho-like collapse.

Eden Hazard’s departure and the transfer ban gave Chelsea the chance to play the underdog. Lampard gave young players opportunities and got satisfactory results along the way.

Those youngsters have a season of Premier League experience, Lampard had a campaign to learn from his mistakes, and a string of big-name players have arrived in west London.

Dropped points will be analysed differently this season. Spend like Chelsea have, and there’s an expectation of a title challenge.

Lampard doesn’t need to win the league, but he could do with closing the gap to Liverpool and Manchester City. There must be signs of progress as a team and in his management.

Having been fast-tracked into the dream job that so many managers have to wait years for, Lampard has quickly reached what could be a definitive point of his managerial career.

Chelsea will be more patient with him than they would be with others, but they surely aren’t going to tolerate subpar performances.

There are no excuses this season. The expectations have changed; Lampard has been heavily backed in the transfer market. Where last season was relaxed by Chelsea’s standards, 2020/21 is back to normal.

Lampard will be well aware of what Roman Abramovich wants – will he deliver it?

A bit like West Ham, it’s safe to expect strange things to happen at Newcastle.

The offseason didn’t turn out as many fans hoped it would, but they made some decent signings in Callum Wilson and Ryan Fraser to bolster Steve Bruce’s attacking options.

Bruce did a more than solid job last term, keeping the Magpies up with plenty of time to spare. It was seldom pretty, aside from Allan Saint-Maximin’s dribbling, but it was effective, and treading water is okay for Newcastle at the moment.

Avoiding the drop would be a good season for Newcastle. It’s an uninspiring spot to be in. The fans would love something more, of course, and a run in a cup competition would be nice.

When the football is defensive, when goals are a rarity, there is less patience from fans.

Newcastle’s supporters tend to be realistic about what they can hope to achieve in a given season, but Bruce’s leash is shorter with the style of football he plays.

If they’re in the bottom three come Christmas (they play Manchester City, Liverpool and Leicester between Boxing Day and January 2nd), Bruce will likely be out of a job or close to it.

Newcastle will not often be a football betting favourite in 2020/21.

Expectations are low, which should work in Bruce’s favour, but they rode their luck last season, they scraped points from matches they were outplayed in, and they overperformed their expected numbers.

Bruce, like Moyes, is in a challenging situation. The best he can reasonably do is what he did last season – there’s little upside for him.

A string of dodgy results and a change will be made in the dugout, and not necessarily because he’s at fault, but just because that’s how football is.