Our five best Premier League bets PLUS information on our opening weekend Up For 8 picks!

Ladies and gentlemen, the wait is over – the Premier League returns this weekend. Football fans across the country will be tuning in to see how their team gets on and 888sport punters will be keeping a close eye on our NEW promotion 'Up For 8' ahead of the 2019/20 season!

Without further ado, let’s take a look at some of this weekend’s biggest fixtures – hopefully the 888sport blog can get off to a flyer with their opening Premier League accumulator of the campaign…

Liverpool will be chomping at the bit to get started and the Reds could run riot in front of an expectant home crowd. The 2018/19 Premier League runners up are well priced at 8/13 to score three or more goals in Friday’s curtain raiser.

In some ways, Norwich will be happy enough to get this trip to Anfield out of the way. With a bit of luck, the Canaries could catch Jurgen Klopp’s side cold on Friday night and a positive result could set the tone for the rest of Norwich’s season.

Liverpool are a class above on paper and things could get ugly for Norwich if the Reds make an early breakthrough. 8/15 for Liverpool to score in both halves is a reasonable price.

With Marco Arnautovic out of the London Stadium exit door, West Ham could be set for a tough start to the campaign. The Hammers are in a transition period with a couple of new signings and it may time some time for Manuel Pellegrini’s men to gel.

The defending champions will quietly confident of getting off to the perfect start – and who could blame them? Pep Guardiola’s side put four goals past West Ham during preseason and a similar rout could be on the cards.

City are favourites to win the Premier League title for the third year in a row and the visitors can get off to the perfect start here. An away win to nil is well priced at EVS.

Ninth in the Premier League table last season, Leicester fans will be hoping that the Foxes can climb the ladder in 2019/20. With Brendan Rodgers at the helm, anything is possible and there is renewed optimism at the King Power Stadium after a difficult year.

Wolves are primed to finish as ‘best of the rest’ outside of the top six this season and Nuno’s men will be quietly confident of an opening weekend scalp. The Molineux faithful should be expecting big things after a positive first campaign back in the Premier League.

Both teams to score looks like the way to go in this fixture. The selection has landed in each of the last two matches – 17/20 could turn be the bet of the weekend.

It has been another miserable summer for Newcastle. Rafa Benitez’s decision to leave the club was not unexpected but it was still heart-breaking for Magpies fans. The Spaniard’s departure could turn out to be a decisive moment in 2019/20 come the end of May. 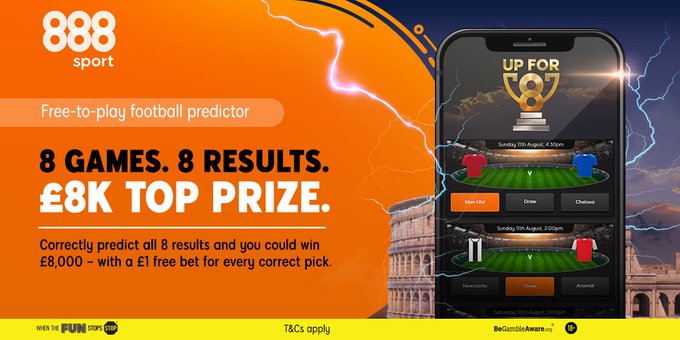 Arsenal were woeful away from home last season and Unai Emery has a tough task on his hands in 2019/20. The Gunners are looking to climb back into the top four and an opening weekend victory will certainly boost confidence and morale amongst supporters.

This is a tough one to call. Traditionally, Newcastle have been solid at St James’ Park but it is hard to place too much faith in the Magpies. A low-scoring game at 27/25 carries most appeal.

Manchester United have taken a big risk with their lack of transfer activity this summer and it could come back to bite Ole Gunnar Solskjaer on the backside. The Red Devils have made a couple of key new signings but Romelu Lukaku’s departure leaves them short in attack.

It’s sink or swim time for Frank Lampard. Visiting Old Trafford for your first Premier League match in charge is about as tough as it gets but Chelsea will be quietly confident of picking up a positive result. Write the Blues off at your peril…

Opening the campaign with such a high-profile encounter isn’t exactly ideal for either team and this could be a slow burner. 15/8 for a goalless first half isn’t the worst bet in the world.

*Odds subject to change - correct at time of writing*