Premier League Team Of The Decade: Who Makes Our XI?

Our Premier League Team of the Decade - which players have we missed out? 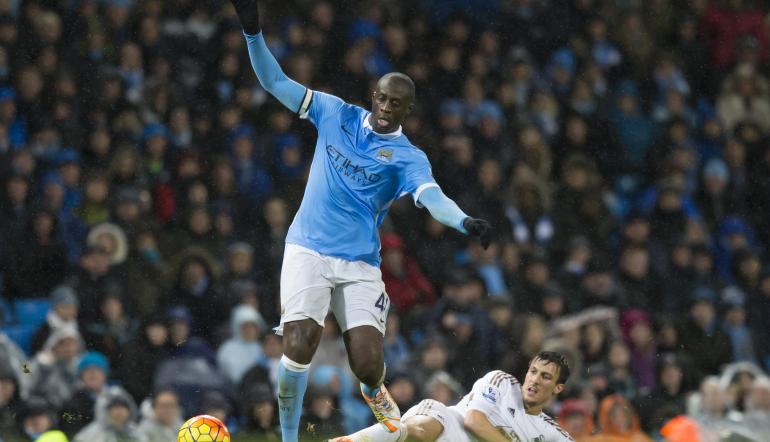 Earlier this year, 888Sport named their best ever Premier League XI. As the 2010s draw to a close, we’ve undertaken a similar task. This time the 2010s are the focus, and there are plenty of difficult decisions to make.

The aim here is to have a team that, on paper at least, would function properly. The shape we’ve opted for is a 4-3-1-2 with a couple of Belgians in the midfield quartet.

Plenty of big names missed out, but hopefully the explanations make the decision making clearer…

This was pretty much a shootout between David de Gea and former Chelsea and Arsenal goalkeeper Petr Cech. De Gea won the BBC’s vote between the sticks and he gets the better of Cech here, too.

De Gea has declined slightly over the last couple of seasons, but he was the undisputed ‘keeper in the world for a period. Cech’s best years came before the start of this decade, and that carries weight.

Few players have been as consistent as Cesar Azpilicueta. Trent Alexander-Arnold, Kyle Walker and Pablo Zabaleta all had support for this spot, but Azpilicueta’s longevity and adaptability see him claim the first outfield position.

Alexander-Arnold hasn’t played enough minutes to be given serious consideration, Zabaleta’s peak was too short. Walker was the one who made this decision toughest.

Azpilicueta has been a better defender throughout the decade, and that just about outweighs Walker’s superiority going forward.

Possibly the easiest selection of the lot. If it wasn’t for injuries, Vincent Kompany may well be considered the best Premier League player of the decade.

Instead, the Belgian has to settle for four Premier League titles and a couple of FA Cups. Kompany was among the best centre-backs in the world in his pomp. Even in his post-peak seasons, Manchester City were a better team with him on the pitch.

His impact on Manchester City, and on the Premier League, cannot be overstated.

Virgil van Dijk has been the best central defender of the last decade, his peak was higher than anyone else’s.

In selecting a team of the decade, though, longevity and Premier League success matters. Liverpool, and van Dijk, have not won a Premier League despite an historic 2018/19 campaign.

John Terry has three titles to his name in the 2010s (albeit he didn’t play much in the 2016/17 season). It was a close-run thing, but Terry’s longevity just pipped van Dijk for the spot alongside Kompany.

Andy Robertson is only halfway through his fourth Premier League season. He has been a revelation at Liverpool, and quickly become one of the best full-backs on the planet.

His selection here may seem generous, but the position hasn’t exactly been loaded through the 2010s.

Jan Vertonghen could have been shoehorned into this spot, and that was a tempting option. Other than that, Patrice Evra, Marcos Alonso and Gael Clichy didn’t provide much competition for Robertson.

How could anyone leave N’Golo Kante out? Kante was as important as anyone in Leicester’s improbable title charge. He then switched blue jerseys and won PFA Player of the Year as Chelsea lifted the Premier League trophy.

The most likeable player in football has since won the World Cup and continued to dominate Premier League midfields.

BBC’s poll saw Kante get outvoted by Steven Gerrard. There’s no room for Gerrard in this side, and quite frankly, it wasn’t that close between the Liverpool legend and Kante.

At his best, Yaya Toure grabbed games by the scruff of the neck, turning them in City’s favour at his will.

His 2013/14 campaign should be regarded as one of the best individual seasons in Premier League history – opponents had no answer to Toure’s runs on and off the ball.

Few midfielders have scored 20 in a Premier League campaign. With Kante covering all the ground defensively, Toure will be able to spread the play in this side and join the front four when required.

He does the basics to perfection, and he makes the extraordinary look thoroughly simple. De Bruyne is the best passer in Premier League history.

There’s a risk of recency bias with De Bruyne’s selection. Juan Mata at Chelsea, David Silva and Christian Eriksen all have a claim for this spot, but none have quite reached the dizzy heights of De Bruyne.

Mohamed Salah, Gareth Bale and Alexis Sanchez were all more prolific. Luis Suarez had a spectacular individual season in 2013/14.

Hazard’s close control and low centre of gravity made it near-impossible to dispossess him. When engaged and fully fit, he elevated Chelsea to title contention (he won PFA Player of the Year in 2014/15 and finished second in 2016/17).

Sergio Aguero is one of those players that won’t receive the adulation he deserves until he leaves the Premier League. He has the best goals per game ratio in Premier League history, having scored 173 times in 252 appearances.

Not just an excellent finisher and reliable goal scorer, Aguero also provided the Premier League's most memorable moment when he received the ball from Mario Balotelli and fired past Paddy Kenny in May 2012.

Just the second player in the XI not to have won a Premier League title, Harry Kane was an easy pick alongside Aguero.

Kane’s 134 Premier League goals in 198 appearances is third in goals per game ratio, marginally behind Aguero and Thierry Henry.

The Spurs striker has battled injuries over the last couple of seasons, but he’s remained prolific. Alan Shearer’s record could be under threat of Kane keeps this pace up.