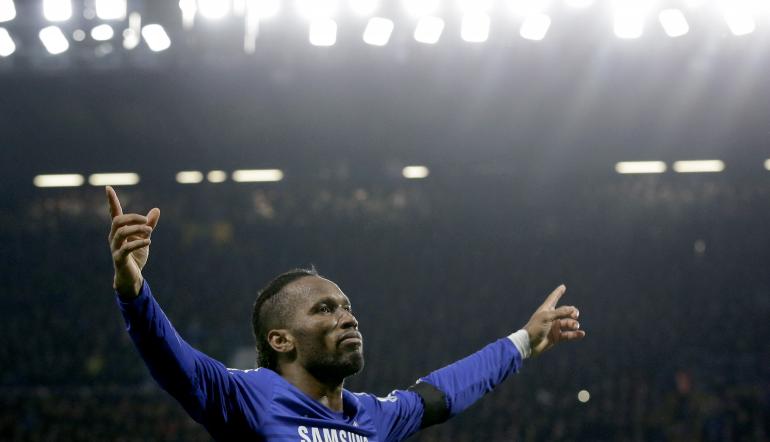 The 2018/19 Premier League campaign was huge for African football. Mohamed Salah, Sadio Mane and Pierre-Emerick Aubameyang, three of the continent’s biggest names, were involved in a three-way tie for the Premier League Golden Boot award.

One of those players makes our list of the greatest African footballers in Premier League history but who is it? Without further ado, let’s take a look at some of the best…

Arguably one of the biggest bargains in English football, Toure joined Arsenal for £150,000 in February 2002. Toure played over 200 Premier League games for the club and missed just one game during that incredible ‘Invincibles’ campaign in 2003/04.

After plying his trade at Arsenal, Toure was reunited with brother Yaya at Manchester City before joining Liverpool.

The fact that he played for three of England’s biggest football clubs says a lot about his hunger and desire to succeed at the highest level.

Liverpool’s slip up in 2013/14 denied him the chance to become the first player in Premier League history to win the title with three different clubs.

However, most fans see Toure as a pioneer of African football in England and he is fully deserving of his spot on this list.

Yakubu could’ve gone under the radar but it would be foolish to ignore his contributions to the Premier League. ‘The Yak’, a fan favourite in the wider community, played in England for the best part of a decade and made a lasting impact at Portsmouth, Middlesbrough and Everton.

His goals were crucial in securing Portsmouth’s promotion to the Premier League. Harry Redknapp made the decision to sign Yakubu during the season and he repaid the faith with seven goals in 14 games. Pompey were about to enter the big time…

Yakubu notched 95 goals in 252 Premier League appearances during his career – making him one of the most prolific African footballers to play in England.

That tally is made all the more impressive given that he played for Portsmouth, Middlesbrough, Everton and Blackburn.

Remember when everyone said Salah would never cut it in the Premier League? Well, they were a little bit wrong. The Egypt star has won the Golden Boot, either on his own or level with peers, in each of the last two seasons and he could be set for number three in 2019/20.

His 32 goals in 2017/18 broke the record for a 38-game season and Salah has been central to Liverpool’s on-field success. The Reds have reached back-to-back Champions League finals whilst notching a record Premier League points tally for the club.

With 57 goals in 77 top flight matches, Salah is well on his way to greatness and he could climb the African player rankings in the coming years. For now, he has some way to go to stand alongside the Didier Drogba’s of this world – longevity is key.

To this day, Essien is one of only seven footballers to be signed by Jose Mourinho at two different clubs – that in itself speaks volumes about his qualities.

Essien wasn’t flashy, he just got on with the job at hand and that helped endear himself to the supporters.

You rarely find a modern midfielder that ticks all the right boxes but Essien did just that – it is hard to pinpoint a weakness in his skillset.

Injuries started to affect him in his later years but he was THE Premier League’s dominant midfielder at his brilliant best.

THAT goal against Arsenal will live long in the memory for Chelsea fans. Essien was a key figure in their success during the mid-late 2000s and the Stamford Bridge faithful will never forget his efforts.

Without a doubt, Okocha is the most skilful African player to grace the Premier League – he was an absolute joy to watch back in the day.

Capable of inspiring Bolton Wanderers in the biggest fixtures, Okocha raised everyone around him to perform at a higher level.

‘So good they named him twice’ is a phrase usually associated with Okocha, and you’d have to say that is spot on. Having joined Bolton on a free from Paris Saint-Germain, Okocha lit up the Premier League from day dot, putting the fear of God in opposing defenders.

He spent four glorious years at the Reebok Stadium before moving on but Okocha’s impact at Bolton was clear for all to see, even in such a short period.

Bolton finished a highest-ever sixth during the Okocha years and the Trotters could do with a player of his calibre now.

For me, the top two are some way clear of the rest and Yaya is still edged out in the race for top spot.

A Manchester City legend, Toure was almost unplayable at his brilliant best, with his powerful runs from midfield sparking City attacks on a regular basis.

Toure helped the Blues to three Premier League titles, two League Cups and one FA Cup during his time at the club and he will go down as one of City’s most influential players in modern times.

A huge hit with fans, it was sad to see Toure leave the club in 2018. With 62 goals and 32 assists in 230 Premier League games, Toure was relatively prolific for a midfielder.

He had the skill to curl in an inch-perfect free-kick, the vision to pick out a 45-yard pass and the intelligence to break up an attack, Toure was the complete package.

It took a little while for Drogba to adapt to the Premier League but boy did sparks fly when he got to grips with England’s top flight. Drogba finished his career with 104 goals and 54 assists in 254 Premier League appearances – a very impressive return indeed.

Voted Chelsea’s greatest ever player in a club magazine poll in 2012, Drogba will forever be remembered for his winning penalty in the Champions League final that year.

Having been sent off in the European showpiece four years earlier, it was redemption for the Ivory Coast forward.

To most, he is the greatest African footballer in Premier League history and his achievements will take some beating.