Should The Premier League Replicate The NBA All-Star Game Format?

Would a Premier League All-Star game be a roaring success or should we leave that to the NBA? 888sport discuss the possibility of England's elite league taking a leaf out of basketball's book 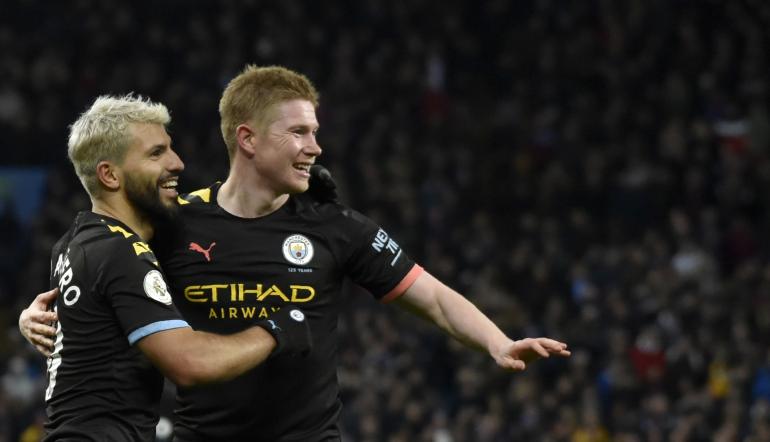 Changes are frequently suggested for English football. They are usually met with derision.

A 39th Premier League fixture and tweaks to the FA Cup crop up every so often, and some have championed an All-Star game like the NBA. Of course, an All-Star game has faced the same criticism as other mooted alterations.

All-Star weekends (or equivalents like the NFL’s Pro Bowl) aren’t universally popular. Both the Pro Bowl and NBA All-Star weekend have their critics. That shouldn’t rule it out as a possibility for the Premier League, though.

The NFL’s Pro Bowl slots in between the Championship games and Super Bowl. Major League Baseball and the NBA play their showpiece games in the middle of the season, creating a break during their intense schedules.

Both options would be open to the Premier League. A move to a proper winter break seems inevitable, opening a window for a mid-season All-Star match.

Collecting the league’s best players together for a match or a whole weekend works not only as respite, it’s also a marketing opportunity for the league.

Fans worldwide get to see superstars team up, whether it’s Steph Curry lobbing the ball to Giannis Antetokounmpo or Kevin De Bruyne sliding a through pass for Sadio Mane.

The seriousness of the occasion is, in many ways, irrelevant – it is a showcase for current fans to enjoy and to potentially lure a new audience. NBA betting tips aren’t changed by shots hit or made in the All-Star game.

Defence is almost impolite in the NBA All-Star game. A Premier League match would be much the same, likely a goal fest with more keep-uppies than crunching tackles.

The NBA weekend kicks off with a game for the best young players in the league, an idea the Premier League could copy to show off the best UK youth football teams.

Other than the entertainment factor, a Premier League All-Star match could be a compromise to the 39th game idea.

The prospect of an extra Premier League match played abroad at the end of the season has been put forward in the past, and it has unsurprisingly been met with anger.

Perhaps a Premier League All-Star match could be the answer to this apparent issue.

Instead of hosting the All-Star weekend at Wembley, the match could be moved around the world each year. The NBA and NFL do the same, giving the Pro Bowl and All-Star game to different host cities each season.

With the Premier League boasting enormous fan bases worldwide, this could be a meet-in-the-middle solution to the 39th game.

One year it could be in Sydney, the next Beijing and then in Tokyo. Maybe they play in Los Angeles, too.

The Premier League is well-supported enough that the crowds would still be vast, and the fans thousands of miles away from the clubs they loyally follow get to see some of their favourite players.

For the supporters based in England, this might make the All-Star weekend seem irrelevant.

And, sure, it wouldn’t be something they’d necessarily travel too, but given the opposition to league matches being played abroad, anything that makes that less likely would surely be popular with plenty of fans.

The Premier League’s growth is based on its success all over the planet. It is fair for fans to want to get a chance to see Premier League football, and if the league is to continue dominating as a business, it needs to do all it can to retain that support.

Football fans love talking about football as much as they do watching it.

Talk shows and podcasts would thrive with ‘who should make the All-Star game?’ discussions. It might even mean less time wasted talking about VAR.

Not everyone would welcome the All-Star discourse, but it might be a good way of elevating the conversation about the Premier League.

Comparisons between players’ performances, and their relative impact on the season, could replace mindless transfer speculation and old-man-shouts-at-cloud VAR takes.

Giving another topic for ‘pundits’ to express an opinion on might not always be seen as a good thing. In some quarters, though, it can be a platform for insightful debate about players, a way of assessing form.

There will be many that walk onto the All-Star squads every year, but for others it will be a real honour. Maybe a player’s All-Star appearances become a part of their legacy.

Danny Ings, who has forced his way into the Premier League Odds for the Golden Boot, would be a lock for an All-Star selection this term, a reward for the best Premier League campaign of his career.

Ings is unlikely to make the PFA Team of the Year in his career and is no more than a fringe player for England. He’s perhaps the best example of an All-Star selection being a means of acknowledging a great campaign.

They are a lot of fun, though, and the dunk contest has produced some of the most iconic moments in NBA history (this is a good excuse to watch some Vince Carter videos on YouTube).

As the Premier League looks to consolidate its place as the richest, most watched league in the world, an All-Star weekend is a natural progression.

Fans based close to their clubs may oppose it, but the move to give Premier League action to fans thousands of miles away is coming, and an All-Star offering could be the only way to do so without losing competitive football.

A north versus south split is the most obvious way to go, though a draft model as recently used in the NBA could add to the spectacle.

An All-Star game makes sense for the Premier League. There are issues with scheduling, but the positives outweigh the negatives, and it could be a way of keeping fans both in the UK and all over the world happy while adding another topic of debate.