Tottenham Hotspur Fan Zone – Everything You Need To Know About Spurs!

From club legends to famous fans, 888sport look at EVERYTHING you need to know about Tottenham! 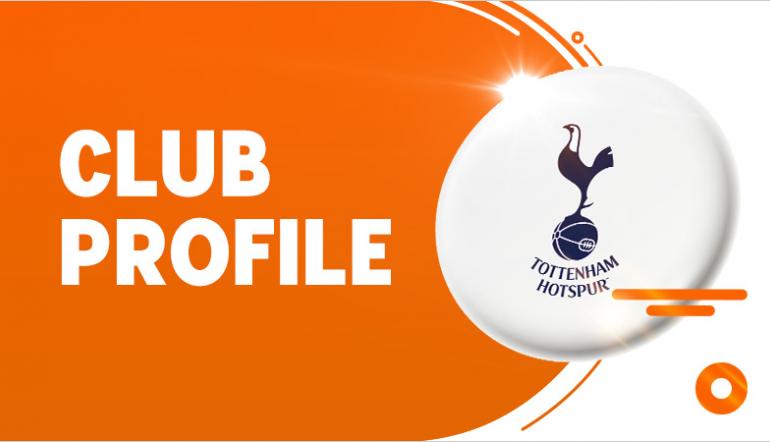 We’ve created the most complete team profile so that all Tottenham fans will be in the know, with the latest and most interesting facts around Tottenham – from historical stats to betting odds, you will find all the answers regarding the club...

Tottenham finished fourth in the Premier League in the 2018/19 season and made it to their first-ever Champions League final, falling to a 2-0 defeat to Liverpool.

888sport’s blog is the place to be for all Tottenham betting news and information throughout the 2019/20!

Heading into the 2019/20 campaign, Tottenham’s squad is littered with big names, and they don’t come much greater than England captain and star striker Harry Kane.

Kane is joined on the forward line by the brilliant Son Heung-min, who is a real fan favourite in north London.

Goalkeeper Hugo Lloris is one of the best in his position in the Premier League, and he’s protected by Belgian central defenders Toby Alderweireld and Jan Vertonghen.

Davinson Sanchez and Juan Foyth provide the depth at the back, while Ben Davies, Danny Rose, Serge Aurier and Kieran Trippier compete for full-back minutes.

Who Are Tottenham Hotspur's Top Scorers Of All-Time?

Tottenham are owned by ENIC International Ltd., who took over private ownership of the club in January 2012.

What Are Tottenham Hotspur's Biggest Rivalries?

Like all London clubs, Tottenham have plenty of rivals in the capital. Chelsea and West Ham are notable rivalries, but neither come close to Arsenal, who Spurs contest the North London Derby with.

Arsenal had the better of Spurs for many years, and the Gunners celebrated St. Totteringham’s Day on the day that it was confirmed Arsenal would finish above the Lilywhites.

It hasn’t been celebrated lately, however, as Spurs have finished above Arsenal in every Premier League campaign since 2015/16. The derby matches are extremely competitive, with high-scoring matches and red cards very common.

The rivalry with Chelsea has brought some feisty affairs in recent years, including in 2015/16 when Chelsea ended Tottenham’s title dreams.

What Are Tottenham's Highest Player Salaries? How Much Is The Club Worth?

According to Spotrac, Tottenham’s wage bill for the 2018/19 season was just above £86 million. Harry Kane was the highest paid player at the club, earning £200,000 per week.

Worth $1.6 billion according to Forbes, Tottenham ranked as the ninth-most valuable football club on the planet on the most recent list.

Nike are Tottenham’s current kit manufacturers. Starting in 2018/19, the kit deal with Nike will run for 15 years with Spurs receiving around £30 million per season.

Tottenham’s greatest ever season came in 1960/61 as they claimed their first and only league and FA Cup double. They had won the league 10 years prior that, however, and won two more FA Cups in the 1960s before winning it back-to-back at the start of the 1980s.

Spurs’ most recent trophy was the League Cup in 2007/08 as they defeated their archrivals Chelsea in the final.

Since then, Tottenham have enjoyed some memorable moments, though, and had several in the 2018/19 Champions League run to their first ever European Cup/Champions League final.

Fernando Llorente’s late winner against Manchester City and Lucas Moura’s astonishing second half hat-trick against Ajax are the undoubted highlights.

Tottenham have a massive fan base, with the majority of their British sport coming from the south east of England.

One of their fans’ most famous songs is ‘Glory Glory Tottenham Hotspur’, which began after they won the double in 1960/61. Spurs have many celebrity fans, including former owner Alan Sugar, singer Adele and two-time NBA MVP Steve Nash.

Tottenham play their home matches at Tottenham Hotspur Stadium, their new ground which they moved into in April 2019, playing their first match there against Crystal Palace.

Tottenham has been home to many star players from Jimmy Greaves to Paul Gascoigne. Ossie Ardiles and Ricky Villa became fan favourites through the late 1970s and 1980s, and a few years later Jurgen Klinsmann and David Ginola were idolized at White Hart Lane.

England internationals Gary Lineker and Glenn Hoddle are two of the most recognizable names to have taken the field for the club.

Current star man Harry Kane has followed in the footsteps of the two club icons, along with fellow strikers Teddy Sheringham, Robbie Keane and Jermain Defoe. In the current team, few players are more popular than Heung-min Son.

Sam is a freelance sports writer, specializing in football, cricket and Formula One.

He follows most sports, but particularly enjoys those on the other side of the Atlantic Ocean – namely baseball, basketball and American football. Watching, writing and talking about sport takes up most of his time, whether that is for a day out at T20 Finals Day or settling down for Super Sunday and Redzone.