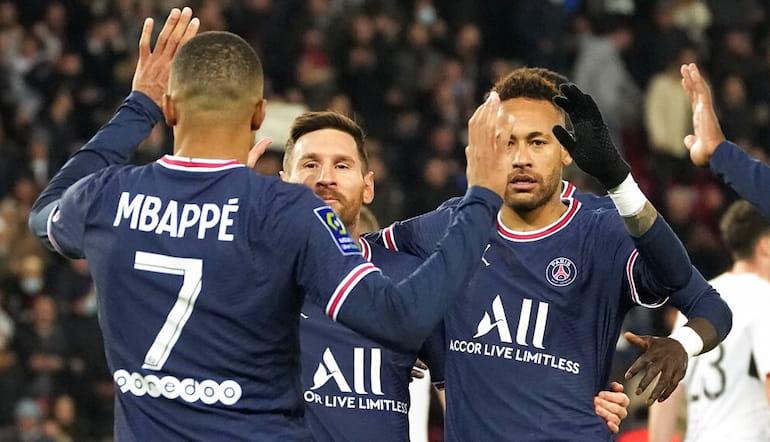 PSG return from the international break to host Nice on Saturday night. Les Parisiens are 2/13 football betting favourites for the encounter as they look to maintain their lead at the top of Ligue 1.

A 1-0 win over Lyon last time out saw Christophe Galtier’s team move two points clear of Marseille at the summit, and it’s no surprise that Ligue 1 odds are expecting PSG to build on that advantage in the coming weeks.

It's been a poor start to the season for the road team. They have eight points from their first eight league fixtures, having scored just five goals in the process.

Both of their wins came in the last four gameweeks, but a 1-0 loss to Angers before the break doesn’t exactly build confidence for a clash with PSG.

Nice have been solid enough defensively, conceding only nine, but their issues in front of goal are a real concern.

Shutting PSG out is not a realistic ambition, so the visitors need to score at least once to take anything from the capital. That seems very unlikely. Nice are 19/20 to score under 0.5 goals.

Galtier might shuffle his pack here with his eye on Benfica in midweek. The core of their squad were representing their national teams during the break, and the home team will be sufficiently confident they can take all three points at a canter.

Galtier has been reluctant to make too many changes thus far, however, and he could name his big three up front and hope to get this wrapped up inside an hour before taking them off.

Neymar has been in scorching form – the Brazilian is a decent bet at 7/10 to score anytime.

As an option to come off the bench to relieve the big three, Pablo Sarabia is an intriguing wager at 5/1 to score last. Nice troubled PSG last season, but a repeat of that is unlikely. We like the hosts to win both halves at 23/20.

Bet on PSG with 888Sport

Fancy PSG to finally get their hands on the Champions League in 2023?

PSG haven’t always been favourites in Ligue 1 odds. Founded as recently as 1970, the club from the capital was an ambitious venture from two businessmen.

Upon receiving advice from Real Madrid president Santiago Bernabeu, they crowd-funded to get the club up and running, and it became the first French team ever to have fans contribute to the start-up finances.

The early years were blighted by financial struggle and inconsistent performance on the pitch.

Naturally, a new team in Paris attracted a lot of interest from investors and fans alike, and they became more competitive in the 1980s, ultimately winning their first league title under the leadership of Gerard Houllier in 1985-86.

Difficult seasons followed, however, before the club again became a force to be reckoned with in the 1990s after being bought by TV network Canal+. 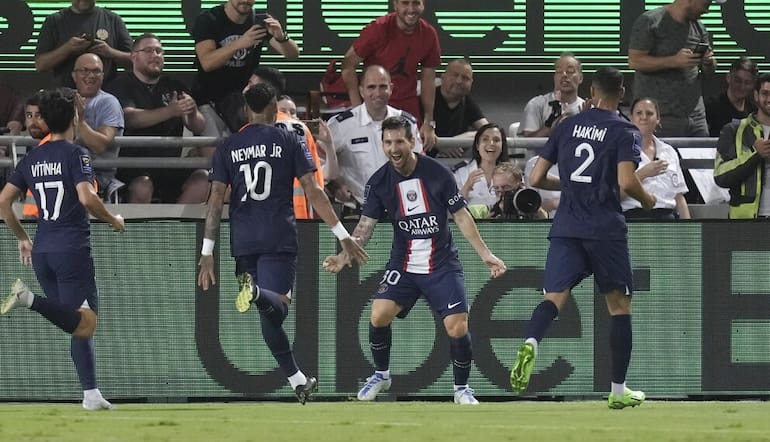 Investment into the first-team squad followed, and Les Parisiens finished in the top three in five consecutive seasons in the 90s, including a title win in 1993-94.

It was a glamourous club at this point, with world stars like George Weah and David Ginola lighting up the French capital.

Trophies were accumulated throughout this period, but it was short-lived. Financial strife returned before the turn of the century.

Ronaldinho brought a sprinkling of magic, and a few domestic trophies were won, but PSG were a long way from competing in the league.

Canal+ sold the club in 2006, and it changed hands again five years later with Qatari Sports Investment injecting historic sums into the team.

This sparked a period of unprecedented dominance. PSG won seven out of eight league titles in the 2010s, and continued to throw money at their team, including the world-record signing of Neymar and the acquisition of Kylian Mbappe from Monaco.

There is no shortage of PSG options if you’re looking to bet on football.

Their season started with the Trophée des Champions against Nantes in Tel Aviv, which is just one of four pieces of silverware the club from Paris were targeting in 2022-23.

In their first competitive game of the season, Paris Saint-Germain won another trophy by beating FC Nantes 4-0 in the Trophée des Champions. 🏆https://t.co/MZyg901N87

Christophe Galtier’s side began their Ligue 1 title defence against Clermont on August 6th.

The most successful team in Coupe de France history, having lifted the trophy 14 times, Galtier will be aiming to take the club to their eighth consecutive Coupe de France final in 2023.

PSG suffered yet another Champions League collapse in 2021-22, but they have another shot at European glory in 2022-23. They will find out their group stage opponents on August 25th.