Aruna Quadri is the best African table tennis player at Tokyo 2021. Can he clinch a shock medal for Team Nigeria at the Olympics this summer? 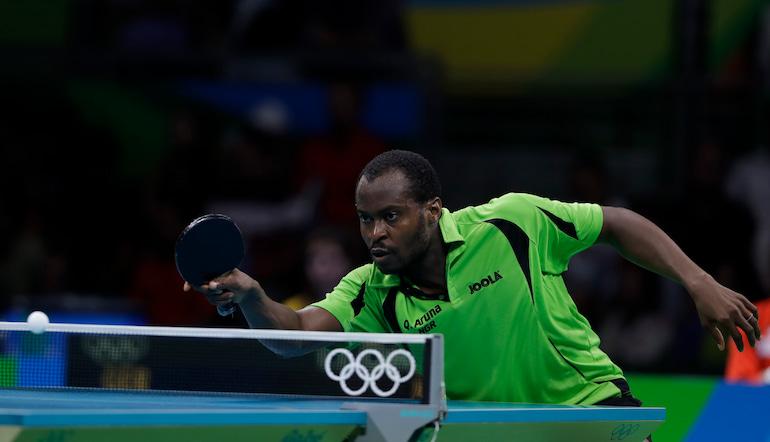 Table tennis isn’t the most popular sport on the planet but it is a huge hit with viewers when it comes to the Olympic Games.

Sports betting fans will see the best players in the business competing at Tokyo 2020 and Nigeria’s Aruna Quadri is an interesting contender in the medal race.

Those looking to bet on the Olympics may recognise the name, though Nigeria are not exactly renowned for being a powerhouse in table tennis.

However, Quadri Aruna is a force to be reckoned with in Japan this summer and punters will be expecting big things from the Nigerian star.

Without further ado, it is time to look at Quadri Aruna’s impact and influence on table tennis – both in his native Nigeria and around the world.

Born in August 1988, Quadri Aruna learned the basics of table tennis in his hometown of Oyo and worked his way up the ladder to the top of the sport.

He represented Nigeria at London 2012 and Rio 2016, reaching the quarter-finals in Brazil and he will be hoping to emulate that achievement in Tokyo this summer.

It hasn’t always been plain sailing for Quadri, with a lack of funding for table tennis players in Nigeria impacting his chances to challenge for Olympic glory.

However, they have enjoyed some success over the years – the Nigerian reached the quarter-finals of the men’s singles tournament at the 2014 World Cup for example.

An aggressive player known for his forehand-winning skills, Aruna has ranked inside the top 30 table tennis players in the world for most of the last seven years.

Aruna was a pivotal member of the Nigerian team that won bronze at the Commonwealth Games in 2014 and he has certainly helped to put table tennis on the map in the country.

Without a doubt, Aruna’s run to the quarter-finals of the 2016 Olympic Games will go down as the most remarkable feat of his international table tennis career.

He entered the men’s singles event in Rio as the 27th seed but defied the odds to reach the last eight – much to the delight of Olympics betting fans around the world.

Getting through the first round was an achievement in itself but Aruna claimed a major scalp when defeating fifth seed Chuang Chih-yuan in the second stage.

Aruna then breezed past Timo Boll with a convincing performance but would face top seed Ma Long in the quarter-finals.

While he suffered a 4-0 defeat in the quarters, Aruna exited the competition with his head held high and Long went onto sweep the gold medal match.

Aruna had a fantastic run in Rio, causing a major upset while beating a previous Olympics semi-finalist and four-time World Tour champion.

He wasn’t just competing for Nigeria, he was competing for every table tennis fan in Africa and Aruna should be exceptionally proud of his achievements in Brazil.