Raheem Sterling Net Worth - How Much Does Manchester City Star Earn? Raheem Shaquille Sterling was born in Kingston, Jamaica in December 1994.

Having moved to England at a young age, Sterling overcame a tough upbringing to excel at football, his talent spotted by Queens Park Rangers, where he developed as a youngster for seven years.

Liverpool snapped him up in 2010, and his supreme talent was clear to see, leading to a big money move to Manchester City in 2015.

Since then, he has been a key player for club and country, and his marketability and brave social stances have seen him accrue a large net worth. Premier League odds point towards much more success in the future.

How Much Does Raheem Sterling Earn?

Raheem Sterling is reported to earn £300,000 per week on his current Manchester City contract, which equates to £15.6 million per year.

His current salary was agreed when he signed a three-year extension to his contract in 2018. Despite some indifferent form in 2021, Sterling has seen his stock continue to rise.

Since you've been viewing this page, Raheem Sterling has earned

His current contract shows just how much Sterling has increased his earnings since his early days, when he was on £2000 a week covering his first contract at Liverpool.

By the time he left Liverpool, this had risen to £35,000 per week. With City offering him £200,000 a week to join them, he was soon one of the top earners in the Premier League, where he has remained.

With this contract due to expire in 2023, there is talk of an improved one that may embellish this figure even further.

Regularly playing, and performing, for one of the most successful clubs in English football, and starring for his country too, should ensure a lucrative new deal soon.

According to the Sunday Times 2020 Rich List, Raheem Sterling had wealth totalling £28m, though this has since risen within a year to an estimated £33 million.

The majority of this wealth will have been earned through salaries and bonuses, but his profile has ensured plenty of income off the pitch too.

It is difficult to detail Sterling’s exact worth as he has sensibly diversified much of his earnings, as he looks beyond his football career.

Primarily, Sterling has invested in property, including buying a set of houses in Stockport in 2019. He owns multiple personal properties, with a luxury home on Marbella valued at over £4 million.

He could afford to buy his mother a house in 2016 and it is thought he intends to expand his property empire after retirement. He is driven to success by his tough upbringing and determined to reward those who helped him along the way.

With much of his career still to come, most Premier league predictions suggest it is a near certainty that Sterling will increase his wealth in the coming years with improved contracts and further sponsorship deals as Manchester City continue to contest for silverware.

Raheem Sterling is one of the most marketable players in world football, and he has added to his wealth with considerable endorsements over the past five years and more.

He makes in excess of £5 million annually from sponsorship deals that includes Lucozade, Nike, Gilette, Electronic Arts and Apple.

In 2021, he announced a new boot deal and wider partnership with sportswear brand New Balance. 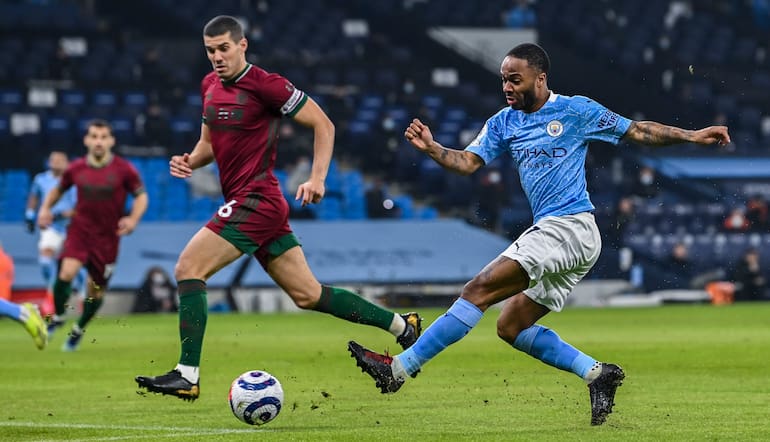 The details were kept private, but with rumours that Puma were prepared to pay £100 million for a partnership the previous year, it is sure to be highly lucrative.

He is also a prominent face for fashion brand Vita De Lusso, and can sometimes be seen wearing their headwear.

With his extensive charity work, campaigns for equality and social media following, it is not surprising that he is a marketer’s dream. He has 18 million followers on social media platforms, with over 8.5 million on Instagram alone.

On the pitch achievements will ensure such endorsements do not dry up and we can expect Champions League betting offers to include Raheem Sterling for many seasons to come, increasing his attraction to advertisers.

Raheem Sterling is not married but is engaged to his long-term girlfriend Paige Milian.

He proposed to her in 2018, with a huge diamond ring, and they planned to marry in England or Jamaica in 2020, but those plans are temporarily on hold. However, it would not be a huge surprise if they become man and wife very soon.

The couple met initially in 2010 as teenagers when Raheem was still at Queens Park Rangers and Paige was working in a sports shop. They dated for a couple of years, separated, but got back together in 2015.

Paige is a highly successful businesswoman, both as a model and an owner of a property development business and has collaborated with Raheem on property deals.

She also manages a sports management group and is a qualified accountant. It is thought that Paige is a calming, steady influence on Raheem, and a devoted mother to their two sons.

The devotion goes two ways and in August 2021, Raheem surprised his fiancée with a lavish party to celebrate her 26th birthday.

Sterling has three children, his first born when he was 18, a daughter named Melody Rose with his ex-partner Melissa Clarke.

He has two children with Paige, sons Thiago and Thai who were born in 2017 and 2019. Those who like an online football bet may wish to gamble on at least one of his sons following in his father’s footballers. 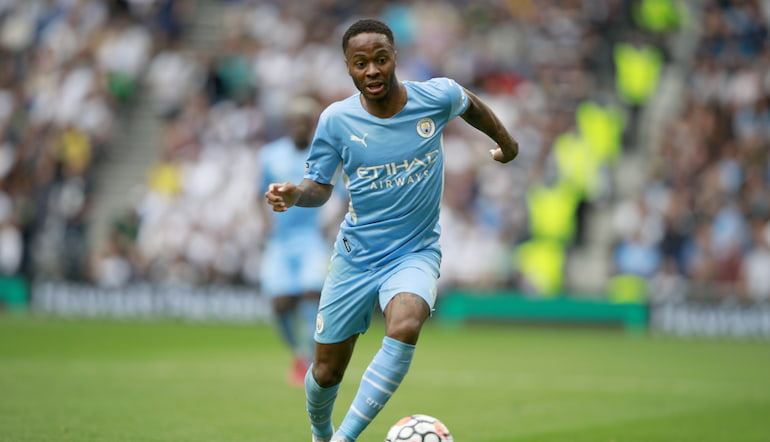 The children can often be seen at games celebrating victories with their father. Raheem has spoken in the past about his pride at being a parent, and his determination to be the father figure to his children that he himself never had.