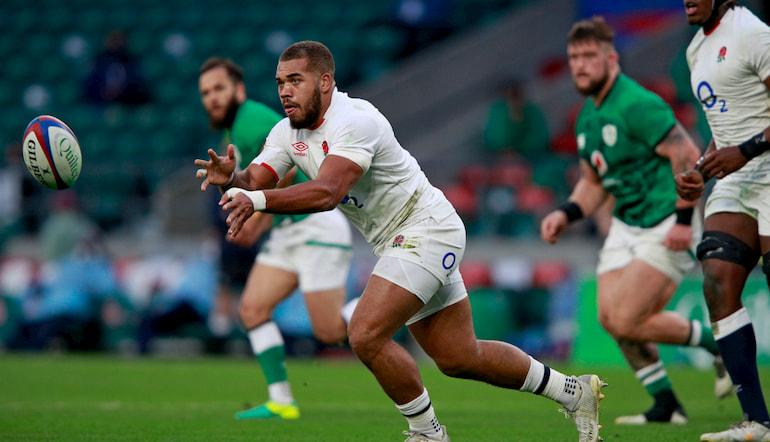 If you’re into rugby betting, chances are you’ll know the difference between rugby union and rugby league. However, it can be confusing if you are relatively new to rugby.

Here, we aim to explain the main differences between the two rugby codes, with a focus on the different rugby rules, gameplay and origins of both sports.

Betting on rugby has never been easier. We hope our rugby union vs rugby league differences guide helps punters to enjoy more success when it comes to rugby betting tips.

Without further ado, it is time to get stuck into the best rugby league vs rugby union tips, starting with a look at the history of both rugby codes.

According to most rugby websites, rugby union originated in England in the first half of the 19th century at Rugby School.

Legend has it that William Webb Ellis, whose name is now engraved into the Rugby World Cup trophy, picked up the ball and decided to run the length of the field.

Meanwhile, rugby league was formed after a split from the Rugby Football Union in 1895 – with a financial issue attributed to the move.

Rugby league was perceived as a faster, more entertaining game for fans and players, which helped to attract the southern hemisphere nations.

In 1995, rugby union joined rugby league as an openly professional sport. Now one of the biggest sports in the world, union is particularly popular in the south of England.

A rugby league team has 13 active players, with a total of 10 interchanges allowed during the course of a game. Substitutes are allowed to come on and off the field throughout, with teams usually naming four players on the bench.

In a nutshell, the main aim is to score tries in order to accumulate enough points to win the match. In rugby league, you are awarded four points for a try, two points for a conversion/penalty and one point for a drop goal.

There is a finite tackle limit in rugby league – which helps contribute to the speed and end-to-end nature of the sport. Once you have reached the tackle limit, the ball is turned over to the opposition barring the odd exception.

Scrums in rugby league are rarely competitive, with six of the 13 players involved in each scrum situation. These are used primarily after turnovers to spark a set-piece attack for the team in possession.

At the other end of the spectrum, rugby union has 15 players on each team with a total of seven substitutes allowed during a match. The general aim in rugby union is the same – to score more points than your opponents.

However, rugby union focuses more on scoring points through any means possible. It is a much slower game to watch, with penalties and drop goals taking a central role in union compared to league.

Unlike rugby league, there is an infinite tackle limit in union but most teams rarely keep the ball for long phases of play. Territory is key to success in rugby union.

Winning penalties can relieve pressure and teams often kick to touch before throwing the ball back into play at a lineout. Other options include taking a shot at goal and a scrum – this is usually an option for teams with larger packs.

In terms of points, a try in rugby union is worth five points. Meanwhile, penalties and drop goals are worth three points while conversions after a try are worth an additional two points.

The first obvious difference is the number of players on each team. In rugby league, you have 13 players on a team while rugby union teams have 15 on the pitch.

In terms of gameplay, the style of rugby codes are very different. League is much quicker and focuses predominantly on skill while union is more territory and strength.

Once a tackle is made in rugby league, a player must ‘play the ball’ between their legs while union players form a ruck to try and win possession.

Furthermore, points for each type of score vary depending on the rugby code – with rugby union offering more points for a try. However, most rugby league matches will see more tries scored.

League vs Union – North vs South

Historically, the difference between league and union is vast. Working class players couldn’t afford to take time off to play sport so were unable to commit to the rugby union lifestyle.

With teams and governing bodies paying rugby league players, this was a popular code for working class sportsmen across the country.

Meanwhile, union was played at grammar schools and universities, creating a strong class divide between the two rugby codes.

This wasn’t just the case in the United Kingdom, with a class divide visible in the southern hemisphere. Rugby league has always been popular in Australia while New Zealand are the kings of rugby union.

There is a general consensus in the UK that rugby league is played in the north while rugby union is more popular in the South.

While this is accurate to an extent, there are a few exceptions to the rule. Newcastle Falcons and Sale Sharks are two northern teams who play in the Rugby Premiership.