Who is Sadio Mane and what is his estimated net worth? We look at the former Liverpool man and discuss his professional football career 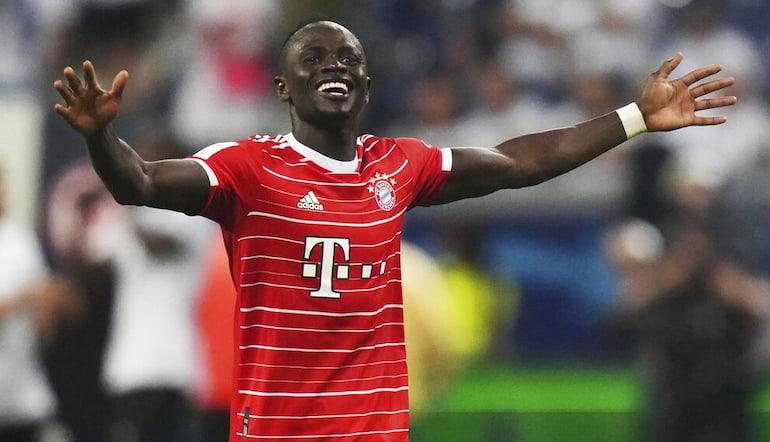 Sadio Mane is a forward for Bayern Munich. The Senegalese international ascended to stardom with Liverpool after spells with Metz, RB Salzburg and Southampton.

The trajectory of Mane’s career has been unusual, such was his growth from a shrewd Southampton signing to become recognised as one of the best forwards on the planet.

Great Liverpool teams, often favoured in betting markets, were dependent on his services from the left flank, and he was integral as Senegal secured an historic Africa Cup Of Nations win in 2022.

Sadio Mane net worth is estimated at around £20 million. While Mane was a late bloomer in many regards, he still enjoyed several years of success with Liverpool, including massive wages along the way.

His list of endorsements isn’t as comprehensive as some other Premier League stars, though he has had partnerships with Indonesia Tourism and Western Union alongside the standard boot deals.

He might not have accumulated as much wealth as some of his peers, but Mane enjoyed a Premier League career which few can match, including becoming a fan favourite at Anfield.

He now gets the honour of representing another of Europe’s iconic clubs in Bayern Munich with more hardware destined to follow.

Sadio Mane is reportedly on just over £350,000 per week at Bayern Munich. This figure ranks alongside the highest-paid players in world football.

Liverpool were not keen to give Mane such a pay rise considering his age and their strict wage structure. He was on £100,000 per week at the Merseyside club, which does not rank favourably compared to many other Premier League forwards.

If Mane had stayed at Liverpool on that salary, he would have been earning less than James Maddison, Kurt Zouma, Danny Ings and Victor Lindelof to name just four.

Sadio Mane left Liverpool in the summer of 2022, ending almost a decade as part of Premier League predictions to join Bayern Munich.

One could argue that Mane’s departure being overshadowed by Salah was a reflection of his time at Anfield.

With just one year left on his deal, Liverpool still managed to recoup the fee they paid for Mane with a potential sum of £35 million (£27.5 million of which is guaranteed).

The ever-upbeat Mane spoke positively of his relationship with Liverpool in a farewell interview.

"I sent a long text to say goodbye to everybody, which is normal. They were sad, as I was, but it is part of life. We just have to accept it.

The best is yet to come for Sadio Mane 🔥 pic.twitter.com/kV44LexzZi

"That was the plan from the beginning - to leave Liverpool in a very good way. It was fantastic in the club, in the dressing room.

"I am friendly with everybody, the coaching staff and even the kitchen staff, the ladies in the kitchen! So, for me leaving in a good way is so, so important - and [for] the fans as well."

Jurgen Klopp saw the club spend heavily to bring in Nunez as a replacement after landing Luis Diaz in January, but the German was under no illusions about Mane’s Anfield legacy.

"It's a big moment. There is no point in anyone trying to pretend otherwise. One of Liverpool's greatest ever players is leaving and we must acknowledge how significant this is.

"He leaves with our gratitude and our love. He leaves with his status among the greats guaranteed. And, yes, he leaves in a moment where he is one of the best players in world football.

"But we must not dwell on what we now lose, instead celebrate what we were privileged to have. The goals he scored, the trophies he won; a legend, for sure, but also a modern-day Liverpool icon.

"I respect completely his decision and I'm sure our supporters do also. If you love LFC, you have to love Sadio - non-negotiable. It is possible to do this while accepting our loss is Bayern's gain.”

Growing up in a village 250 miles from Dakar, Sadio Mane’s route to professional football was not straight-forward. He ran away from home at 15 to pursue his dream, eventually becoming a world name and scoring goals watched by millions.

Mane, though, has not forgotten where he came from. He has become renowned for his philanthropy.

Around 70% of families live in poverty in the area Mane grew up, and his father tragically passed away at a young age because there was no hospital in the village.

Along with spending hundreds of thousands to build a school, the former Liverpool star invested almost half a million pounds to create a public hospital.

His support of the Senegalese population is not limited to gaudy donations, however.

He has backed the building of a petrol station and post office, and according to the Liverpool Echo, provides each family with £65 per month and an internet connection.

Mane is an optimistic and uplifting personality, who has changed the lives of people in Senegal far beyond his performances for the national team.