Sea The Stars & His Unprecedented 3-YO Season 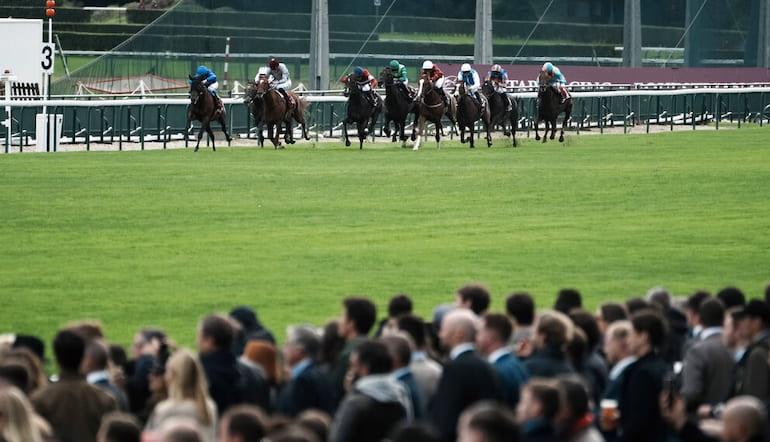 From his victory in the 2000 Guineas through to his impressive rout of an Arc field, it’s highly unlikely that any other horse will ever come close to emulating Sea The Stars’ three-year-old season in 2009.

To this very day he is still lauded as the greatest three-year-old to ever grace the turf.

John Oxx’s campaign with Sea The Stars broke new ground. The horse was the first to complete the 2,000 Guineas-Derby-Arc treble and he absolutely destroyed the rest of his comtempories over all the race distances between 1m and 1m4f.

Sea The Stars already looked like a potential superstar with an impressive 1½ victory under Mick Kinane in the 2,000 Guineas at Newmarket.

Owned and bred by the Tsui family, Sea The Stars started at odds of 8-1 for the mile Classic, a rather generous online horse racing betting price that his followers would never witness again.

His next race would be the Derby, for which he was quickly made favourite for the famous Epsom showpiece.

The beginning of great things 🙌

The brilliant Sea The Stars stayed on well out of the dip to take the 2000 Guineas back in 2009 under @MichaelKinane… pic.twitter.com/4iH1k6QLtx

Sea The Stars became the first horse since Nashwan to land the Derby after winning the 2,000 Guineas.

The morning favourite in the papers was overtaken in the betting by Fame And Glory, who was sent off the 9/4 favourite in our sports betting, but it was Sea The Stars (11/4) who struck the front with two furlongs to go and ran home strongly to score by 1¾ lengths.

🗣️"Sea The Stars will complete the Guineas and Derby double!"

Can it really be ten years since Sea The Stars produced this performance to win the Derby? 😮#EpsomDerby #IconicMoments pic.twitter.com/cR334Ti5jp

Yet again Sea The Stars confirmed his superiority with another commanding performance in the Eclipse at Sandown.

Oxx's colt was sent off as the 4-7 favourite to land a third Group One, battling on well in the closing stages to run out an impressive one-length winner over Rip Van Winkle.

1-4 backers were given a little bit of a scare on the Knavesmire when about a quarter of a mile out, Sea The Stars has a good two lengths to make up on Mastercraftsman.

He got there in the end, and did so with a length to spare at the line, making it a perfect four-from-four for the season and maintained his mantle as the world's top-rated racehorse.

The Welcome To Yorkshire Ebor Festival gets under way at @yorkracecourse tomorrow. 😃

Race number five of the season and Ireland's great hero confirmed himself one of the outstanding racehorses of the modern era with an emphatic victory in the Irish Champion Stakes.

Many were of the view that he would sign off his career in the Breeders’ Cup Classic in early November, but Oxx said after the Irish Champion: "We'll look at the Arc first, but that depends on the ground.

"It's hard to do, five Group Ones in five months, with one performance better than another and today was his best."

Oxx’s decision to run Sea The Stars in Paris proved to be exactly the right one when the Irish phenomenon clocked up his sixth Group One win in as many months with a two-length beating of Youmzain in the Arc.

Returned as the 4-6 favourite, the colt was worryingly boxed in for most of the race but surged to a two-length win when the gaps finally appeared.

One of the finest colts there'll ever be... Sea The Stars was magnificent in the 2009 Prix de l'Arc de Triomphe 🤩 pic.twitter.com/ypfyrVaBZ6

Christopher Tsui, the owner of Sea The Stars, retired him shortly after his Arc victory citing that his career as a stallion was 'at least as important' as his racing career, a move that has turned out to be entirely justified years down the years with a long list of splendid progeny gracing our racecourses.

Thank you Mr Tsui and thanks for the memories Sea The Stars!