Who is the greatest British snooker player of all-time? Join our sports expert as he gives his snooker rankings... 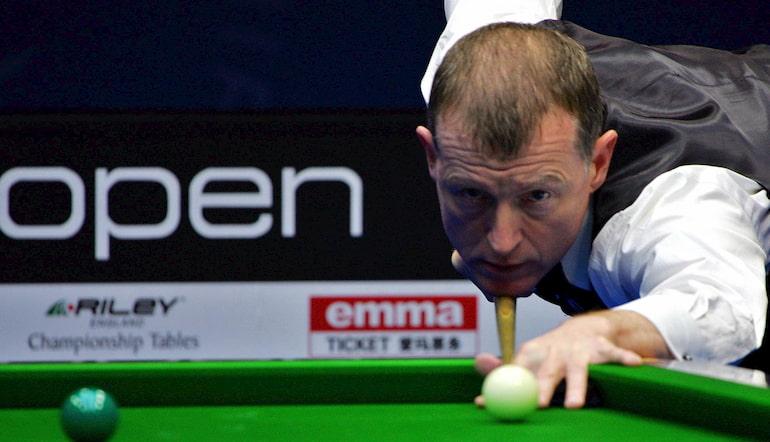 Snooker has been dominated by Brits. Other nations have won major tournaments and regularly crop up in the top 10 or 20 of the rankings, but when it comes to the greatest snooker players ever, it’s mainly Brits.

The 10 players in our list below were/are frequently among the favourites in World Snooker Championship betting odds.

They are the most successful in the history of the sport, players who combined peak performance with longevity to collect trophy after trophy.

Starting with snooker’s biggest star and journeying through the history of the game, here are the 10 greatest British snooker players of all-time…

So often the 888sport favourite for major tournaments, Ronnie O’Sullivan transcends the sport. Casual snooker fans will tune in for O’Sullivan.

His 1000 century breaks is miles ahead of anyone else. The longer he plays, the more records he acquires, and his ability to win tournaments looks unlikely to wane any time soon.

Quite simply, he’s the most gifted snooker player in history.

Just as O’Sullivan’s spot as number one was straight forward, there’s no beating Stephen Hendry for second on this list.

The Scot holds the record for most seasons at the top of the rankings and his seven world titles is still two clear of O’Sullivan.

When Hendry announced his retirement in 2012, he brought an end to a 23-season streak in the top 16 of the world rankings.

Steve Davis is the only snooker player to win Sports’ Personality of the Year, he was the first to win all three Triple Crown events in a season, and recorded the first ever televised 147.

Davis’ reign came to an end as Stephen Hendry ascended in the 1990s, but he remained competitive until 2016, even reaching two ranking finals after the turn of the century.

Although his best days are perhaps behind him, John Higgins remains an important name in snooker betting online odds.

Higgins was runner-up in the World Championship in each of the last two seasons, losing to Judd Trump and Mark Williams.

His consistency is best shown by a run between 1996 and 2012 when he never dropped outside the top six in the world rankings.

The focus is so often on O’Sullivan, but Mark Selby dominated snooker throughout the 2010s.

He’s a three-time world champion, has three maximums to his name and has lost just one of his last 15 ranking finals.

The Jester From Leicester has won all of the Triple Crown events at least twice, a rare achievement. Though not the most popular player around, his success cannot be overlooked.

It’s a small group that have completed snooker’s Triple Crown. Alex Higgins, a two-time world champion, is one of them.

Higgins was renowned for his lifestyle as much as his brilliant snooker.

He was controversial, he attracted the wrong headlines at times, but he was undeniably brilliant at the table, controlling the cue ball like few others have before and playing at pace.

The first player to be number one in the world when the rankings were introduced, Ray Reardon’s spot on this list was assured.

He’s a six-time world champion who dominated the sport through the 1970s, and developed a reputation as one of the sport’s entertainers along the way.

His slicked back hair earned him the nickname ‘Dracula’, safely one of the top nicknames in the history of the sport. Few know more about snooker than Reardon, who also helped Ronnie O’Sullivan on his way to the 2004 world title.

Only four players in the history of the sport have more ranking titles than Mark Williams. They are all above him on this list.

The Welshman is a masterful long-range potter and sits 10th all-time in century breaks. At his best, he is ruthless when given the slightest opportunity and combines that with savvy tactical play in messier frames.

He turned pro in 1992, but the former world number one will be cropping up in snooker betting tips for a while yet.

By raw talent, Jimmy White could be even higher on this list. Unfortunately, The Whirlwind is remembered as a nearly man by many, losing all six of his World Championship final appearances.

White was universally popular, a player who took risks and built big breaks.

He’s one of just six players to hit a 147 at The Crucible, and despite missing out on the big one, he’s 10th all-time in ranking titles.

Dennis Taylor will always be remembered for that final against Steve Davis.

Watched by over 18 million, Taylor won his solitary world title in style back in 1985. It came a year after his Grand Prix victory and Masters success followed in 1987.

Taylor frequently duelled with Steve Davis and Alex Higgins throughout his career, picking up his fair share of wins along the way.