Snooker: Who Is The Greatest Player Of All-Time?

888sport look at five of the greatest snooker players of all-time, but who tops your list? 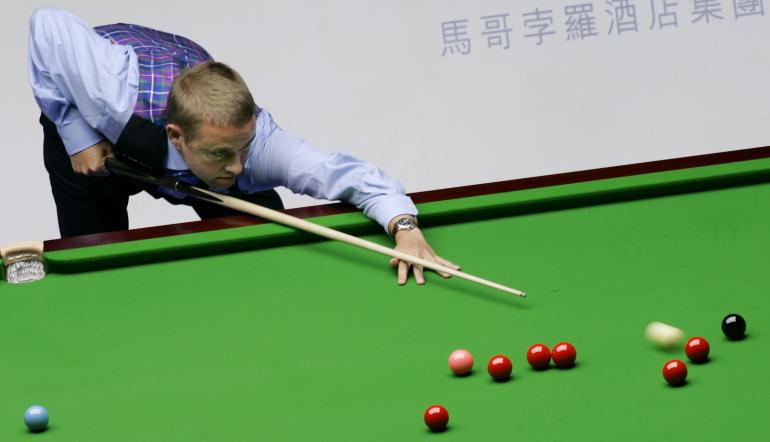 Comparing eras is challenging in sport, and that’s no different in snooker.

The best ever snooker players are well known, but pitting them against one another is a challenge, we’re looking at people who’s careers never overlapped, who lived in different times with different equipment, schedules and opponents.

The ‘is Ronnie the greatest’ question dominates the debate. O’Sullivan has been the iconic figure of snooker over the 21st century. Others, though, have a solid claim to the throne, whether on raw talent, number of titles or periods of supremacy.

We take a look at the five best snooker players ever, starting with The Rocket…

The list of Ronnie O’Sullivan’s achievements is endless, yet there’s still a feeling he has underachieved. As thrilling as he is at the table, O’Sullivan is fascinating away from it.

Frequently in conflict with snooker’s governing bodies, and having threatened to form a breakaway snooker group, O’Sullivan is an outspoken figure, but most crucially, he’s always honest, making his interviews worthwhile listening.

The five-time world champion recently said, “I kind of love what I do but there’s parts of it I don’t like.”

He’s not been afraid to be open about his view of snooker. O’Sullivan has been controversial, but there’s no doubt his impact on the sport has been positive.

Keep an eye out for The Rocket in our snooker betting tips as he looks to confirm his status as the greatest.

The main challenger to O’Sullivan’s greatest ever throne, Stephen Hendry has a snooker CV like few others.

Hendry was the youngest ever world champion in 1990, won six further world titles after that along with six Masters and five UK Championships.

While O’Sullivan’s talent level was/is higher, Hendry’s prolific record has seen him draw plaudits for his application and desire for victory in a way that O’Sullivan hasn’t always.

His seven world titles will give him the edge over O’Sullivan for many. The Rocket is still going, however, and in 2019, Hendry’s record for most ranking titles ever was equalled by O’Sullivan.

Hendry’s status as one of the top two players ever is pretty much without question. Whether O’Sullivan has overtaken him or not, though, is still a hot topic of debate in the snooker world.

Steve Davis considers O’Sullivan the best player but sees Hendry as the greatest winner – that might be the best way to sum up Hendry’s career.

Playing into his late-fifties, Davis was as well known as any snooker player has been.

His black-ball World Championship final against Dennis Taylor in 1985 was watched by over 18 million people and he’s still the only snooker player to win BBC’s Sports Personality of the Year award.

Davis’ longevity was astonishing. His place among the greats isn’t challengeable, though there will understandably be some conflict about where he places among the top five all-time.

Putting him ahead of Hendry and O’Sullivan is a hard sell, but it’s an argument worth listening to for his stardom.

Three-time world champion Mark Selby was a teenage sensation, turning professional when he was only 16 years old.

A methodical, relentless break builder, Selby already has 585 century breaks in his career to go with an impressive trophy cabinet. Only five players – including O’Sullivan and Hendry – have more.

Collecting a couple of UK Championship and Masters titles along the way too, he’s only the sixth player in snooker history to win all three of the Triple Crown titles twice.

Resolute and often cautious, Selby’s game has drawn criticism for its negativity, but there’s no doubting his effectiveness.

Pre-O’Sullivan, Alex Higgins was possibly the most popular snooker player ever.

His nickname of ‘Hurricane Higgins’ reflected his fast style of play – something that wasn’t particularly common during the 1970s and 1980s. Higgins was a standout figure at the time, his game was different, his personality was entertaining.

Winning two World Championship titles 10 years apart – in 1972 and 1982 – Higgins was inconsistent throughout his career.

Between those two triumphs, he twice fell in the first round of the World Championship and once in the second. His Masters performance was more reliable, however, with four consecutive final between 1978 and 1981.

Higgins impact on snooker cannot be overstated. Many modern days greats looked up to him, including O’Sullivan, “The way he played at his best is the way I believe the game should be played.”