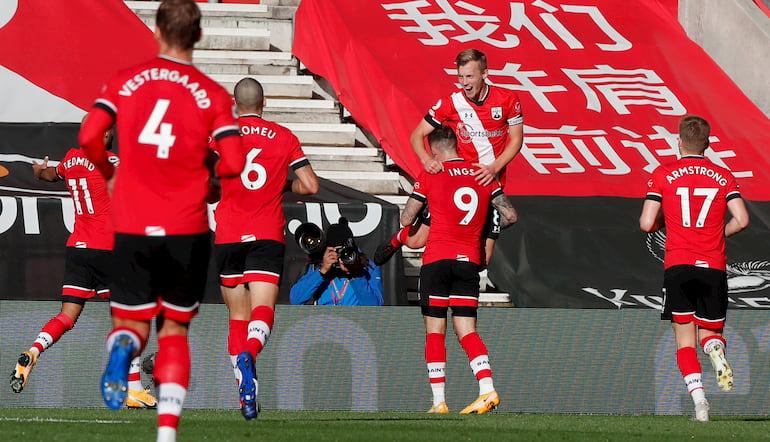 Struggling in the first half of last season, Saints finished the campaign strongly and have carried those standards into 2020/21. The south coast club are in the football betting mix for a European finish.

Their impressive performances this term are particularly impressive after what was a quiet window.

Pierre-Emile Hojbjerg’s loss has not had a major impact on the team, and Theo Walcott has already proved to be a shrewd pickup on loan from Arsenal.

Could Southampton be active in the January window to bolster their squad ahead of a push for a top six spot?

Founded in the mid-1880s, Southampton played in the Southern League from 1894 and didn’t join the Football League until after World War One.

Although they have only won one major trophy in their existence (the 1976 FA Cup), Saints have spent the majority of their time in the top flight since first earning promotion in 1966.

Relegation in 2005 saw the club hit a period of severe turmoil. Board members resigned and there were several misjudged managerial decisions. The club went into administration in 2009, resulting in a points penalty.

Relegated to League One, they finished seventh in the third tier in 2009/10 before consecutive promotions under Nigel Adkins took them back to the Premier League.

Adkins was controversially replaced by Mauricio Pochettino. The Argentine took the club to new heights, and they continued to impress despite continuous player sales.

Ronald Koeman continued the good work before a spell of relative instability and poorer performances under Claude Puel, Mauricio Pellegrino and Mark Hughes. Ralph Hasenhuttl was appointed in 2018.

Southampton’s main rivalry is with Portsmouth. The South Coast Derby is an intense fixture with Saints winning 35 of their 71 meetings all-time.

Southampton got the better of Pompey in their last clash too, beating their bitter rivals 4-0 in the League Cup in 2019.

The two sides haven’t faced each other much this century. Their last league season together was 2011/12 in the Championship – their previous league meeting was in the Premier League seven years prior.

Rivalries with Bournemouth and Brighton have been manufactured for marketing purposes, but neither club has overlapped enough to have a true rivalry with Southampton.

Southampton are owned by Lander Sports Investment. Their chairman is Gao Jisheng.

Gao spent around £200 million to purchase an 80% stake in the club in 2017 with the remaining 20% still held by the Liebherr family, who bought the club after administration.

It was reported in the summer of 2020 that Gao could be looking to move on from the club with certain news outlets claiming he would relinquish his share at a cut-price.

Although he rarely speaks publicly, an interview from 2019 suggested Gao wants the club to be self-sufficient.

He said, “I am not treating Southampton as a pig to be fattened and sold. I am treating it as a child. But my children must believe they cannot depend on the boss.

"I have said to Southampton: ‘I am now your father. But I am putting you on the right track: you need to feed yourself.”