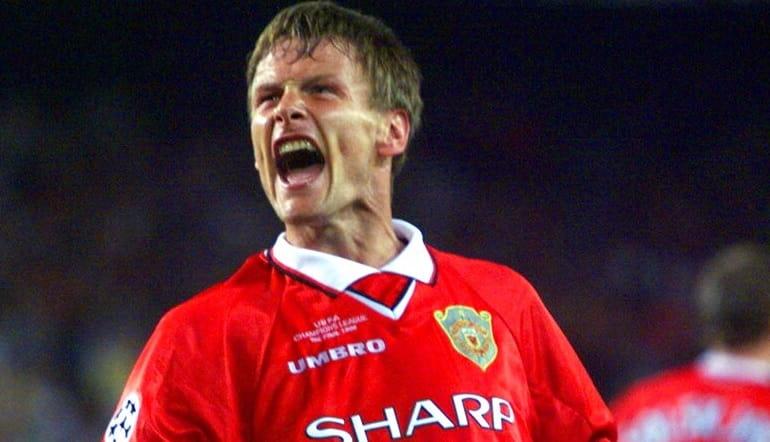 One of the most underrated players in Premier League history, Teddy Sheringham enjoyed plenty of success throughout his professional football career.

The Manchester United legend will be remembered for that equaliser in the 1998/99 European Cup final but Sheringham’s career was about so much more than one moment.

Online betting punters will recall his ability to link up play between the midfield and attack and his impact and influence was key to United’s success.

Having also played for the likes of Tottenham Hotspur and West Ham United, Sheringham was one of the players of his era and he conducted himself with the utmost professionalism.

In fact, Sheringham was able to play into his 40s and he set a new record as the oldest player in Premier League history in a 1-0 defeat to Manchester City in December 2006.

Nowadays, Sheringham finds himself out of the limelight but he still makes the odd punditry appearance from time to time.

Without further ado, it’s time to look at Teddy Sheringham’s career and net worth. How much is this member of the PL 100 Club worth today?

How Much Is Teddy Sheringham Worth?

However, online sources estimate his wealth at around £5 million. One can assume that the majority of his earnings are as a direct result of his football career.

Having played for some of the biggest clubs in English football, Sheringham earned more than a pretty penny throughout his career – and that’s referring to wages alone.

When you take endorsement deals into account, the figures obtained by footballers are on another level.

Sheringham is likely to have had a boot deal or two, particularly during his four-year spell at Manchester United.

Since hanging up his boots, Sheringham has tried his hand at poker – appearing in several professional tournaments across the globe.

In 2010, Sheringham made the final table in the €5,000 No Limit Hold'em Main Event in the EPT Vilamoura.

Being a feature in Premier League odds for so long, Sheringham is one of the highest profile ex-footballers to enter the poker scene.

While he missed out on the top prize, he finished a respectable fifth out of 384 total players and earned himself a lucrative pay day of €93,121.

Little else is known about Sheringham’s investment portfolio outside of football. Many opt to invest in property, others in cars – but Sheringham has kept his financial life very much behind closed doors.

Teddy Sheringham is married to Kristina Andriotis, with the couple tying the knot in 2016 – some eight years after his decision to retire from professional football.

However, Sheringham’s son Charlie followed in his father’s footsteps and is now playing for Chelmsford City in the National League South.

While Charlie’s career hasn’t quite matched the lofty heights of his father’s just yet, Teddy is regularly in attendance at his son’s fixtures. 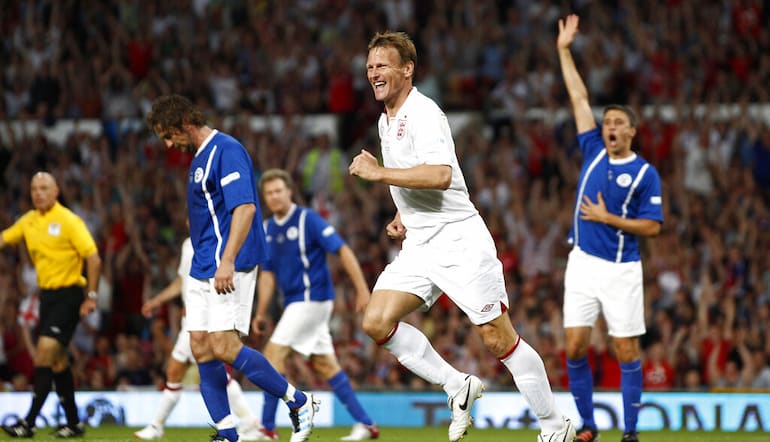 In addition, Sheringham has two other children with his wife – though names have never been made public. Teddy and Kristina have tried their hardest to keep their private life private…

Earlier in his life, Sheringham was known for his party lifestyle and he dated several glamour models, including Danielle Lloyd and Katie Price.

Nowadays, Sheringham is a doting father and a loving husband – much removed from his younger years as a bachelor footballer.

As mentioned earlier, Teddy Sheringham has a glittering trophy cabinet – with the majority of his success coming during his time at Old Trafford.

However, he was consistently among the goals throughout his Premier League career and he ranks as one of the top 25 all-time goal scorers in England’s top flight.

His tally of 146 Premier League goals is enough to put him on the PL 100 Club list and he will go down in history as a modern great of the sport.

Here, we’ve put together a chronological timeline of Teddy Sheringham’s professional career – from his early years at Millwall to retirement at Colchester United.

If you have been betting on football since the days of Sheringham leading the line for England, you’ll probably remember most of his success at club level.

Sadly, an international trophy eluded him prior to his retirement but Sheringham still enjoyed a very successful career – scoring 11 goals in 51 appearances for the Three Lions.

Here, you can find a list of trophies won by Teddy Sheringham. The highlight of course being the unprecedented treble won at Manchester United in the 1998/99 season.

Without further ado, it’s time to take a closer look at Sheringham’s trophy cabinet. This stalwart of Premier League predictions played a key role in every success noted below…